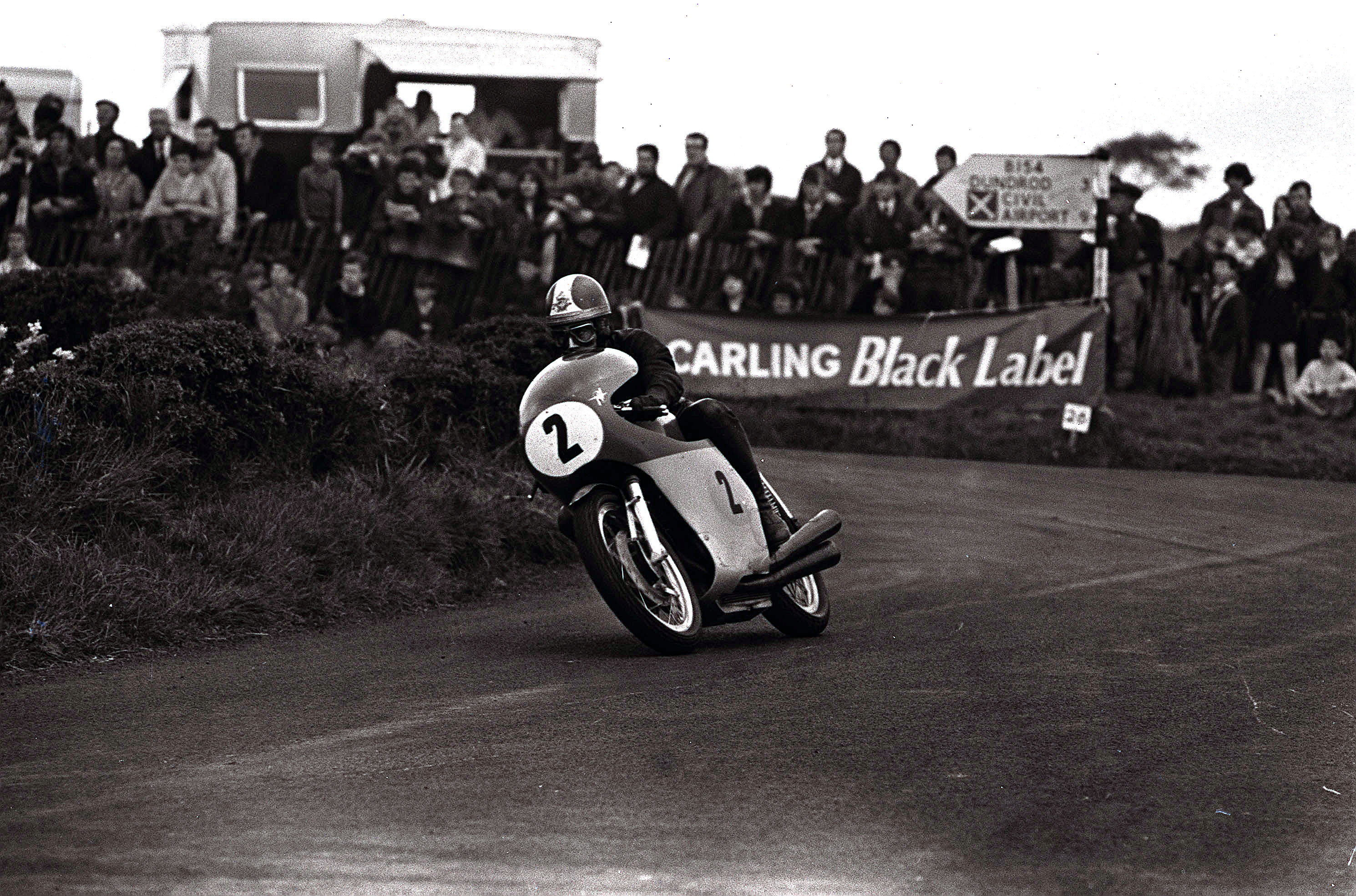 The next of our Ulster Grand Prix legends is considered by many to be the greatest motorcycle racer, and one of the greatest sportsmen, of all time. It’s not hard to understand why either, as you are about to discover.

Giacomo Agostini began racing at an early age but not with the blessing of his parents, who constantly tried to persuade him to pursue other careers.

Ignoring their concerns, Agostini continued his racing, contesting hill-climbing events before making to move to road racing. Success followed soon for the Italian; he won the 1963 Italian 175cc championship for Morini.

Still on a Morini Agostini proved his worth once again a year later in the 350cc national championship, winning the title and finishing a very respectable 4th in the Nations and the German Grand Prix as a 250cc wild card.

These results laid the foundations for Agostini to move onto the world stage in 1965 with MV Agusta in the 350cc and 500cc classes.

Results were instant; three wins and two other podiums in the 350cc world championship put Agostini into contention for the title alongside Honda’s Jim Redman.

The pair took their title fight to the final round in Japan, but a bike issue for Agostini handed the title to Redman. 2nd in both 350cc and 500cc Championships firmly put the Italian into the spotlight.

1966 saw Agostini finish 2nd in the 350cc Championship once again, but it was to pale in comparison to his achievement in the premier class.

This secured him his first World Championship and began a period of utter dominance that would see him win another six premier class crowns with MV Agusta.

The most famous of these came one year later. Agostini, the up-and-coming great of the time went toe-to-toe with Mike ‘the bike’ Hailwood. The pair both won five races each and the season went right down to the wire.

Hailwood won the season ending Canadian Grand Prix but lost the title on a count back of 2nd place finishes – Ago had three, Hailwood two.

Agostini left MV at the end of the 1973 season and moved to Yamaha. He won the 350cc World Championship that year but finished 4th in the 500cc class, with reliability issues hindering the Italian.

He would win the premier class the following year, which turned out to be his last World Championship. A return to MV and stints at Suzuki and Yamaha followed, but yielded just two Grand Prix victories, the 1976 350cc Dutch TT and 500cc German Grand Prix.

Agostini hung up his leathers in 1977 and had a brief spell on four wheels, taking two 3rd place finishes in the British Aurora Formula 1 Championship in his own Williams FW06. He departed car racing in 1980.

1982 saw the Italian return to the Grand Prix motorcycle paddock as a team manager. In charge of the Marlboro Yamaha squad, Agostini enjoyed much success. Eddie Lawson won three 500cc crowns for the team. He managed the Cagiva team in 1992 before the manufacturer left Grand Prix racing in 1994.

He truly is a legend, both around Dundrod and across the world.