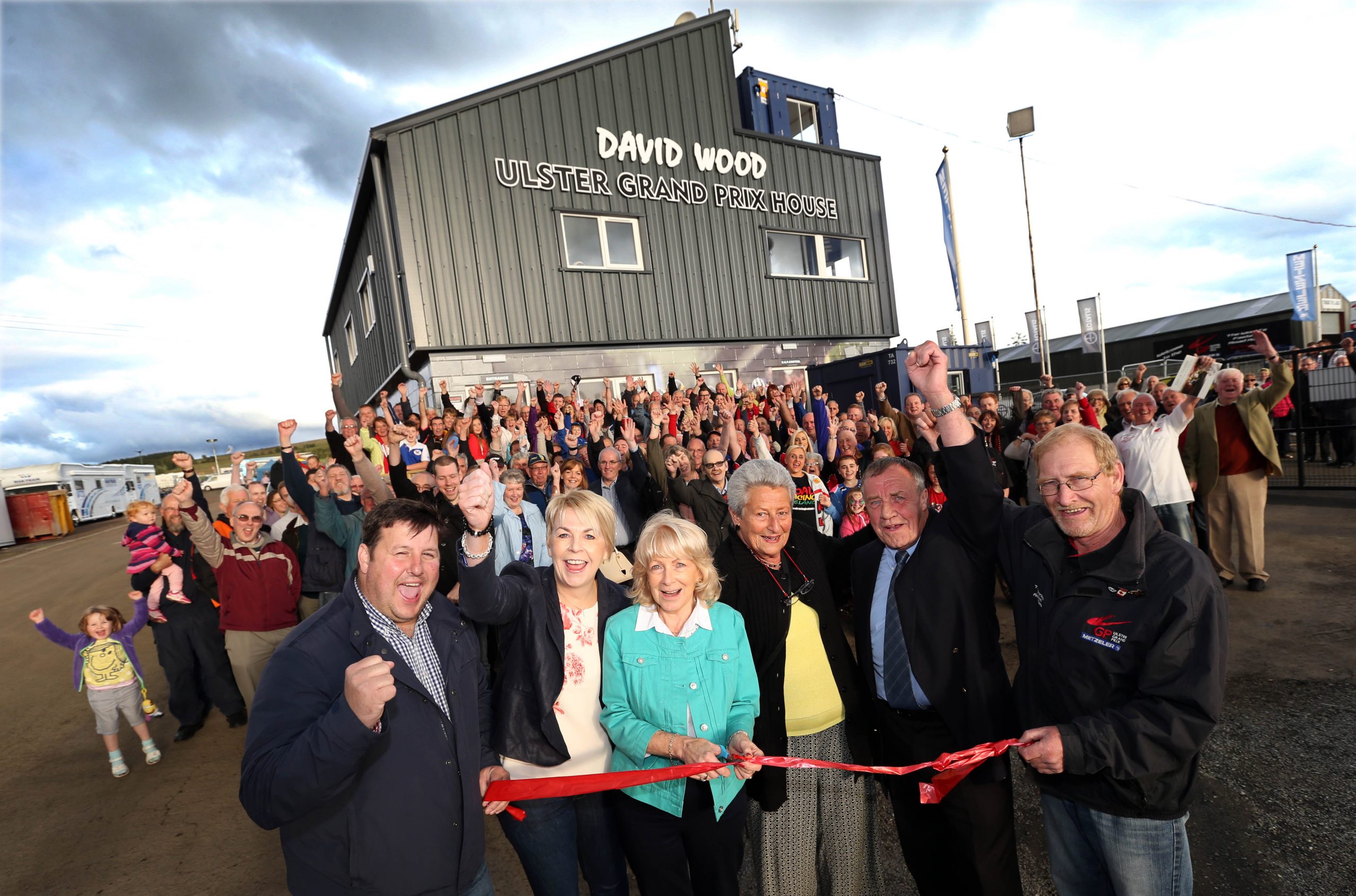 SATURDAY evening saw the official opening of David Wood Ulster Grand Prix House, a project that began two years ago when planning permission was granted to rebuild the building in the paddock at Dundrod.

Since then, more than £90,000 has been raised for this ambitious undertaking, with significant contributions coming from the Team Wood Foundation, the Ulster Grand Prix Supporters’ Club’s ‘Buy a Block’ campaign, the Dundrod & District Motorcycle Club and a grant from Groundwork NI.

Fundraising and grant applications are currently underway to raise the estimated £40,000 required to finish the new building.

The House was officially opened just in time for Bike Week 2015 by the BBC’s Stephen Watson, with speeches from Sharon Courtney, Barry Symonds, Ian Noad and John Harris.

It will contain the main race office, the race timings team, commentators, and will also be home to Club meetings and community events throughout the year.

James Courtney, President of the Dundrod & District Motorcycle Club and part of the Team Wood Foundation said: “We are absolutely indebted to everyone who has contributed to making the David Wood Ulster Grand Prix House possible, including the Team Wood Foundation, the UGP Supporters Club, Groundwork NI, DDMC and Lisburn & Castlereagh City Council.

“I’d also like to thank the wider community who paid £5 each towards the ‘Buy a Block’ campaign, your generosity has also made this possible.

“Last year marked the 10th anniversary of David Wood’s death, and we are honoured to have built this house in his memory.

“David was a terrific ambassador for the sport, both as a racer and as a racing manager – his most famous rider being Joey Dunlop. He was also instrumental in bringing a lot of sponsors to the sport and played a big part in helping younger riders find their feet.

“In respect of all that he did for motorbike racing, it is fitting that the Ulster Grand Prix will be home to this lasting memorial and I hope that we have done his memory proud,” James added.

There is still some work to do to complete David Wood Ulster Grand Prix House, and more funds will need to be raised.

James said: “We have got the building to a point where it is functional for this year’s race meeting but there is still a lot of work to be done after Bike Week ends and money to be raised to do so.

“Fans can still buy a block, it’s just £5 each and everyone who donates will be personally named on a plaque inside the house. It’s a unique opportunity to be part of UGP history.”

The Team Wood Foundation is made up of Lee Wood, James and Sharon Courtney, Sally Best and Ken Stewart.

For more information on the Buy a Block campaign or to find out more about Bike Week events please visit www.ulstergrandprix.net. You can also follow @UlsterGrandPrix on Twitter and find us on Facebook.