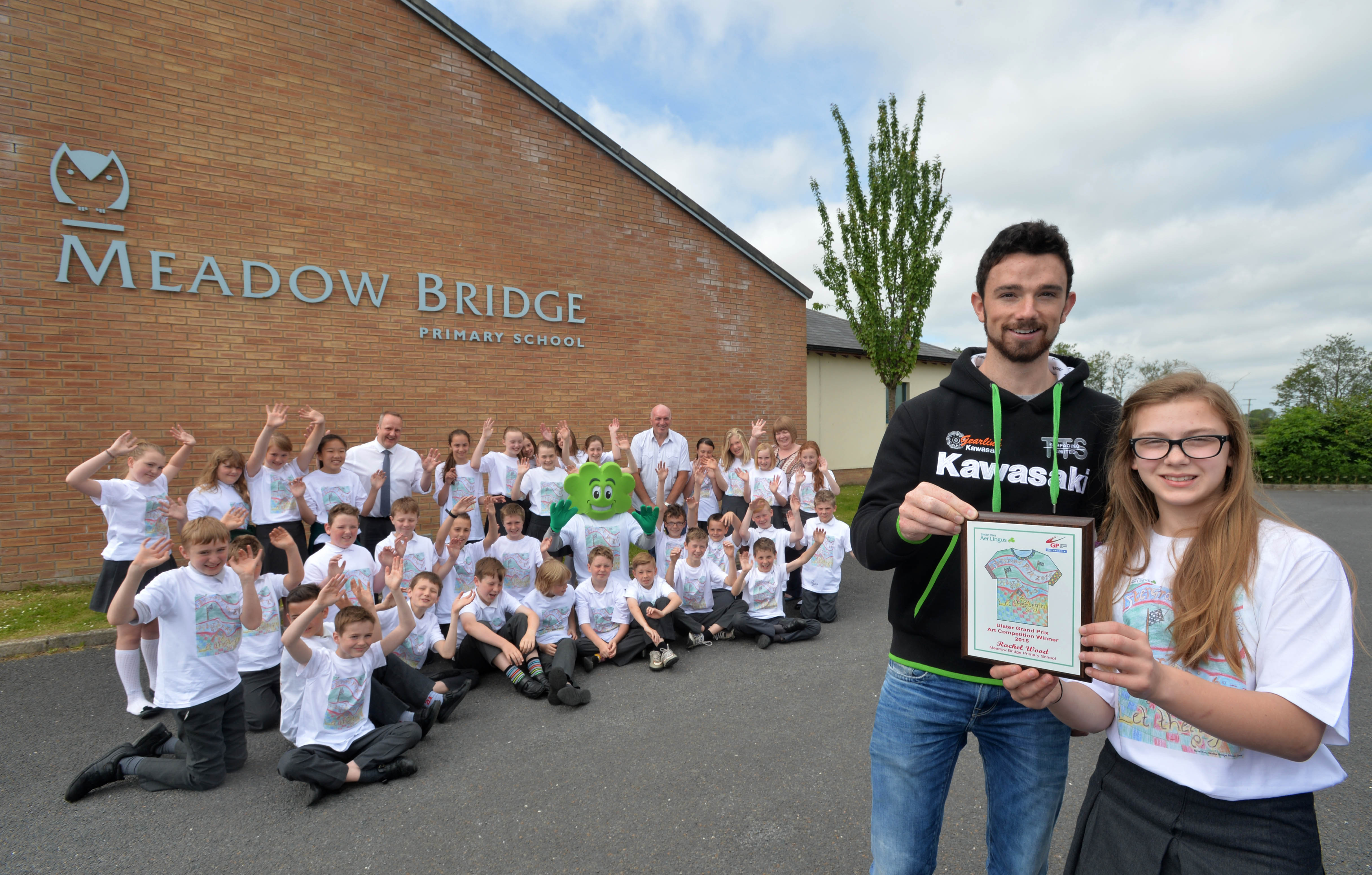 The competition challenged P7 students across Northern Ireland to use their imagination and artistic talent to design a new t-shirt for the Aer Lingus Mascot, Rover the Flying Clover to wear during Bike Week at the Metzeler Ulster Grand Prix.

More than 200 pupils entered and after creating a short-list of the five best designs, the judges unanimously selected Rachel as the overall winner.

As part of her prize, Rachel and her class received a visit from Rover the Flying Clover and leading racer Glenn Irwin, and they were all presented with t-shirts printed with the winning design.

Rachel said: “I can’t believe that I won! I thought it would be fun to create my own t-shirt, but I’m so happy that the judges liked my design too, and having Glenn and Rover come to school for a day was really exciting.”

Andrea Hunter, Business Development Manager for Aer Lingus said: “The standard of entries was so high that it was very difficult to choose a winner, but with its bright colours and detailed lettering Rachel’s design really stood out.

“She obviously put a lot of effort into the project and Rover is delighted with his new t-shirt. Over 50,000 racing fans will have the chance to see her design during Bike Week and it’s a great way to celebrate the seventh year of our partnership with the Metzeler Ulster Grand Prix.”

Noel Johnston, Clerk of the Course at the Metzeler Ulster Grand Prix said: “The response to the competition has been fantastic, there are a lot of young road racing fans and they clearly have a lot of artistic talent.

“Rachel is a worthy winner and her design will help bring even more colour to the paddock during Bike Week. We’d like to thank all of the pupils who entered; there were some brilliant efforts.

“For all our younger fans we’ve been making changes at the Metzeler Ulster Grand Prix to make it even easier for you to enjoy the World’s Fastest Road Race, as entry is now free for all under 18s when accompanied by a paying adult.”

To find out more about Bike Week and the festival of events on offer for the whole family, visit www.ulstergrandprix.net. You can also follow @UlsterGrandPrix on Twitter and find us on Facebook.