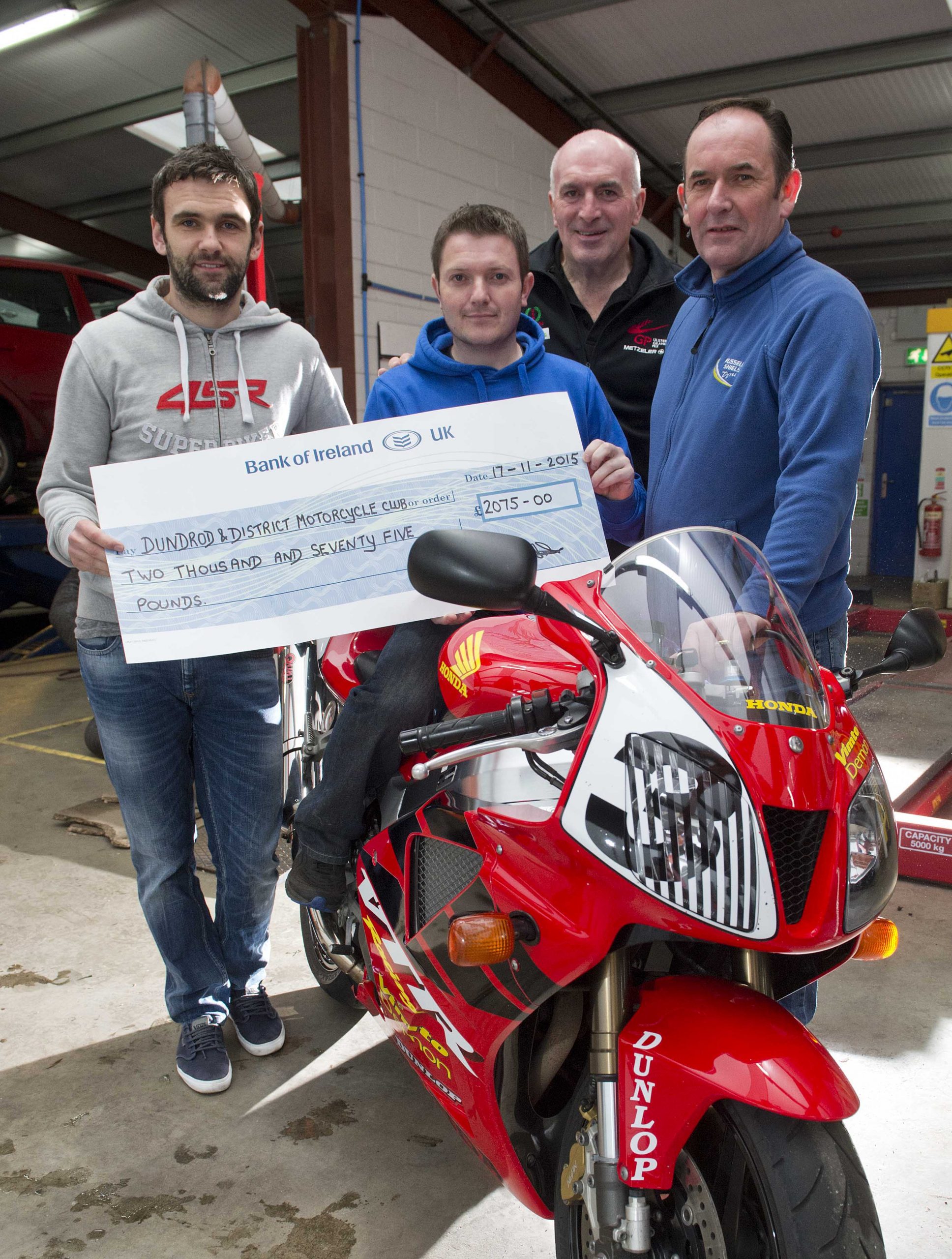 The road racing season may be on hiatus for the winter but the hard work continues behind the scenes as Russell Shiels Tyres Ltd has been busy raising more than £2,000 towards the cost of replacing the Joey Dunlop grandstand at the start/finish line of the famous Ulster Grand Prix circuit in Dundrod.

Russell said: “I’m a massive Joey fan and when I heard that the Dundrod & District Motorcycle Club would have to erect a new Joey Dunlop grandstand to replace the existing structure, I wanted to do something to help the Club towards the cost.

“For me Joey was and still is a legend and I’m a keen collector of memorabilia from his career, including a replica of the Honda SP1 that he rode to his famous Senior TT victory in 2000, but I knew that if it was a tribute to Joey it then it had to feature the iconic yellow helmet that he wore throughout his career.

“Together with my wife Sharon and with kind permission from Linda Dunlop, we decided to design and produce a mini replica of his famous helmet in the form of an air freshener and we knew there would be strong demand from the road racing community and lots of interest from our customers passing through.

“It was a great success and although it is just one small gesture we’ve been able to make a big donation thanks to the all of the support we’ve received.”

Gary Dunlop, Joey’s eldest son said: “My Dad loved racing at Dundrod and he had some close battles there over the years, so it’s great to see people like Russell raising money to help continue his legacy at the circuit.

“It means a lot to the family and we’re glad that even though the old grandstand had to come down, its replacement will continue to be named after my Dad and be part of the Ulster for years to come.”

Noel Johnston, Clerk of the Course at the Ulster Grand Prix said: “On behalf of the Club I’d really like to thank Russell Shiels for his efforts and I’d also like to thank Linda Dunlop, who has also raised more than £1,000 for the same cause by hosting a night at the races at Joey’s Bar in Ballymoney. It’s a fantastic amount and we’re very grateful.

“Bike Week 2015 saw a temporary Joey Dunlop stand put in place along the start/finish line that not only increased capacity by 100 seats but was once again a sell out success with the fans.

“It’s likely that in the short to medium term, we will continue to use this stand but one thing is certain, its name will always honour the King of the Roads.” 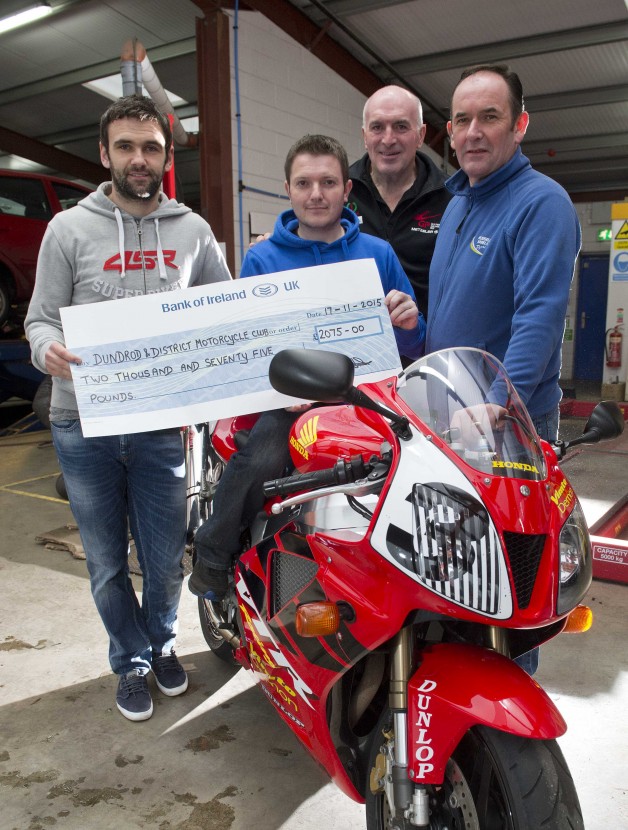