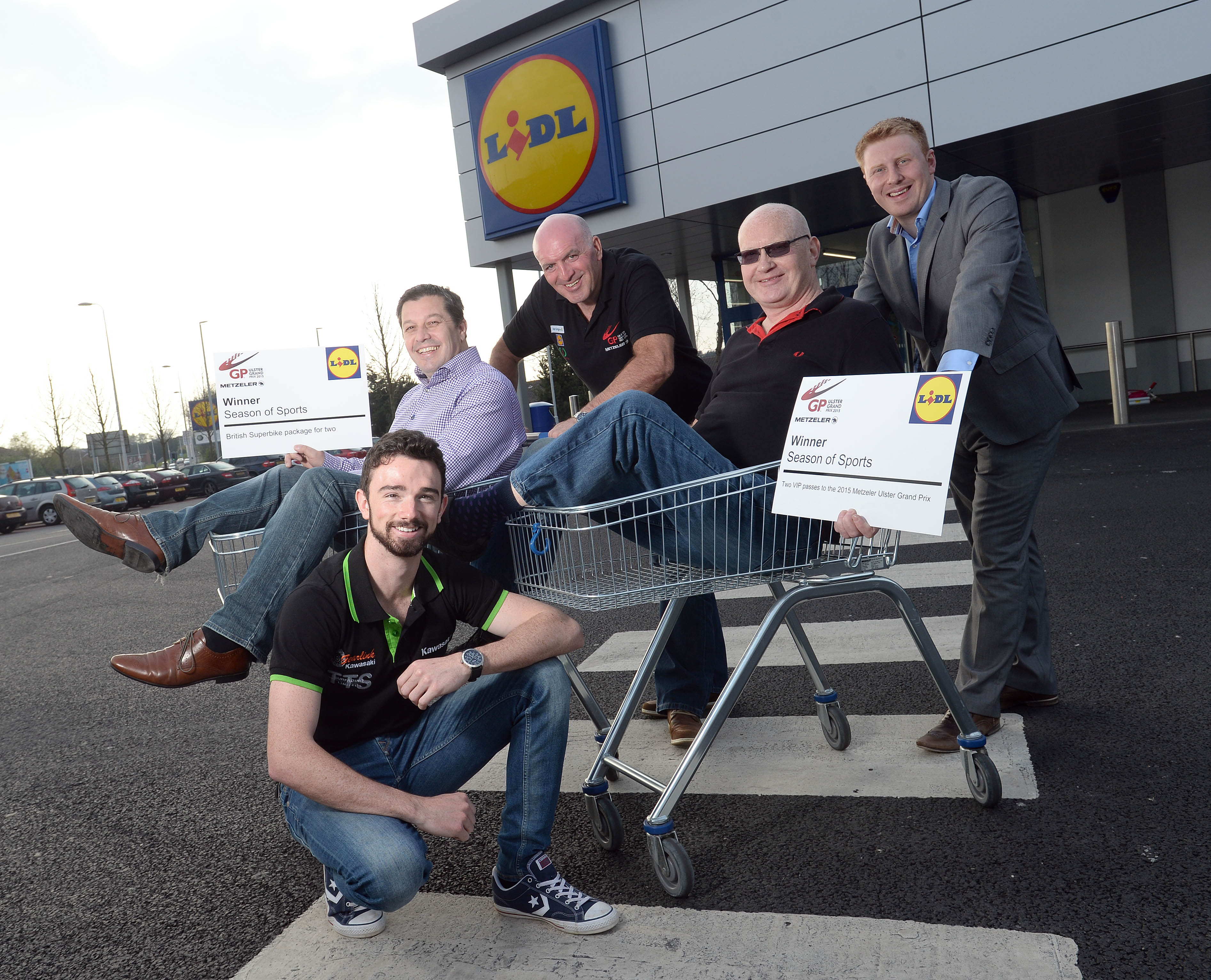 TWO lucky fans have celebrated winning tickets to some of the UK’s most exciting motorcycle events as part of the ‘Season of Sports’ competition run by Lidl and the Metzeler Ulster Grand Prix.

Warren Simpson, from Newtownards was the recipient of the top prize, a trip for two to round six of the British Superbike Championship at Brands Hatch, while runner up Ian Agnew, from Moira won two VIP passes to the 2015 Metzeler Ulster Grand Prix.

They were presented with their tickets at a special meet and greet with British Supersport and road racing star Glenn Irwin at Lidl’s new flagship store in Lisburn.

The competition, which was created by Lidl in conjunction with the Metzeler Ulster Grand Prix, cost just £3 to enter, with all proceeds going to charity.

Noel Johnston, Clerk of the Course at the Metzeler Ulster Grand Prix said: “I’m delighted for Warren and Ian and I’m sure they will enjoy their prizes. I know Ian certainly won’t be disappointed, as we have plenty in store for Bike Week 2015 to keep him and all of the fans entertained.”

Paul Gibson, Sales Operations Executive for Lidl Northern Ireland said: “The Season of Sports competition has helped us to make a vital contribution to local charities.

“With Bike Week less than 100 days way we’re already looking forward to another great year of working alongside the Metzeler Ulster Grand Prix.”