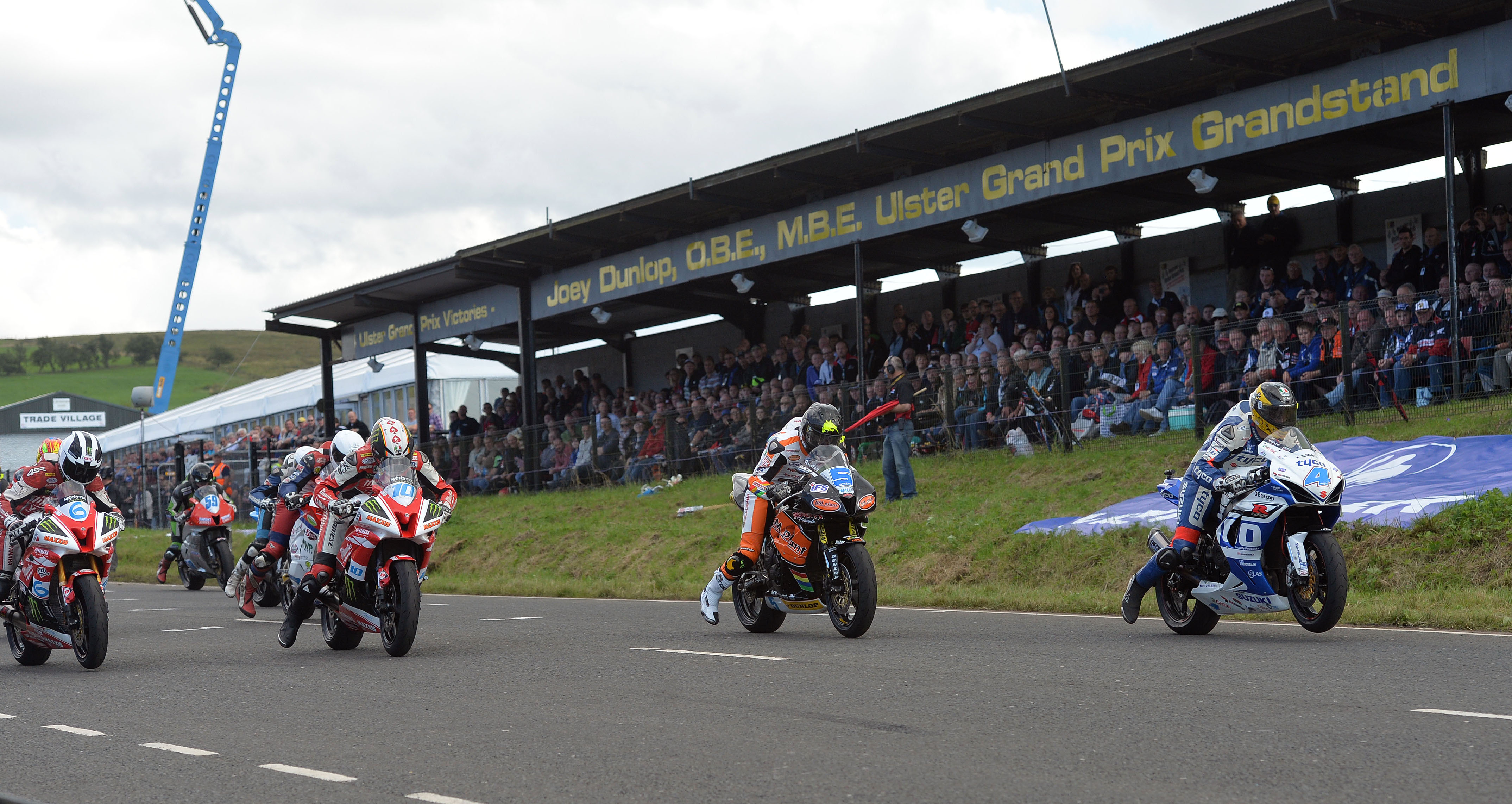 The Dundrod and District Motorcycle Club has confirmed that a new grandstand will be erected at the start/finish line of the Metzeler Ulster Grand Prix.

The old grandstand came from Cherryvale Playing Fields in 1978, and was named after Joey Dunlop by the Dundrod & District Motorcycle Club.

Arising from the Safety of Sports Ground (NI) Order 2006 part 3 of which relates to regulated stands for spectator accommodation coming into force in 2015, a decision has now been made to replace the existing structure with a temporary grandstand on the concrete base.

The new grandstand will have 660 seats, an increase of 100 on the old structure, and will be constructed each year in the same way as the other temporary, modern structures around the circuit, such as the one at Leathemstown.

Noel Johnston, Clerk of the Course for the Dundrod & District Motorcycle Club said: “The Joey Dunlop grandstand holds a lot of memories for our fans, and of course for Joey’s family too.

“We’ve spoken to the Dunlop family and they are supportive of our plans. They understand it’s very important to us that going forward the grandstand continues to commemorate Joey’s achievements by being named in his honour, and we will have permanent signage to that effect.

“We’ve taken into consideration a number of factors in the decision to remove the structure and build a new one, including health and safety, economic viability and planning requirements and I think we’ve made the best decision we could.

“As a Club we’re making a lot of exciting plans to ensure the Ulster Grand Prix continues to go from strength to strength, with visitor numbers increasing year-on-year we are glad to say that the new grandstand structure will allow us to increase seating to meet demand,” he added.