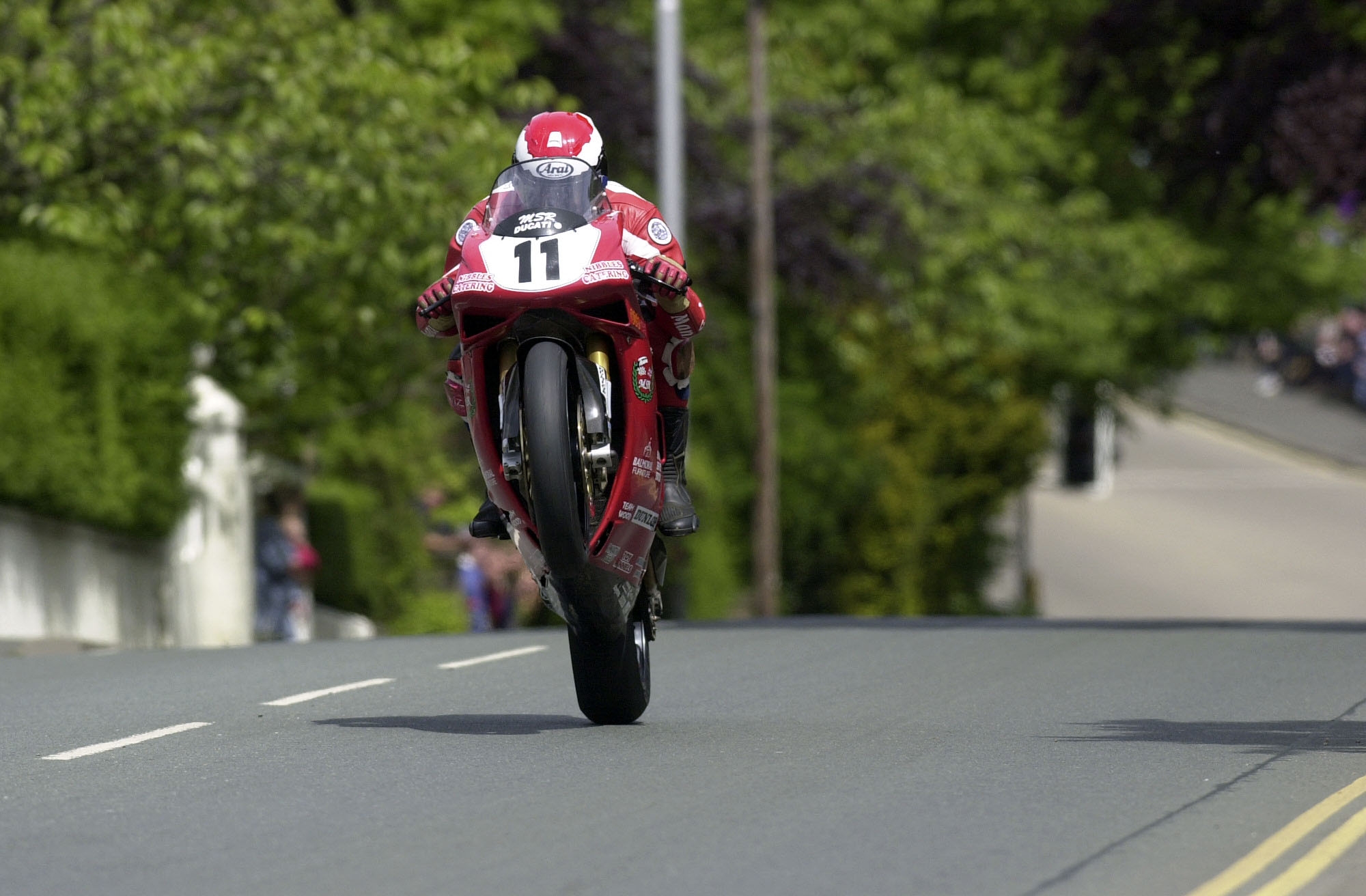 The new road racing season is now upon us and it’s always a busy time of year for me.

Whether it is as a fan, competing as I did many years ago, or in my work with the Dundrod & District Motorcycle Club there is plenty to keep me occupied, alongside my day job of course.

My own racing career started in 1988 and I competed for almost 15 years across the UK & Ireland on both road and short circuits. I’d always been interested in the sport and I loved the competition, so it was a natural progression for me to get involved.

I got into racing quite seriously, taking part in the major international and Irish meetings and I managed to rack up almost 100 wins and six championships across a range of classes, from 125cc to superbikes.

When I’m asked to pick a highlight I always find it difficult, as there were so many great days racing. Sometimes the good weather, the atmosphere and friends made even an average day on the track better and it’s given me some great memories.

I had one international win at the Ulster Grand Prix in 1995 and three wins at the Manx Grand Prix that definitely stand out, and I stood on the podium a few times at the Isle of Man TT.

I was also the first rider to win every round of an Irish road race championship in one season in 1995 and I held lap records at quite a few circuits too, some of which still stand today.

Throughout my career I was fortunate to be on the grid with some of the sport’s legends including Joey and Robert Dunlop, Phillip McCallen and Brian Reid, and I was always full of admiration for Joey in particular, as he was a gentleman racer and was at the fore for so many years.

They were great times and there were so many good days but as I found out, there will always be bad ones too.

In 1999 I was competing at the TT again, having enjoyed some good results there the previous year.

I was riding in the 250cc race when I fell and crashed heavily, landing feet first into a wall and badly damaging my feet, legs and ankles. It took me many months to recover and I never really got back to full fitness, as I couldn’t regain 100 per cent mobility in the joints.

I did race on for a couple more years but I had to make a lot of modifications to my bike just to allow me to ride and it just wasn’t the same.

The reality is that in racing there are highs and lows and I’ve found that being a business owner is exactly the same.

It all started when I made the graphics for my race bikes and truck. I soon started doing more and more for other riders and it simply grew from there. Today we work a wide range of clients, both locally and internationally.

One client, located just a few miles from our offices in Nutts Corner and that is close to my heart is The Metzeler Ulster Grand Prix.

We provide sponsor branding and signage for the track and podiums, although my connection to the races runs a little deeper.

I’m the President of the Dundrod & District Motorcycle Club (DDMC), the organisation behind the Metzeler Ulster Grand Prix.

In my role I help out with the executive board to ensure that Bike Week is as successful and smooth running as possible.

It may be four months away, but we’re already busy preparing for 2015.

After many years of planning and fundraising, one of the biggest developments is that work has started on UGP David Wood House, the new home for the race offices, timekeepers and amenities in the pits at Dundrod.

It’s part of our continuing efforts to improve Bike Week, which runs from the 3rd to the 8th August this year, for competitors and fans of all ages.

The races are in good health, as the Metzeler Ulster Grand Prix has become a true family event, with competitions, entertainment, hospitality and of course, plenty of between the hedges action.

We also see a growing number of international fans and we hope to attract more in the coming years, as the World’s Fastest Road Race has a huge fan base across the world, many of whom would love the opportunity to visit the races and Northern Ireland.

As a country we are now recognised as a leading tourist destination. There is so much to see and do, and I feel that the Metzeler Ulster Grand Prix can play a significant part in this growing appeal and potential.

We have a great team at the DDMC who give up their time to drive the races forward every year. We’re all fans and it’s something we all enjoy being a part of.

For me personally, I’ve stayed close to the sport that gave me so much, even in my professional life, and the Ulster Grand Prix has always been my favorite event so I’m proud to lend my support.

While work keeps me busy all year round, in the weeks leading up to Bike Week free time becomes an almost alien concept and sometimes it’s difficult to switch off, but it’s always enjoyable.

All I know is that I wouldn’t have it any other way.