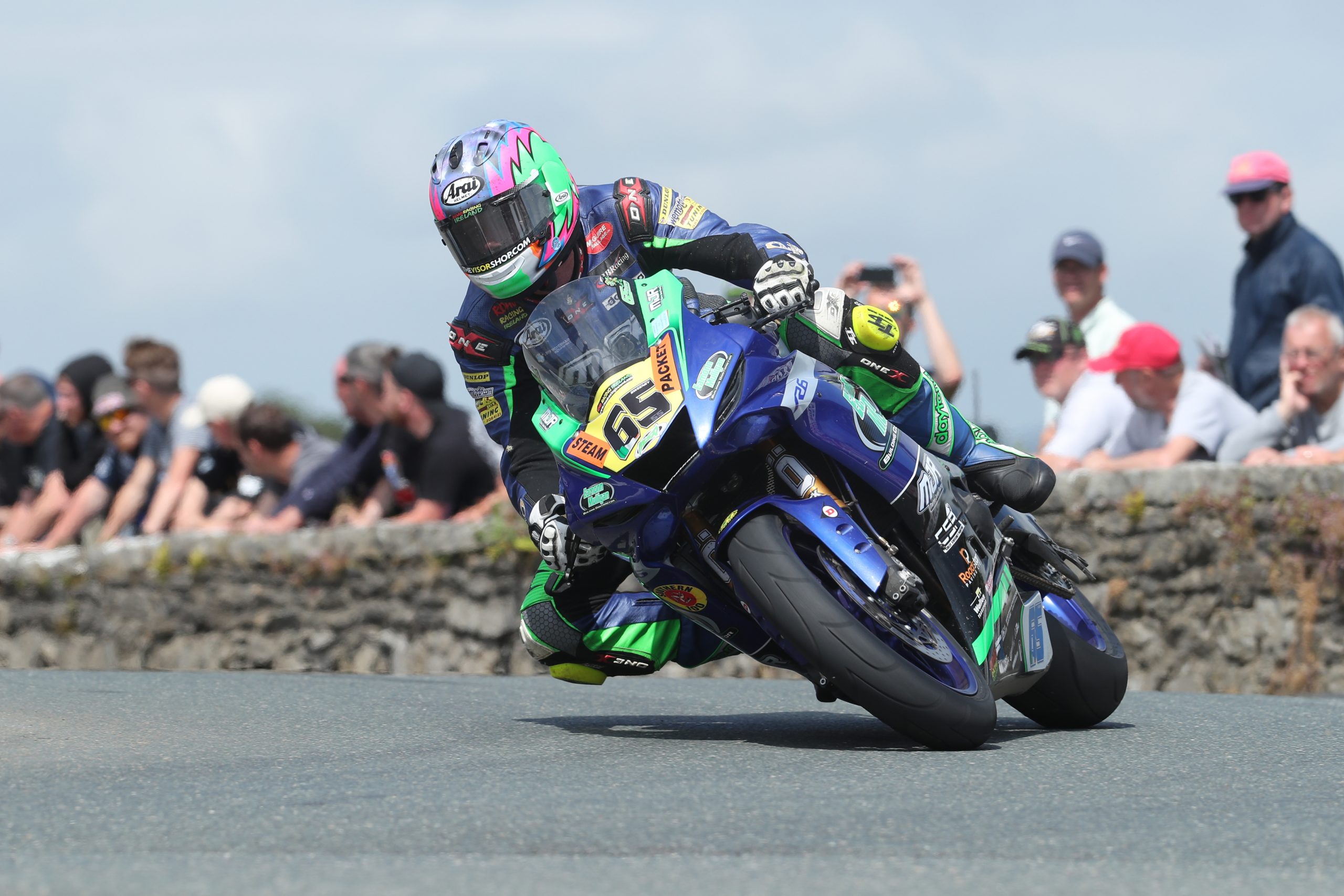 Derek Sheils is aiming to turn his brilliant form on the Irish National road racing scene into a strong international result at this year’s fonaCAB Ulster Grand Prix on August 3-10.

The RK Racing/Burrows Suzuki rider has won seven superbike races in a row in a run that included victories at Skerries, Kells, Walderstown and Faugheen during July and August.

“I’d really like a decent result at the Ulster this year.” the Dubliner said.

“I just need Lady Luck to be on my side!”

Unlike almost all of his opposition, Sheils is hoping for some Dundrod rain to help reduce the power advantage of rivals like Peter Hickman and Dean Harrison.

“A bit of inclement weather can level things out a touch.” the 36 year old, who finished 4th in the wet superbike race at this year’s NW200, said.

“Wet conditions can help pull some of the fast boys back a bit and I can get stuck in.”

Sheils will also ride the Macau Roadhouse Honda in the Supersport races and will arrive at Dundrod race sharp after competing constantly throughout the summer in the National events. But the Dubliner is under no illusions as to how much stronger the opposition he faces at the Ulster will be.

“I’ve got around Dundrod at132mph.041mph on the old Suzuki in 2017 so the pace is there with the new bike for a top six result.” Sheils said.

“But it has to be up around 135mph if you want to make the top three.”

Sheils is at the forefront of a cohort of riders from the Republic of Ireland who are currently leading the way in Irish National road racing. Derek McGee has decided to sit out the rest of the season but 2018 Manx Grand Prix winner James Chawke will be a newcomer at Dundrod this year and Michael Sweeney will also be in the mix.

Chawke, from Rathkeale in Co Limerick, will line-up for the UGP Superbike, Superstock, Supersport and Supertwins races and must start as one of the favourites to win the top newcomer award.

“I’ve done a few laps of the course plus a bit of homework and I’m really looking forward to racing at Dundrod.” the 27 year old said.

Chawke won the 2018 Junior Manx GP and raced at this year’s TT, lapping at 123.9mph on his Chawke Racing GSXR Suzuki. His most impressive results have come in the Supertwins class on a Mark Coverdale Paton with an 11th place finish in the Lightweight TT and a brilliant 4th at the North West 200 in May.

“I think the Paton will be well suited to Dundrod and if I can match the result I had at the North West and be the fastest newcomer of the week I will go home happy.” the Limerick rider smiled.

Michael Sweeney won the recent Supertwins races at Skerries and Faugheen on the Kiely Heating Kawasaki he will race at the Ulster. The Skerries man will also ride in the Superbike and Superstock races on his MJR BMW S1000RR and Eamon Mulligan’s R6 Yamaha in the Supersport events.

“It has been a good season so far on the Irish roads and I surprised myself by beating some of the regulars at the recent Southern 100.” the 35 year old said.

Sweeney claimed three podium finishes, including a runner up spot in the Supertwins race, at Billown in just his second visit to the Manx meeting.

“I hope to be able to battle for a podium finish in the Twins race at the Ulster and a top six in the 600cc races.” Sweeney said.

“My fastest Dundrod lap is 129.99mph so I definitely want to break the 130mph barrier too!” 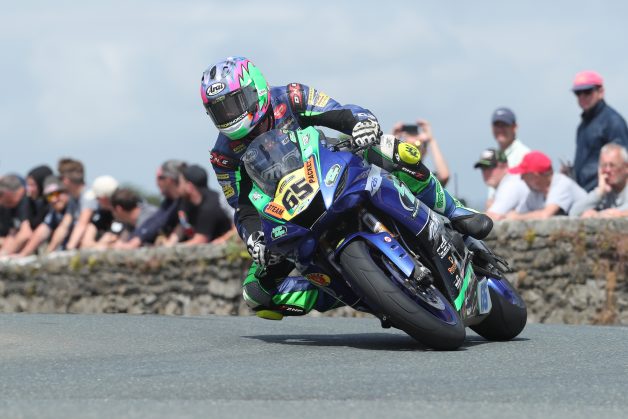 PACEMAKER, BELFAST, 2019: Michael Sweeney inn action on the Mulligan Yamaha at the Southern 100. 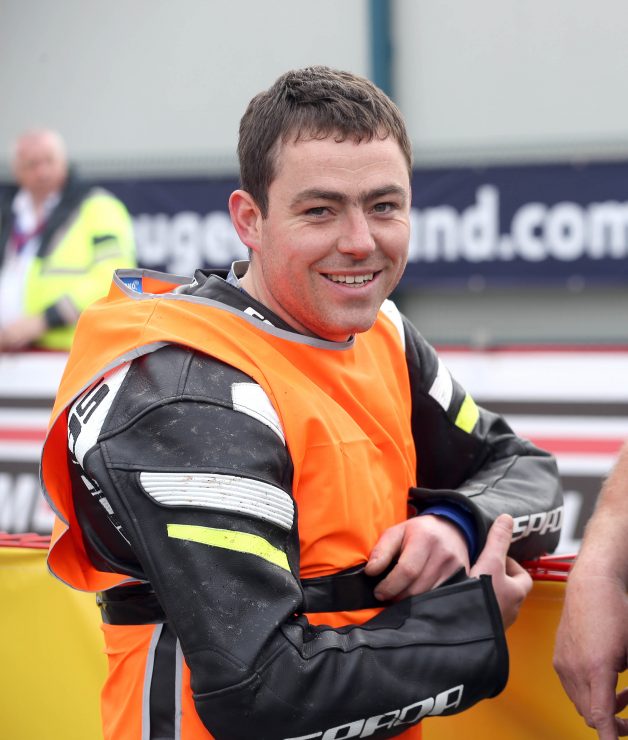 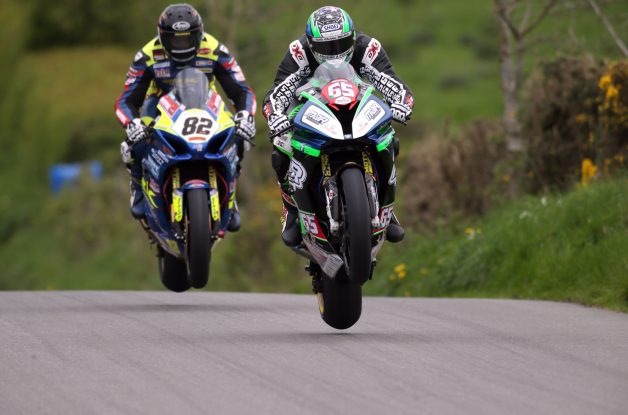 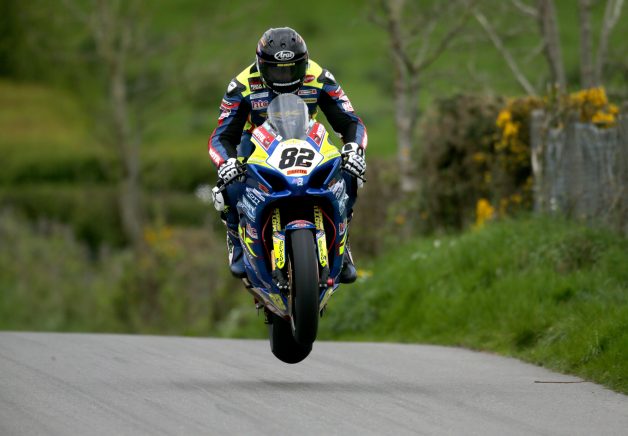