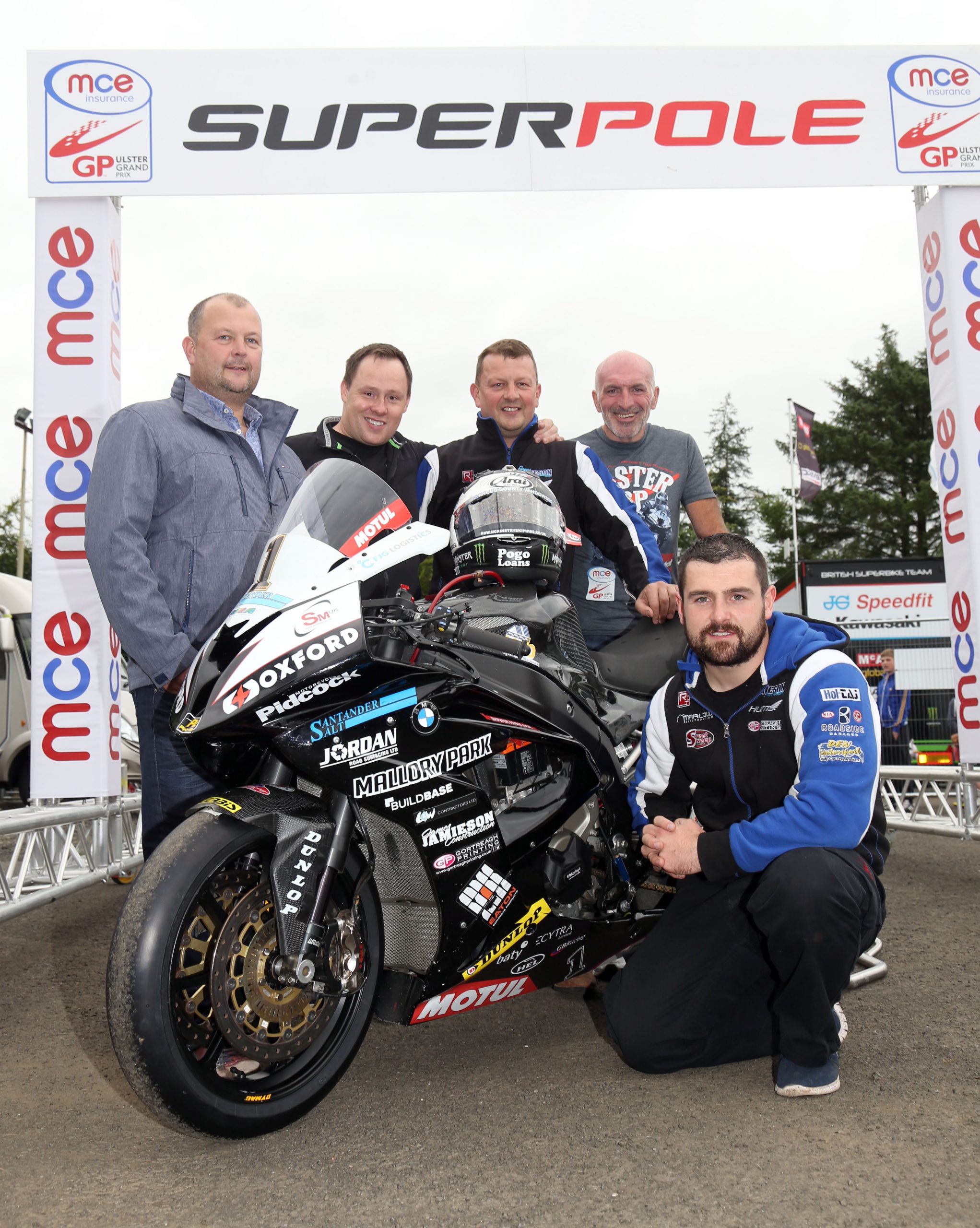 Promoters of the MCE Ulster Grand Prix have confirmed that the Superpole session is planned to take place on main race day, Saturday 13th August.

The new format qualifying session was originally meant to happen during Thursday’s Plant Lubrication (NI) Dundrod 150 races, but was cancelled due to difficult weather conditions.

The fastest 10 riders from Thursday’s MCE UGP Superbike qualifying will now take to the circuit during tomorrow’s racing schedule for a special timed event, battling for pole position in the two superbike races.

Clerk of the Course Noel Johnston has stated however that Superpole will only run if conditions are suitable, and should it not the grid positions will be based on the results of Thursday’s practice sessions.

Noel Johnston, Clerk of the Course said: “I am pretty determined to make this happen and I’d say most of the guys will be happy to get an extra couple of laps in prior to the main event of the day.

“The weather was against us on Thursday but my plan is to stage the Superpole after the second race in what I hope will be a thrilling pre-cursor to the Superbike races. Seeing some of the top boys pushing it on a flying lap of this amazing circuit will be a great spectacle,” he added.

Tickets for the MCE Insurance Ulster Grand Prix can be purchased at Topaz Airport Road Service Station or Whitemountain Centra Service Station and on the approach roads to the circuit. Roads close at 09.30 sharp. 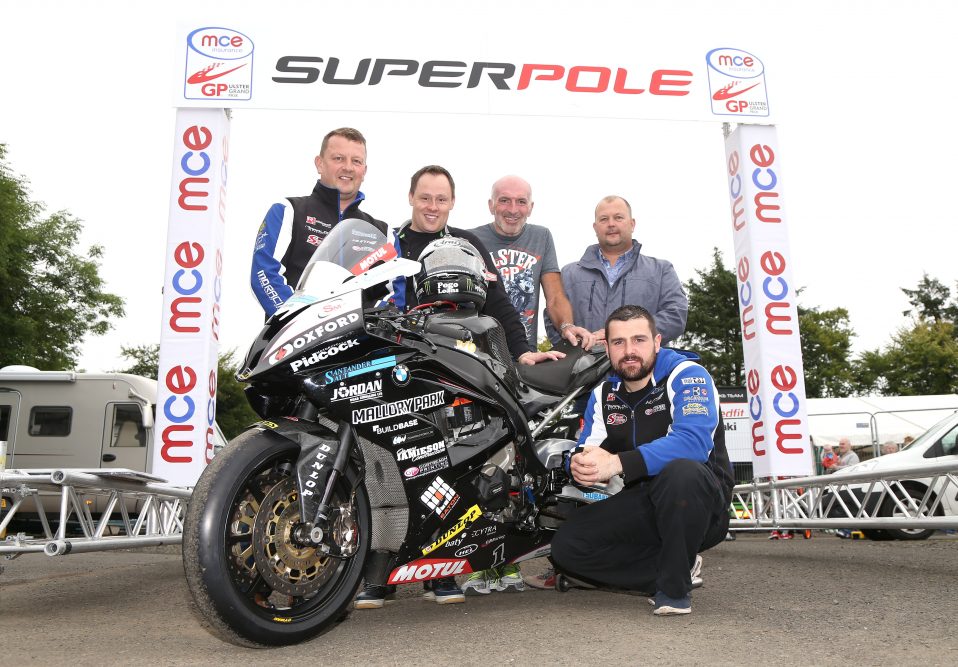 PACEMAKER, BELFAST, 12/8/2016: Michael Dunlop, who will start at Number One on his Hawk BMW in the rescheduled Superpole session which will take place on Saturday morning of MCE Ulster Grand Prix race day, is joined by Clerk of the Course, Noel Johnston and sponsors Darren and Mark McKinstry of McKinstry Skip Hire and James Jamieson of James Jamieson Construction.
PICTURE BY STEPHEN DAVISON