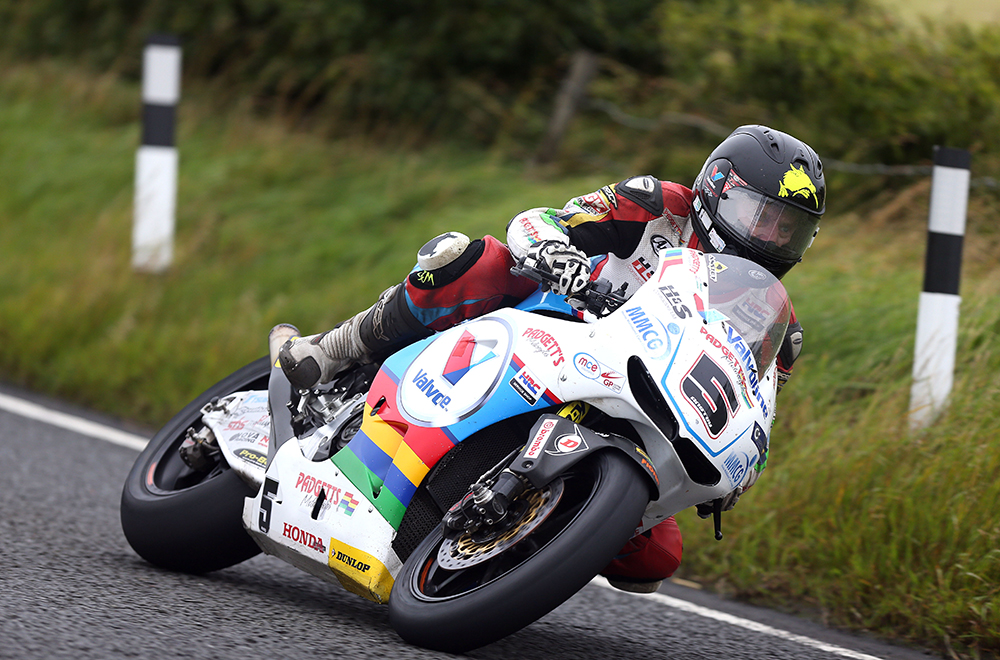 The Ballymoney rider’s 131.783 mph lap was enough to clinch the top spot ahead of Peter Hickman’s Kawasaki, while in the final session of the day Dunlop also took a win in the shortened Dundrod 150 Superbike race ahead of Bruce Anstey on the RCV Honda.

Conditions were once again mixed, ensuring the lap record remained safe for another day, with the Clerk of the Course Noel Johnston shuffling the schedule to allow time for as many practice sessions and races as possible.

Among those was final qualifying for Saturday’s Supersport races, where it was Bruce Anstey who took pole position ahead of Ian Hutchinson, Conor Cummins and Dean Harrison.
The ‘flying Kiwi’ was on fine form, but there were a number of strong performances throughout the chasing pack including Paul Jordan in ninth and Derek McGee in eleventh.

In the Plant Lubrication NI Dundrod 150 races, the Lightweight class saw one of the closest battles of the day with Neil Kernohan crossing the line just 0.069 ahead of Saintfield’s Davy Morgan, followed by Paul Robinson in third.

Things weren’t so close in the Ultra-lightweight race however, where Christian Elkin took a dominant win over Sam Wilson and Derek McGee on the Joey’s Bar Hondas. Newcomer Gary Dunlop came home in fourth, ahead of Melissa Kennedy and Callum Laidlaw.

Next up was the Dundrod 150 Challenge race and it was David Jackson who finished just ahead of Dominic Herbertson and Mike Booth, with Sam West a respectable fourth on his Dundrod debut.

In the Dundrod 150 National race meanwhile, Graham Kennedy took the win. Glenn Walker, Sean Connolly, Gavin Lupton and Dean Campbell rounded out the top five in a huge field of over 60 bikes.

Friday now sees a break in the action on track, with a family fun day scheduled in the paddock at Dundrod, before the MCE Insurance Ulster Grand Prix gets into gear on Saturday. Roads close at 9am sharp, with tickets available at road ends priced at £25 for adults and free for under 18s. The racing will also be broadcast live on BBC Radio Ulster.