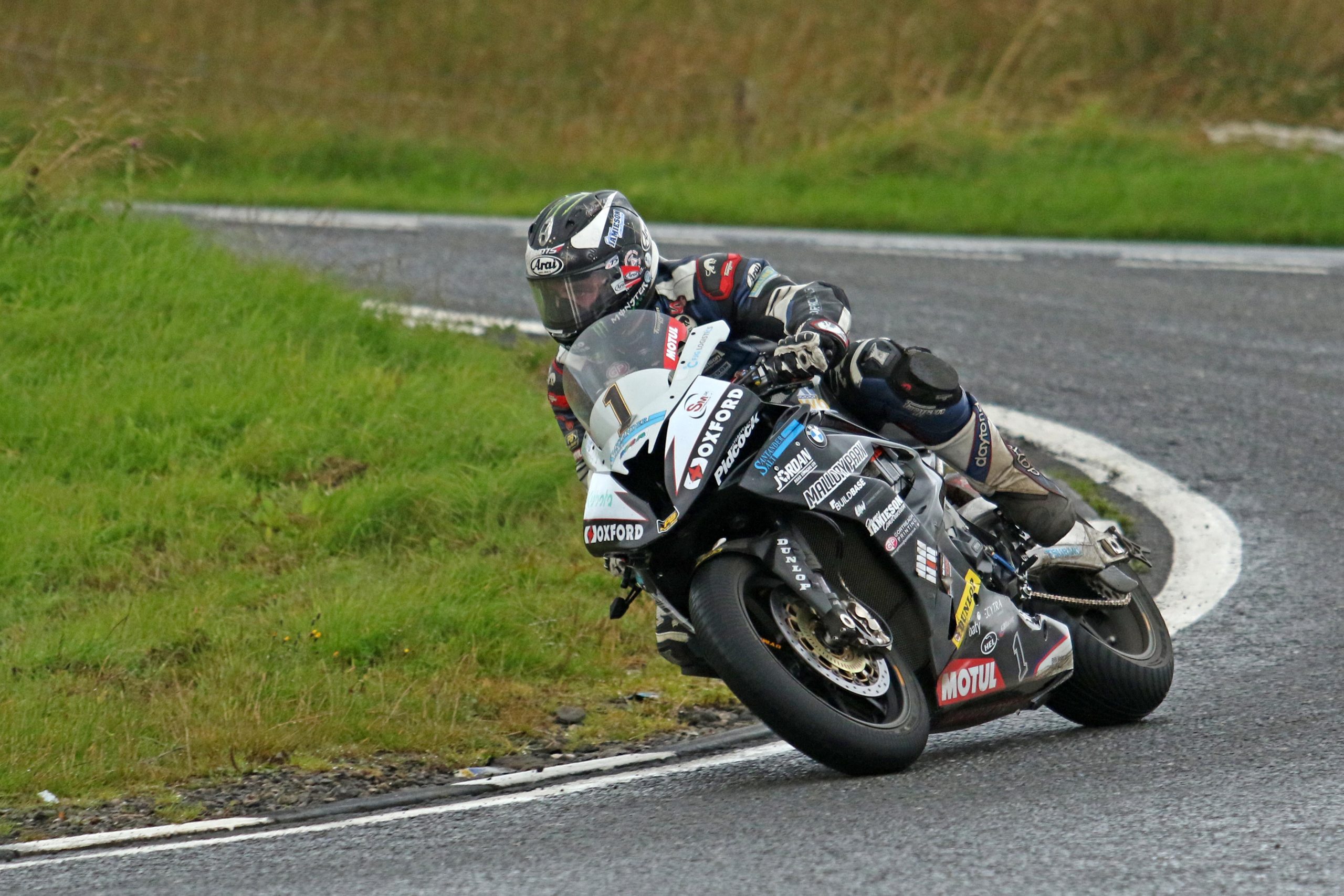 Local favourite Michael Dunlop continued his Superbike dominance on the roads as the first day of practice got underway at the MCE Insurance Ulster Grand Prix.

The Hawk Racing BMW rider set the fastest lap of the day in the big class with a 121 mph charge in the final session, and also topped the Superstock timesheet as the Dundrod circuit endured a day of mixed conditions.

In the Supertwins it was Derek McGee who led with a 108.107mph lap, followed by the chasing pack of Daniel Cooper, Michael Sweeney and Derek Sheils. With hot favourite Ivan Lintin ruled out due to injuries from his crash at Scarborough, it promises to be a close battle for the win on Saturday.

In the Ultra-lightweight class Christian Elkin led Derek McGee and Adam McClean, with Gary Dunlop eighth on his Dundrod debut. While in the Lightweight session Lee Johnston was quickest, but having set his fastest time the popular Maguiresbridge rider then sustained a broken collarbone at the Lindsay Hairpin, ruling himself out for the remainder of the event.

The reigning man of the meeting was trying to get some time on board the 250cc machine he is to ride at the Classic TT, but he now looks likely for a spell on the sidelines as he recovers. The East Coast Racing team have already secured a replacement however in Gary Johnson, with the Lincolnshire rider set to take his place subject to approval from the race committee.

Johnson will make his bow tomorrow when the bikes will be back on track again with practice for the MCE Ulster Grand Prix followed by the the Plant Lubrication NI Dundrod 150 races and the new Superpole session for the Superbike class.

Roads close at 10am sharp, with practice due to commence soon afterwards.