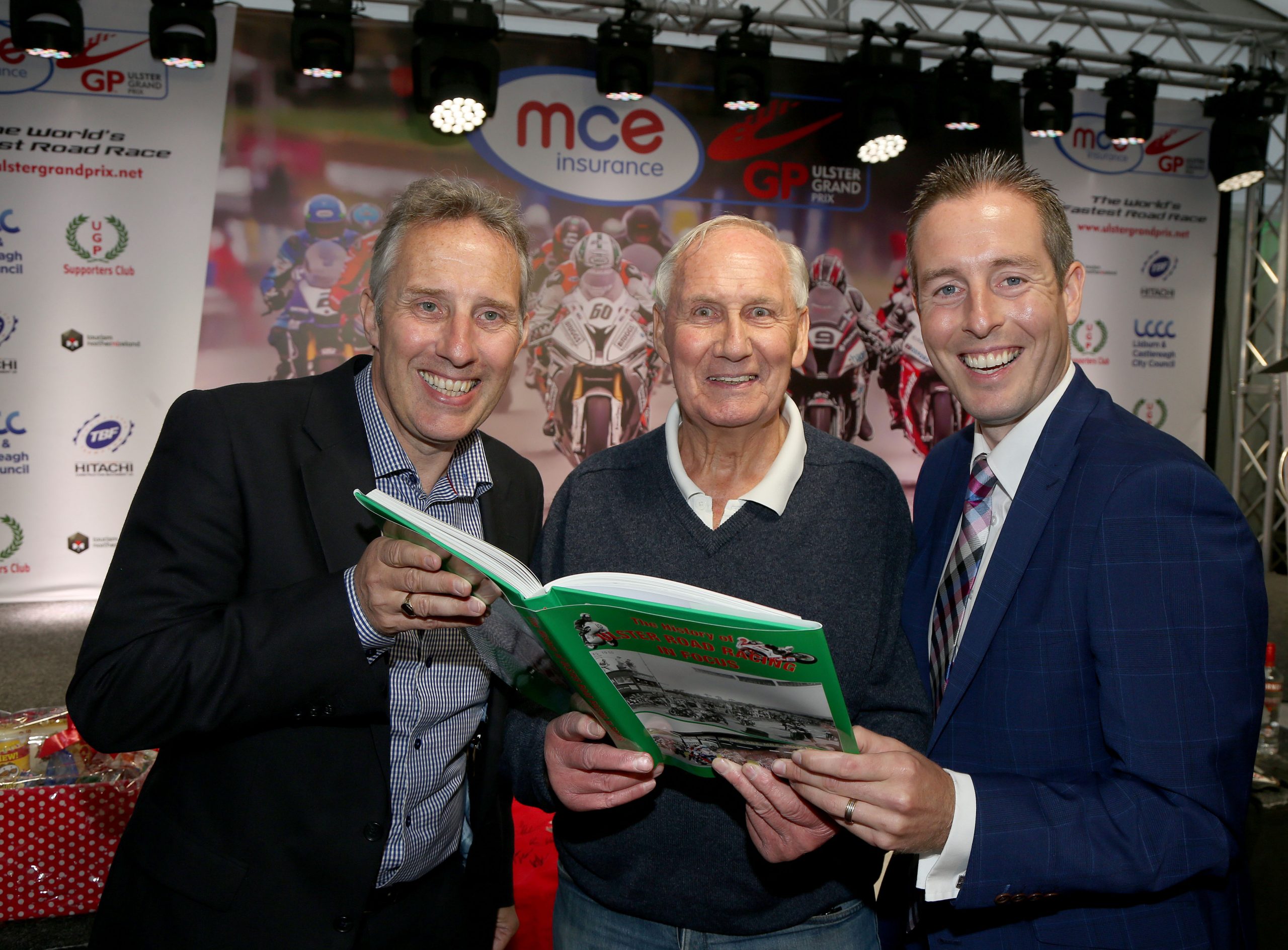 A 220 page comprehensive “History of Ulster Road Racing in Focus” has been launched at the MCE Ulster Grand Prix.

This book contains a collection from the Ulster Road Racing in Focus magazines that Ulster Speed Promotions have published for the last 22 years.

It includes photographs and history from the Ulster Grand Prix, North West 200, Pride of Ulster, Sunflower Racing, Classic Racing and Sidecars, as well as paying tribute to those in the sport who are no longer with us but who left behind a legacy of dedication to road racing.

This is the first book of its kind with a wide variety of Ulster motorcycle racing memorabilia from back in the 1920s right up to the present day, with never before seen pictures and stories.

Ulster Speed Promotions was formed in 1994 after having previously promoted several classic car and racing motorcycle shows in Lisburn Leisure Centre in aid of Cancer Research.

It was a product from the Ulster Racing Team whose rider David Mateer started to compete in local tarmac motorcycle racing that year and to assist the funding of this team they also began the production of an Ulster Road Racing in Focus magazine.

It started as an annual issue but due to its popularity and demand it progressed to three issues per year, covering not only the modern motorcycle racing but also the unique history of the sport here in Northern Ireland.

The History of Ulster Road Racing in Focus will be on sale, priced at £19.99, from Eddie Mateer by emailing ulsterspeed@btinternet.com or calling 028 9266 4336.