The 21st edition of the iconic calendar has 19 coloured and black and white images dedicated to the road racing world and is accompanied by a mini documentary – “The road to legend: a story about road racing” 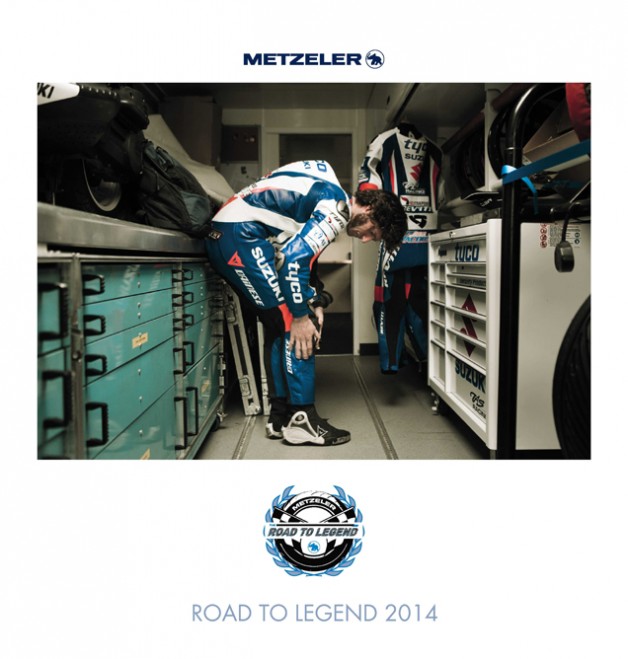 Since 2010, the Metzeler Classics calendar, which started in 1994 and contains black and white images that trace the golden years of the international motorcycling. Metzeler decided to choose images that are related to a topic considered important and of interest to the brand.

This year, for the first time, the theme chosen for the Metzeler Classics calendar, and that for the thematic one, are the same: road racing, that are the competitions organized on public roads usually open to traffic.

Road racing is true motorcycling- a discipline consisting of asphalt, engines, bravery, speed and control. Road racing differs from the international competitions that take place on the track, the atmosphere, the paddock, the relationship between the riders and the public are all very different.

The adventure lasted one season: it started back in March 2013 at the Ace Cafe London, with a press conference to introduce the project and the riders who would be competing in this year’s prestigious road races such as the Ulster Grand Prix, North West 200, Isle of Man TT and the Macau Motorcycle Grand Prix. A journey which lasted 10 months, it was full of hope, workouts, great trials, disappointments and victories. A year of racing where the riders faces the asphalt and the danger to achieve one big dream: to become a legend.

A journey where Metzeler was always by their side – in their trucks, in the paddock, on the Track and most importantly, on the podium. To these riders, to their courage, and to the appeal of road racing competitions the Metzeler calendar is dedicated to “The road to legend”.

The roots of road racing started a long time ago. The Tourist Trophy was first run in 1907, on the Isle of Man, and represents the biggest challenge of all for road racers. While it is a competition against others, most of all it is a competition against themselves as they aim to become a legend of road racing. On these roads, some of the biggest names in motorcycle racing have competed, riders such as Mike Hailwood, Giacomo Agostini and Joey Dunlop.

Today, these are the roads on which Metzeler-backed riders challenge themselves, chasing a dream that has deep roots. The “Metzeler Classics” calendar wants to remember where our passions, our dreams and our ambitions come from. This year, Metzeler also decided to accompany the calendar with a mini documentary entitled “The road to legend: a story about road racing” (available on Youtube at:
http://goo.gl/nHPMlj). The documentary follows the 2013 season of the Metzeler supported riders,through interviews with the protagonists and the fans, race action and pieces of real life in the paddock.

Designed in the last century, and created for the first time in 1994 as a special edition of the cult calendar Classic Moments, the Metzeler calendar has achieved success and popularity among fans thanks to its precious snapshots from the street and off road two-wheeler world. A world in which Metzeler has raced and been successful throughout the years. 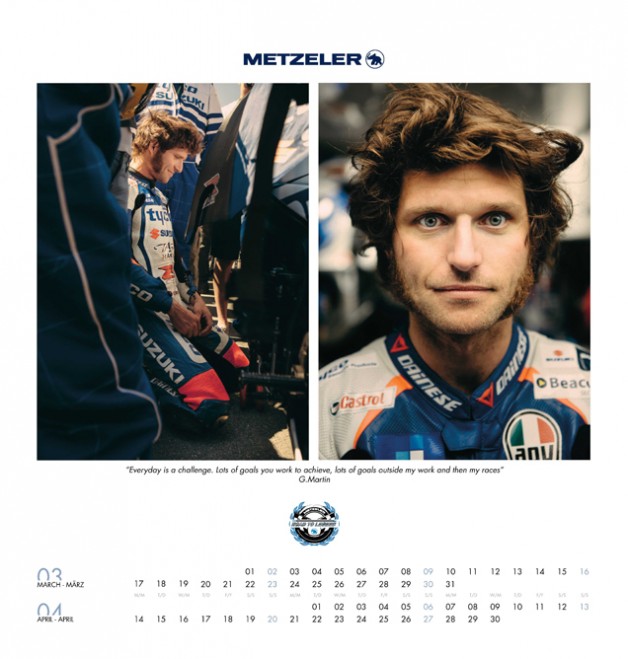 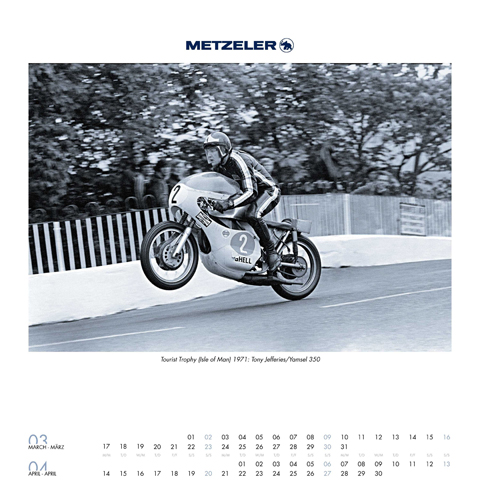