The Analysis Continues; But Time For Talk Is Over 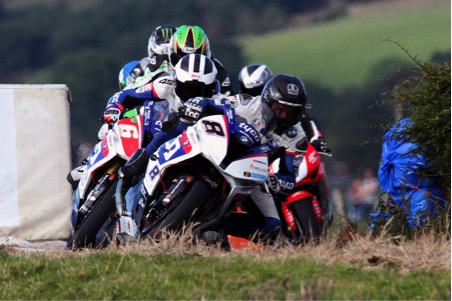 There is now less than a week before Bike Week commences at the Metzeler Ulster Grand Prix; it is hard to believe how quickly time has flown in – it seems like yesterday I was writing my first article for the World’s Fastest Road Race in April! At that stage, the road racing season had yet to commence in anger, and yet here we are at the zenith of the 2015 season, things seem to have bubbled nicely and the prospects for a competitive and close season finale couldn’t be better.

There are two major races that immediately precede the Ulster Grand Prix – the Southern 100 and the Armoy Road Races. In my last article, I examined the form from the Southern 100 where Michael Dunlop and Guy Martin (after a disappointing Isle of Man for both men) were back on song.

The Armoy meeting seems to have strengthened this position, with Michael Dunlop winning his fifth successive Race of Legends (feature race) 2.4 seconds ahead of Guy Martin and Dean Harrison third – Dean cementing his place as a younger rider to look out for.

Although earlier races at the meeting had not been so kind to Michael, he finished behind Guy Martin, William Dunlop and Derek Sheils in the Open Class Race. But the younger Dunlop’s battling spirit as well as his fully committed riding and intent were in plain view for all to see, he even set the fastest lap of the meeting at 106.555mph.

Guy won the open class, finishing 2.321 seconds in front of William Dunlop, with Derek Shiels third, Michael Dunlop fourth and Dean Harrison rounding off the top five. It is now, perhaps, that we are witnessing Guy feeling settled on the BMW and as Lee Johnston has pointed out, an on-form Guy aboard the S1000RR will be tough to beat.

Much has, rightly, been made of Dean Harrison’s prodigious talent, and his form continues to impress recording three podium finishes at Armoy; he is also extracting the maximum performance from the new YZF R1M Yamaha and once that new machine has been fully developed he will, no doubt, be challenging consistently for victories, but one still doubts whether the new R1 is currently capable of competing with the ZX-10R or S1000RR.

William Dunlop also continues to shine, particularly in the Supersport class (he is currently leading the Irish Road Race Supersport Championship) winning both Supersport races from Guy Martin with Dean Harrison third. If he can transfer this dominant form to the Superbike[s] then Tyco would have, arguably, the most ferocious rider line-up on the grid.

Much was made of BMW’s decision to transfer factory support to the Tyco team, I have to say I was among those that found this a mouth-watering prospect. However, it is fair to say the 2015 season has not been as fruitful as the Tyco team would have wanted, although a switch of machinery will always take time to ‘bed in’. But it all seems to be coming good with BMW machinery, in particular the Tyco BMW riders, starting to dominate at meetings such as the Southern 100 and Armoy Road Races.

Following Michael Dunlop’s displays during the 2014 road racing season, BMW Motorrad will expect and accept nothing less than victories, especially given factory support. Yamaha will not relish their new flagship machine being beaten either, and have sent engineers to assist the development of the new R1 to the Milwaukee Yamaha team in the BSB paddock.

The future seems bright for road racing, and in particular the Metzeler Ulster Grand Prix; the level of competition has, arguably, never been better – bolstered by an upcoming crop of exceptionally talented youngsters (at my age in my mid-30’s I can, alas, call them that!).

The quality of bikes and machinery has also never been better, the teams are perhaps the most professional and engineering focused they have ever been, all of which translates to great racing for the fans and spectators, and we are able to view feats of riding and engineering that we can only dream of.

The Grand Prix also continues to develop and invest in infrastructure and organisation, securing its place as one of the ‘big three’ road races, its proverbial star continues to rise (a difficult task given that it is 93 years old!). I, like many other fans, have a palpable sense of excitement going into the 2015 UGP, it remains evocative, enigmatic and a sensory overload and, most importantly, remains the World’s Fastest Road Race.