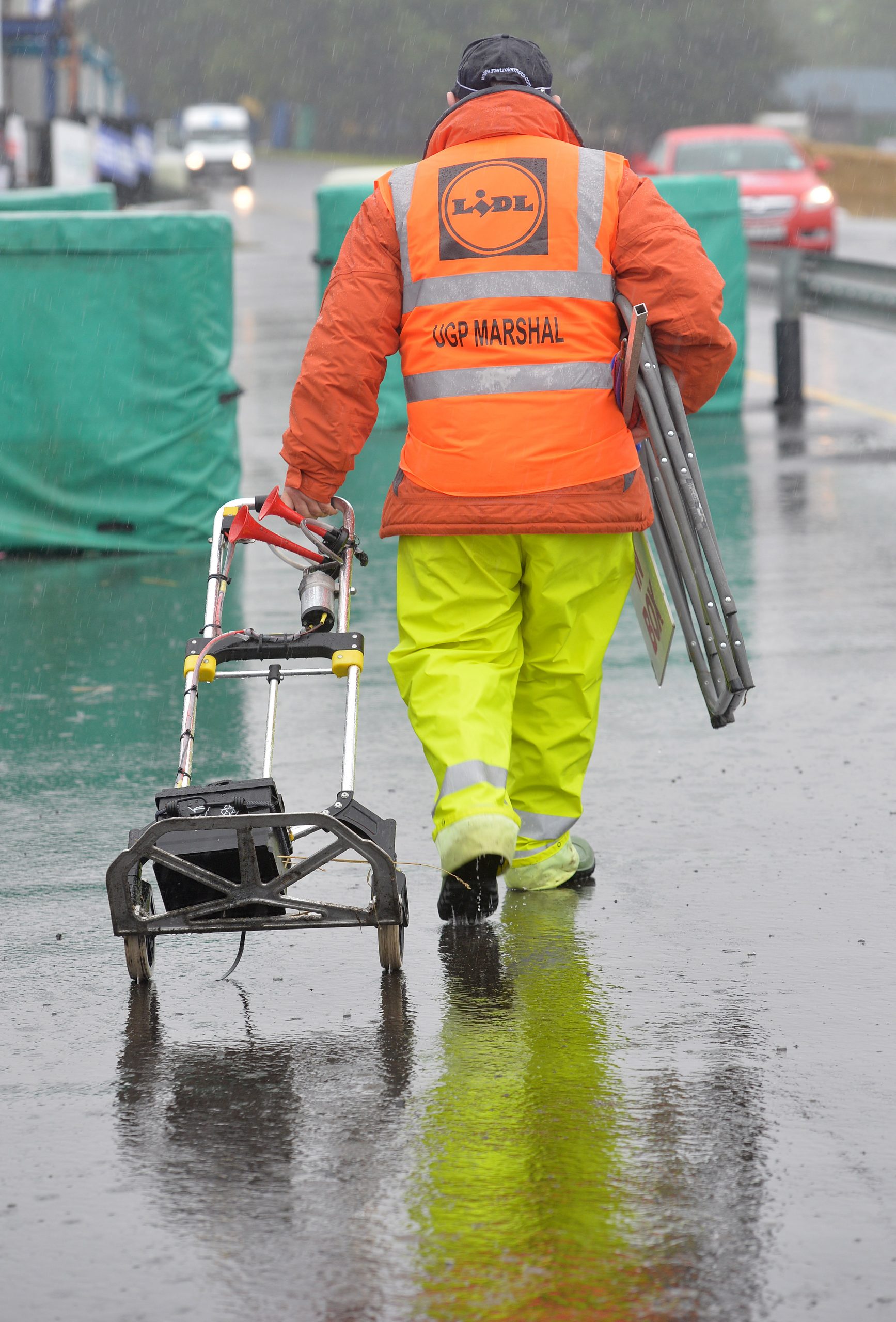 When I turn up to the MCE Insurance Ulster Grand Prix, it always appears to be a smooth and seamless event, even when something unexpected happens everything is orderly, methodical and well organised. But I have never truly stopped to think about what happens behind the scenes to ensure this is the case; there is a myriad of meetings, information, experience, communication, practice and bloody hard work that goes on to ensure we can all enjoy the spectacle.

In what I hope to be a series of similar articles, I took some time to speak to the World’s Fastest Road Race’s Chief Marshal, David McCallister (now there’s a title!). All forms of motorsport simply couldn’t take place without marshals, whether it’s the billion-pound glitz of F1, Moto GP, World Superbikes, BSB or our own phenomenal road races is irrelevant, these volunteers are a key cog in the racing machine, and maybe it’s time to look at some of the unsung heroes of the roads.

David grew up only a few miles from the Dundrod Circuit, attending his first UGP in 1950 it was perhaps inevitable then that the Ulster Grand Prix would be in his blood! I asked him about those early experiences, to which he recalled the thousands of people passing his house almost as a pilgrimage to the Claudy Circuit that was raced then.

The images of racing in the 1950s would make any organiser or marshal wince now; the fans encroached on the infamous Seven Mile Straight in a picture reminiscent of Group B rallying, an image that shows perhaps a more laissez-faire attitude, but certainly a less health and safety conscious era!

David is a member of the (Motorcycle Union of Ireland Ulster Centre) MCUI(UC) Marshals Association and for four years was assistant to the previous incumbent, Paddy Marley, before becoming the Chief Marshal himself eight years ago. It is his job to oversee the marshalling process.

What is perhaps surprising is that for David the procedure of gearing up for the World’s Fastest Road Race starts six months before a tyre even touches the track!

Initially all the potential Zone and other Marshals need to be contacted, ascertaining whether they are still willing and available to attend the event. Marshals are all volunteers, giving their time freely and, often, at some considerable personal expense. For the MCE Insurance Ulster Grand Prix there are usually marshals who have flown in from the Isle of Man, England and even as far afield as Canada to be at the event.

This can present a unique set of circumstances for the Ulster Grand Prix which, other than Macau (China), is the largest season closing event and many people have used all (and more) of their annual leave to volunteer and be at other road racing events. In this way I was quite taken aback, I had never realised that so many genuinely make such personal sacrifices in order to ensure we can attend a safe and well organised event. It shows the dedication and passion that many have for our sport, but also how much is given back; perhaps why motorcycle racing and in particular road racing is so often described as a ‘community’.

In order to ensure a complete marshalled coverage at Dundrod, David explained that the seven mile circuit is spilt into 17 zones, each zone has a Marshal responsible for his own area, taking ownership of it and the other Road Marshals he works with. In this respect, the Clerk of the Course relies heavily on the Marshals to be his ‘eyes and ears’ out on the course, constantly radioing in changes in weather, track conditions and if there is an incident or medical situation.

I think David and his team can take enormous pride in what they do, but in the event as a whole, I asked him how he saw the future of the Ulster Grand Prix; David believes the event is in very good hands and has a bright future; it [the UGP] has come so far over recent years, it is a pure road race, perhaps one of only unadulterated ones left.

In that respect, the World’s Fastest Road Race has remained true to itself and its origins – to my mind I would agree, and it is why it has a special lure, a special atmosphere and is regarded by the riders as a true ‘riders circuit’.

Currently there is a need for volunteer marshals, especially for the mid-week sessions. There are a range of duties and marshalling responsibilities that members of the public can volunteer for; this can be done via the MCE Insurance Ulster Grand Prix website or by contacting Ken Stewart by e-mailing ken@ulstergrandprix.net or phoning 07717 495274. If you are able, why not investigate what can be given back to the ultimate road race.