Through the years – an interview with Alan Drysdale 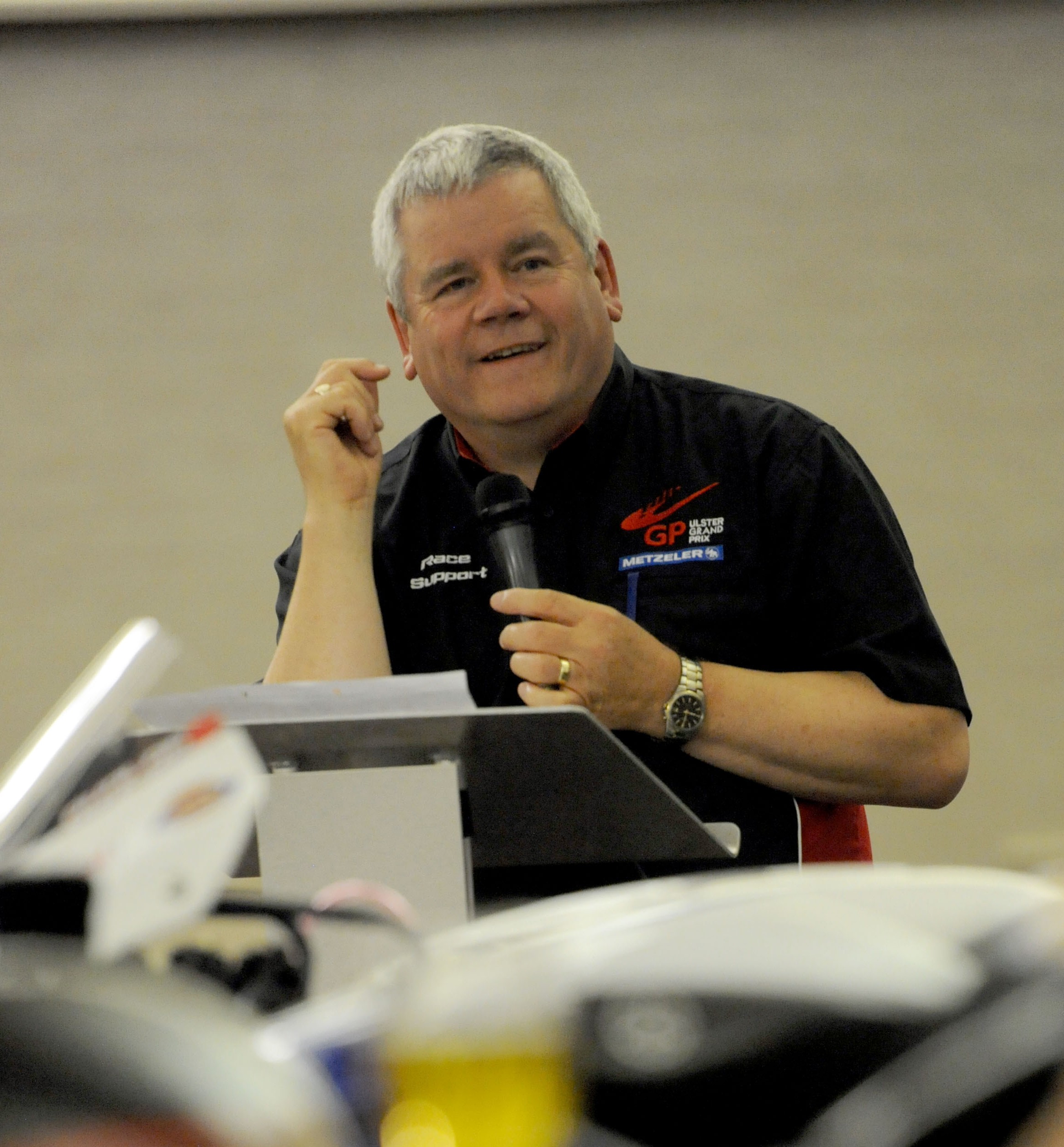 Having attended the Metzeler Ulster Grand Prix for over 50 years and been a commentator for almost 40, Alan Drysdale has enjoyed a first hand view of the closest races and all of the developments around the circuit. Here he talks to Natalie Ferris.

Can you give us some of your background and how you became so involved with the Metzeler Ulster Grand Prix?
My parents, my two elder brothers and two uncles had a keen interest in all forms of motorsport, so I started attending events with them as a three year old.

I attended my first UGP in 1961 and my first official role at the event was as a flag marshal at the Quarry bends in 1974.

I also flagged at Irelands Corner on the Wednesday practice in 1975 and was to be there for the race, but the Clerk of the Course, Kevin Martin, asked me to help Donald Fleck (Public Address Announcer) and Tommy Robb (Race Commentator) in the commentary box.

My duties at the 1975 UGP included making the occasional announcement for the paddock, lap scoring and unofficial lap-timing, to give us an idea of the positions and lap speeds of the top riders.

With the crowds increasing every year and more and more fans on social media, have you changed how you filter all the information you receive?
There’s no question that the television coverage from Greenlight and BBC Northern Ireland has had a major impact on the event’s popularity. Their coverage and that on other television networks has seen the event attract a worldwide TV audience.

With regards to my commentary, one area where I believe that social media and the internet has made a big difference from the past is that spectators are now much better informed on the personal details of each rider.

As a result I tend not to concentrate as much on their personal lives now as a considerable number of the spectators will know more than I do.

When I started commentating such information was only available on the top riders. Indeed it was then common for riders just to put their initial and surname on the entry form!

Your constant feed of information keeps fans in touch with the action all around the circuit, but what challenges do you face when commentating on races?
When I started commentating in 1976, our team manually recorded the lap times of the leading riders ourselves and we called them the ‘unofficial times and positions’.

Nowadays the whole timing process is electronic and activated by transponders on each machine, which means I have the race positions, last lap time, fastest lap time, gaps between riders and various other bits of information for each rider as they cross the finishing line at the end of each lap.

In addition I also have the live streaming feed from Greenlight TV so that I can watch the leading riders all around the course.

On headphones I also listen out for our Pit Lane Commentator, Chris Kinley and let him interject with any news from the pit lane.

I find the key challenge now is always remembering to report on as many rider positions as possible. With the TV screens it’s very easy to get drawn into just following the on screen action of the leaders.

Giving out the lower order positions does mean that I’ll occasionally miss some ‘key on screen action’ but I think it’s a price well worth paying as for me racing is about all the riders taking part, not just those at the front.

I am sure you have experienced some very exciting races over the years; can you share one of your most memorable with us?
The1976 250cc race was the first UGP race I commentated on entirely my own.

Tommy Robb had assisted me during the 500cc race earlier in the day when I made my commentating debut. Tom Herron and Alan North had a close battle for most of the race and in the final couple of laps were constantly changing positions at the ‘telephone points’ out on the circuit.

As they raced round the final corner to the chequered flag, North was leading with Heron rapidly closing him down and I was commentating at full tilt.

When they reached the line I thought North was just ahead but I knew they were too close for me to call and I had to announce that we would have to wait on the line judge’s decision. It was several minutes, which seemed like an age, before they announced Tom Heron as the winner.