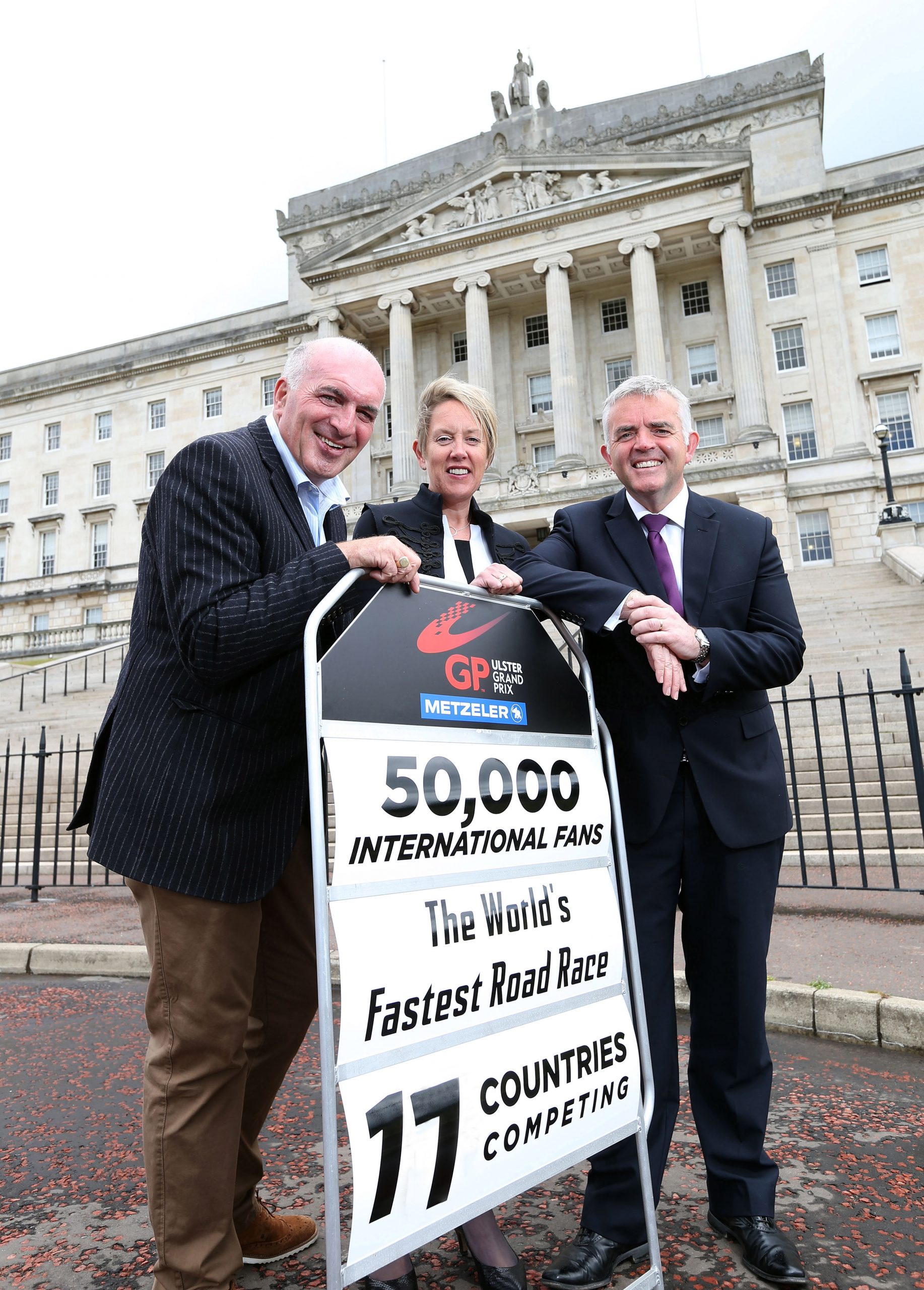 The Metzeler Ulster Grand Prix has announced that a record number of entries are set to compete in the world’s fastest road race this August, with more than 170 riders representing 17 countries across the world.

Some of the biggest names in real road racing are already confirmed that they will be on the grid, including fan favourite Guy Martin and local hero Michael Dunlop, who line up alongside racers Ian Hutchinson, Dean Harrison, Lee Johnston and William Dunlop to name but a few.

The event, which is one of only three international road races in the world, will also see around 50,000 spectators visit the Dundrod circuit over the course of Bike Week.

Noel Johnston, Clerk of the Course said: “I’m very pleased with our final entry list this year, which has a record 170 competitors taking part in five races at the Dundrod 150 national road races and seven races during the international Metzeler Ulster Grand Prix.

“As always, there’s a great representation of local riders from both Northern Ireland and the Republic of Ireland, as well as the rest of the UK and across Europe, and the calibre of the entries is outstanding. From the established names to the newcomers, we’re in for some great racing.

“We’re also looking forward to welcoming teams from as far away as Canada, the USA and New Zealand to Northern Ireland.

“The Ulster Grand Prix is one of the largest local outdoor sporting events, and its popularity shows no sign of waning, in fact many fans and competitors will tell you it’s their favourite event. It offers a superb opportunity to showcase not only what the world’s fastest road race has to offer, but also Northern Ireland as a destination.

“I’d like to thank Tourism NI and DETI for their help in promoting the event around the world, there’s no doubt that we are now attracting a wider audience than ever.”

Enterprise, Trade and Investment Minister Jonathan Bell said: “The continued success of the Ulster Grand Prix highlights our rich tradition in road racing and further cements our position as a premier location for staging the very best in sporting events.

“In addition to the spectacle of top-class international road racing watched by huge crowds, the Ulster Grand Prix has grown to become a racing festival with entertainment, attractions and hospitality ensuring there is something for everyone.

“The increasing number of overseas competitors and fans gives the race a truly international flavour and provides a tremendous boost to our sports tourism sector and, indeed, the wider tourist industry, with race week visitors enjoying Northern Ireland’s outstanding scenery and world-renowned hospitality.

“I congratulate the event organisers for hard work and dedication in the run-up to this year’s event and I look forward to a successful 2015 Ulster Grand Prix.”