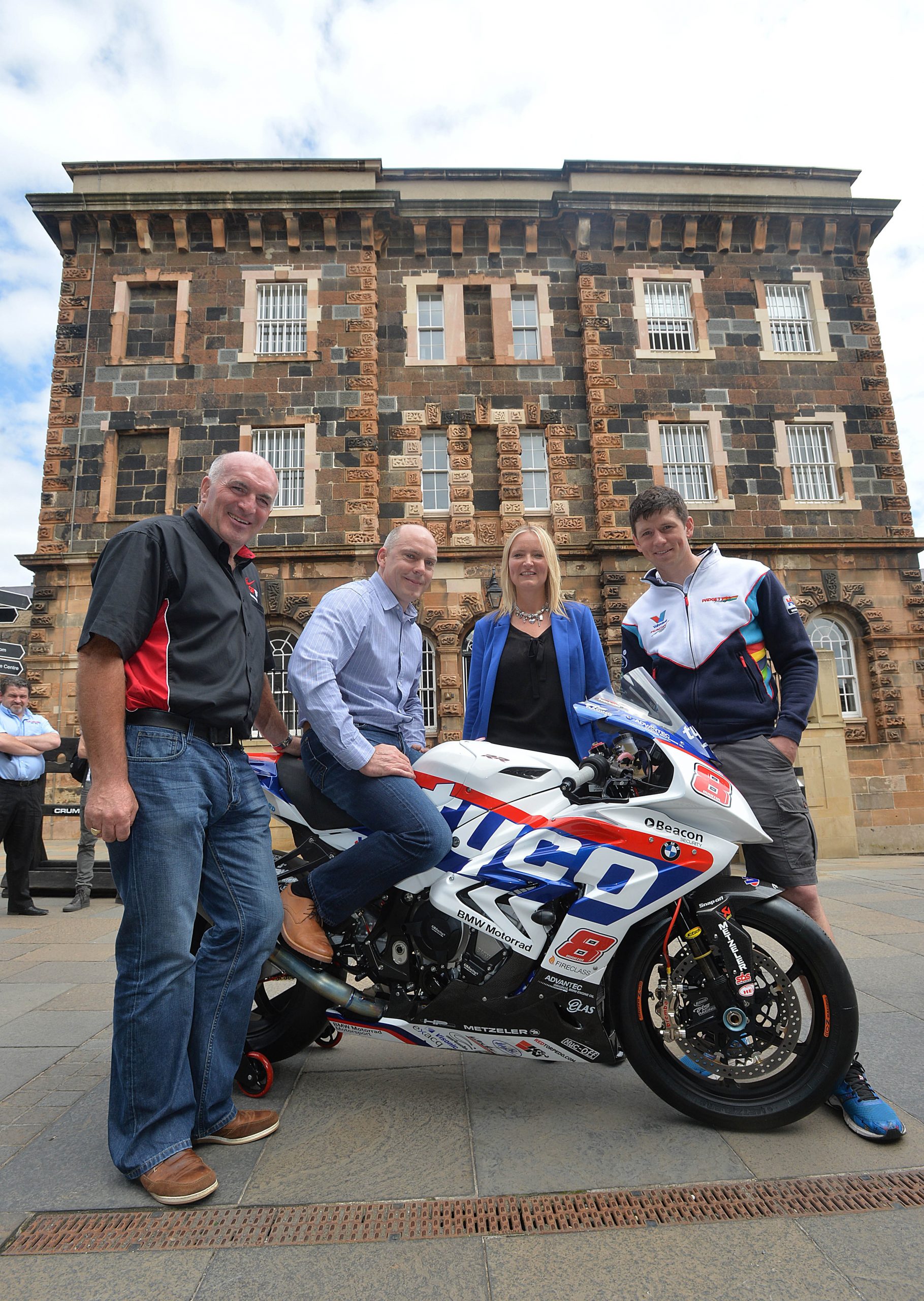 DAN Kneen is confident that he can return to winning ways at the 2015 Metzeler Ulster Grand Prix as the Manxman finally feels he has found a strong set up with his Padgett’s Honda.

The 28-year-old, who took a sensational maiden win in the Superstock race last year, beating Dean Harrison by just 0.001 of a second, has had a mixed season so far as he adjusts to his new Honda machinery.

Having changed teams twice over the winter, Kneen has enjoyed solid performances at the North West 200, Isle of Man TT and Southern 100 and believes he is in a good place ahead of his return to Dundrod.

Kneen said: “I’m really enjoying working with the Padgett’s boys. They’re still learning how I like things but we get a long well and there is no pressure. It’s a great atmosphere.

“We’ve made a few little tweaks all season and the bike suits me a lot better now. We’re not reinventing the wheel or anything, because they already have a great base setting in place for Bruce and we can work with that.

“We’re looking forward to the Ulster. The bikes are good and I think the track suits me. I know a lot of riders say that, but the circuit flows so well and the racing is so tight, it’s somewhere I’ve always gone well.”

Kneen will compete in the Supersport, Superstock and Superbike classes at Dundrod under the Valvoline Padgett’s Honda banner, riding bikes that are proven race winners at Dundrod.

Kneen added: “I’ll be doing what I did last year and giving it my best. If I qualify well and keep the head down I’ll be near the front. I’d definitely like to win some more races at Dundrod.

“That’s easier said than done, as the field is so strong. I’d maybe have liked a little bit more time on the bike and to have raced some national meetings, but I’m still confident I’ll be at the front in all of my races.”

Kneen’s comments came as Aer Lingus announce that they will return as official co-sponsors of the Metzeler Ulster Grand Prix for the seventh consecutive year in 2015.

Noel Johnston, Clerk of the Course at the Metzeler Ulster Grand Prix said: “Dan provided the most exciting moment of Bike Week 2014 with one of closest finishes in the history of the Dundrod circuit.

“He’s a real talent and he clearly enjoys his racing. He’ll be one to watch this year, especially with the experience of Clive Padgett’s famous team behind him.

“It’s shaping up to be another fantastic year and as always it wouldn’t be possible without our sponsors.

“We’re pleased to have Aer Lingus on board for another season, we know how important this event is for them and we are extremely grateful as they enter their seventh year of support.