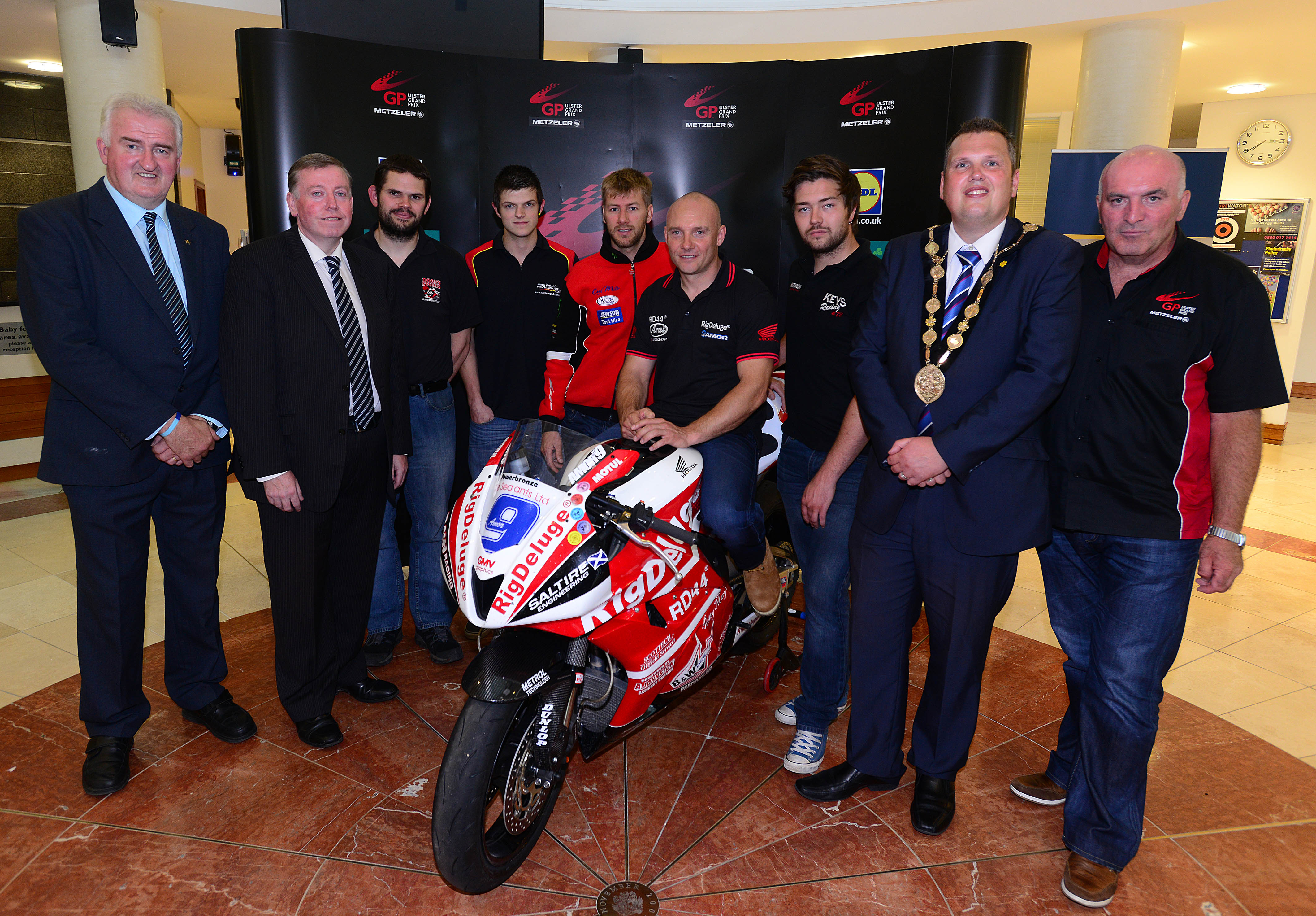 We recently marked the launch of Bike Week 2014 with a special event at Lisburn City Council and in many ways it was the end of an era for the Metzeler Ulster Grand Prix. In April the new super Council’s kick in and Lisburn City Council will be amalgamated with Castlreagh. Lisburn City Council has been very good to us over the years. Even before we started running the Metzeler Ulster Grand Prix we held the Dundrod 150 event and we got a lot of help back in those days. We have had the support of various Mayors and Lord Mayors over the years but none have been more enthusiastic than the current Mayor, Councillor Andrew Ewing. Andrew is a bike fanatic who regularly attends race meetings and he has told me that the Metzeler Ulster Prix will be without doubt the highlight of his year in office. We had Keith Amor and Ian Hutchinson over for the launch and the craic was mighty. When talking to Hutchy you realise the grit and determination that drives this guy on. Many others would have given in and retired in 2010 after sustaining such a serious injury at Silverstone, but he is totally committed to be back to his very best. He is feeling confident with the bikes and is aiming for at least a podium position at Dundrod, but we all know that there are a lot of other riders coming with the same mindset.

Preparation is coming on well around the course and this week, as the final touches are made, our dedicated team is shedding blood, sweat and tears to get it ready. These guys are out in all weather conditions and there is a lot of hard work that goes unseen!

My message to all race fans attending the event is obey the Marshals and the prohibited area signs. They are there for your safety and safeguarding the future of this great race. One moment of foolishness can be detrimental to both!