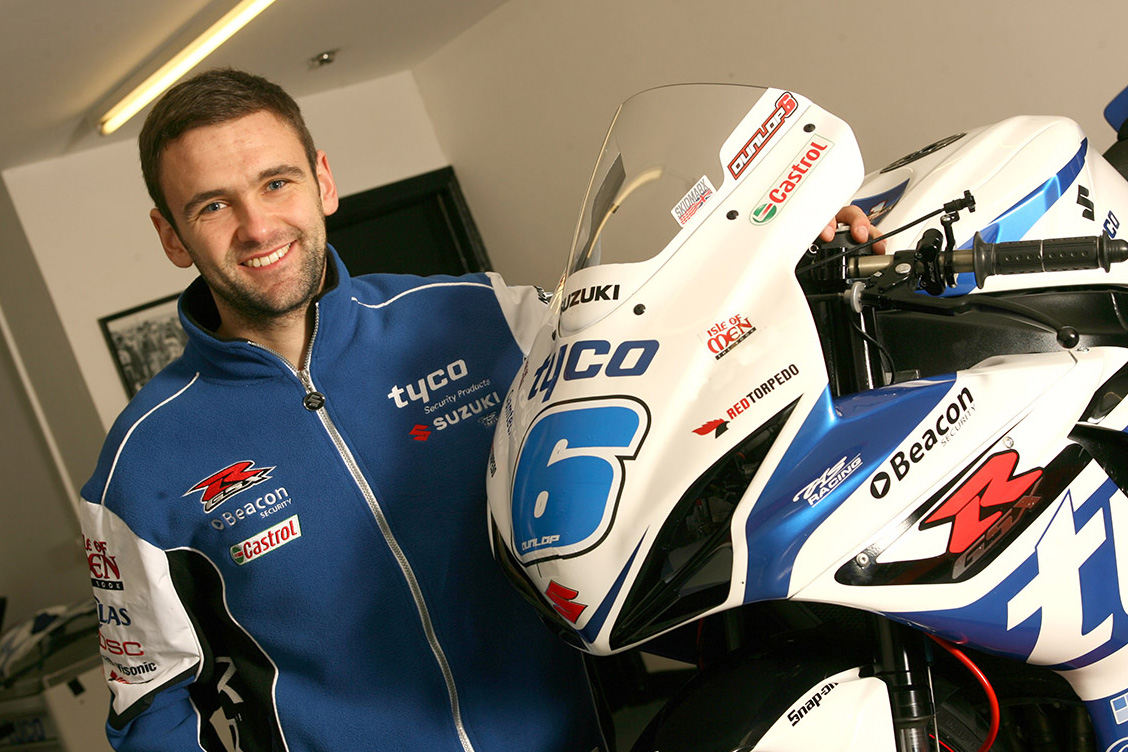 Great news for Tyco Suzuki: William Dunlop is joining the race team for the 2014 road racing season. The 28-year-old will ride alongside Metzeler sponsored rider Guy Martin in next year’s TT races as well as The North West 200, and the Metzeler Ulster Grand Prix.

Dunlop will also take in a selection of national road races during 2014, and will partner Guy Martin at the Southern 100 in July, too.

William made his TT debut in 2006: in 2013, he won the second Supersport race at the Metzeler Ulster Grand Prix and has two Supersport TT Race podiums, with third place finishes in 2012 and 2013.

He is delighted at the prospect of joining his local Northern Ireland based team. He said: “Now that I have it all signed off I’m pretty excited, to be honest. I know how fast the Tyco Suzuki GSX-R600 is, having followed Guy Martin this year at the Southern 100. His results on the Superbike at the [Metzeler] Ulster Grand Prix speak for themselves. I can’t wait to get started.”

Philip Neill, Tyco Suzuki’s team manager, said: “We are very pleased to complete our road racing line-up for 2014. It was a fairly last-minute agreement with William, but one that we are delighted to announce, and our goal is now to help him achieve his first TT victory in 2014.

“He’s a very talented rider and I believe he’s now at the right stage of his career to challenge for victories at all three internationals, and not just in the 600 class I might add, as he’s also a very good Superbike rider.”