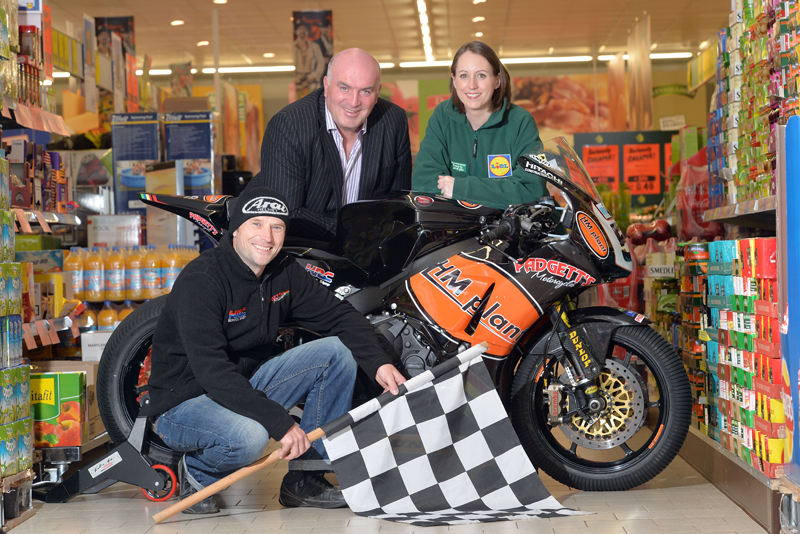 HM Plant/Padgett’s Honda rider Bruce Anstey managed to hold on to his podium record at the 2013 North West 200 with second place in the Supersport race, the only one to take place before rain stopped the event.

New Zealand native Anstey holds 23 TT podiums and is the only man to achieve at least one top-three finish at every TT, NW200 and Ulster Grand Prix held in the last 10 years.

He is now looking towards the TT and the Ulster Grand Prix, where he holds the record for the world’s fastest lap at 133.977 mph, to add to his podium tally.

Talking about his chances at this year’s Metzeler Ulster Grand Prix, Anstey said: “I’m hoping to hold on to my record for the fastest lap on the circuit but given the right conditions, it’s there to be broken.

“I always look forward to the Ulster, it’s a real rider’s circuit. I’m confident about my chances but there’ll be stiff competition. I may be one of the oldest on the roads but I’ve still got the drive to succeed.”

Anstey’s comments came at the official announcement that Lidl NI would step up its sponsorship commitment to the World’s Fastest Road Race in a three-year deal, at the company’s store in Portrush.

We are very proud to be a sponsor of the Ulster Grand Prix for the second year,” said Caitriona McCarry from Lidl NI.

It is an excellent event and sure to attract record number of spectators this year. Lidl NI will be supporting the event in every way we can through our in-store signage, weekly leaflet and additional advertising channels.

Good luck to all the riders taking part and we look forward to seeing the spectacle in August,” she added.

Noel Johnston, Clerk of the Course for the Metzeler Ulster Grand Prix said: “We are delighted that Lidl NI is back on board for the event this year. Everything is coming together nicely. It is a massive boost to the event to have such high profile corporate sponsors backing what promises to be an excellent week of racing in Dundrod this August.”