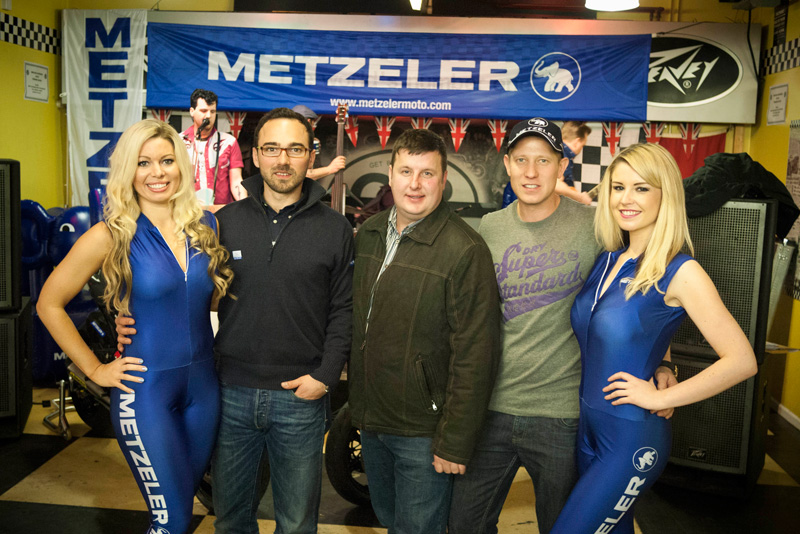 The high profile German brand has agreed a significant three-year deal to sponsor the World’s Fastest Road Race, which will now be known as the Metzeler Ulster Grand Prix.

Commenting on the deal, President of the Dundrod and District Motorcycle Club, James Courtney said: “We are very happy to announce our partnership with Metzeler, a world renowned organisation that understands and shares the passion that we have for road racing. It’s an acknowledgement of the hard work we’ve put in to raise the overall status and profile of the event.

Metzeler has made a serious commitment to the Ulster Grand Prix and it marks a new beginning for the event, allowing us to reinforce our efforts to deliver a spectacular show for competitors and spectators alike.

As a Club we have been working hard to identify possible partners that share our vision and who can help us to drive the event forward. We have definitely found that in Metzeler and look forward to working closely with them over the next few years.

We are lucky to have such good sponsors and supporters and would like to take this opportunity to thank them. The event wouldn’t be possible without organisations such as Lisburn City Council, Sport NI, 2 and 4 Wheels and the Northern Ireland Tourist Board, as well as the Ulster Grand Prix Supporters Club and our private sector sponsors. We will have some more announcements to make on this front in the coming weeks,” he added.

Brand Manager at Metzeler, Enrico D’Aloja said: “Metzeler is proud to support the world¹s fastest road race. For us, this is a natural collaboration that will go beyond the traditional sponsorship model, we want to become a true partner of the event and will work together to raise its profile with bike fans around the world.

We have a long history of involvement with road racing and we’re particularly excited about the Metzeler Ulster Grand Prix where we see a lot of potential for growth. We look forward to a safe and successful Bike Week,” Enrico added.

Key events are the Dundrod 150 on Thursday 15th August and main race day on Saturday 17th August. There will be other practice sessions throughout the week and a full programme of entertainment each night in the hospitality marquee.

Wristbands that allow entry to the course and paddock all week cost £25. Under 16s are free.