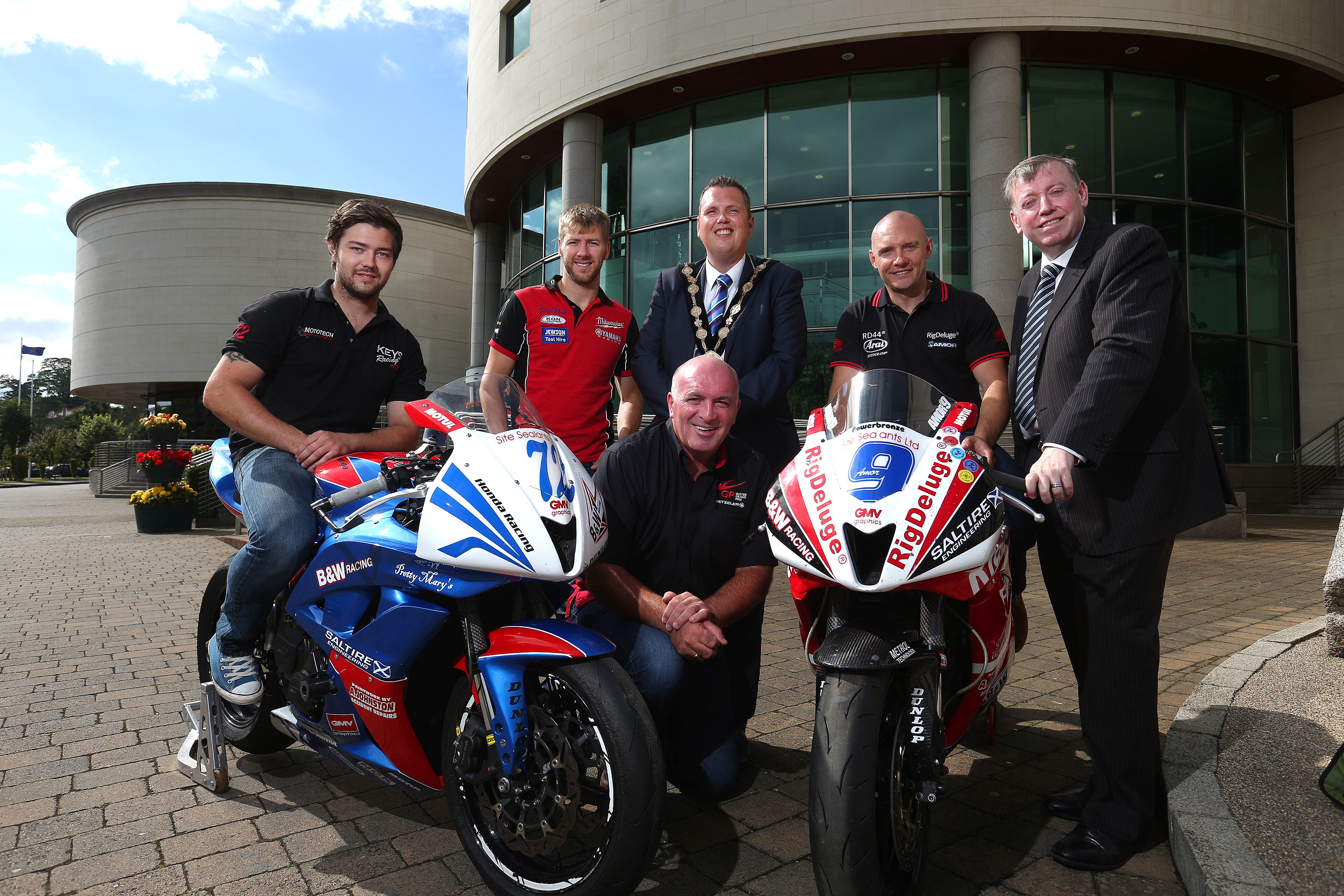 Lisburn City Council is pleased to once again be supporting the annual Ulster Grand Prix Bike Week, from 11th to 16th August. This event attracts riders, their teams and thousands of spectators from across Northern Ireland, the Republic of Ireland, Great Britain and further afield.

Wristbands that allow entry to the course and the paddock all week cost £25 and under 16s are free. Entry for Wednesday and Thursday only is £15.

The Mayor of Lisburn, Councillor Andrew Ewing, speaking about the upcoming event, said: “On behalf of the Council I would like to take this opportunity to publicly thank all the riders, teams and visitors for attending this event, whether it be their first time or they are once again returning to the world’s fastest road race.

“I would like to thank the Dundrod and District Motorcycle Club for its continued promotion of this important road race; and I hope that the weather is on our side throughout the course of Bike Week. In recent months the Club members have been working hard to prepare the circuit and pits area for both riders and visitors.

“As the Mayor of Lisburn and an avid motorcyclist I am looking forward to attending the races and standing on the grid to start a race. This year I am honoured to be presenting a trophy to the winner of the Lightweight race in memory of the late Bruce Moulds who tragically lost his life last year. I wish every competing rider a very safe race,” he concluded.

The Ulster Grand Prix Supporters Club has been helping raise funds for this popular sporting event for over 50 years and the Club’s efforts and contribution to the 2014 event is greatly appreciated.

“The Council is also delighted that the Northern Ireland Tourist Board has provided the organisers the Dundrod and District Motorcycle Club with a 3-year funding package from 2014 to allow this event to further grow and develop.

Alderman Paul Porter, Chairman of the Council’s Leisure Services Committee, also present at the reception, said: “The Council is delighted to assist in the promotion of the UGP, to support this international event; and congratulates the Club on its efforts on further improving the facilities and safety measures. I would like to thank all the sponsors associated with the Ulster Grand Prix and welcome Metzeler back again as title sponsor; and may I also thank other sponsors and partners who support this event in terms of funding or volunteering.

“In support of the Metzeler UGP Bike Week the Council in partnership with the ‘Lisburn City Old Vehicle Club’ will be holding an event at Lagan Valley LeisurePlex on Monday 11th August. A selection of classic motorbikes and cars will assemble at the Lagan Valley LeisurePlex for 7.00pm and depart on a tour of the Dundrod circuit before returning to the LeisurePlex where the bikes and cars will be on display. I would like to take this opportunity to also thank Eddie Mateer for organising former road racing bikes including Japanese 2-strokes to the outdoor display.

“Everyone involved with the event are indebted to the PSNI, the Safety Advisory Group, the local community and landowners in the Dundrod area for their continued support in ensuring that the Ulster Grand Prix continues at Dundrod.”

Noel Johnston, Clerk of the Course at the Ulster Grand Prix said: “We are now less than two weeks away from Bike Week and the excitement is building as we make our final preparations to the circuit and confirm more additions to our world-class line up. I’m proud to say we will have 15 countries represented on the grid, with over 30 newcomers and five female riders.

“I’m delighted to see Ian Hutchinson and Keith Amor back at Dundrod this year, and they will join UGP heroes including Michael and William Dunlop, Guy Martin, Bruce Anstey, Conor Cummins, Gary Johnson and Dean Harrison on the grid in a couple of weeks’ time.

“It’s great to see riders like Glenn Irwin and Danny Webb who traditionally only compete on short circuits trying their hand at road racing, and I think this year’s lineup shows how strong the sport is today. To see riders with not only British but world championship experience lining up at Dundrod will be a real treat for spectators,” he added.

Robert Graham, Chairman of the Dundrod and District Motorcycle Club said: “I would like to thank Lisburn City Council for their continued support of the Metzeler Ulster Grand Prix.

We work closely together with the council and a host of other sponsors and partners to provide the best possible event for competitors and spectators. There is a lot of hard work that goes on behind the scenes, so thank you to each and every one of the organisations that make the event possible.”

Lisburn City Council wishes everyone at the races an enjoyable time and hopes that the riders and their support teams have a successful and safe Ulster Grand Prix Bike Week.