Win A Pair of Wristbands to the UGP with Lidl 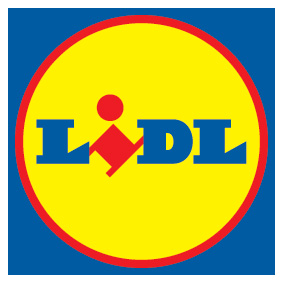 Competition open on facebook.com/lidlni and @lidl_ni for one week only.

As the ‘World’s Fastest Road Race’ draws near, Lidl Northern Ireland have an exciting competition for 10 lucky people to win a pair of wristbands to the 2014 Metzler Ulster Grand Prix.

This competition is open to all fans of Lidl on Facebook (www.Facebook.com/lidlni) and followers on Twitter (@lidl_ni) for one week only from Tuesday 29th July to Tuesday 5th August. There will be 7 pairs of tickets to give away to Facebook fans and 3 pairs of tickets for Twitter followers. If you would like to win this fantastic prize just look out for more information on how to enter on facebook.com/lidlni and @lidl_ni.

Winners will be announced on Wednesday 6th August. Be sure to stay tuned and send your details to the Lidl team quickly so they can ensure you get your tickets on time!

For those who are unlucky in the competition, Lidl will be selling Ulster Grand Prix wristbands in all 36 stores across Northern Ireland at a cost of £25 per person.

This is the third year that Lidl Northern Ireland has supported the Ulster Grand Prix and will celebrate this year’s event with an inflatable Lidl Dome in the paddock along with Lidl’s dedicated charity partner Cancer Focus Northern Ireland. Visitors can come and visit the Lidl Surprises Team who will be giving away free samples to all visitors. Lidl Surprises is an exciting new campaign that has been recently launched in Northern Ireland where a dedicated Lidl Surprises team travels to local communities paying impromptu visits to groups such as mums and tots, exercise classes, youth clubs and community centres.

Those attending the 2014 Metzler Ulster Grand Prix can also avail of free health checks in the Cancer Focus “Man Van” and “Keeping Well Van” from Wednesday 13th through to Saturday 16th August at 9am to 6pm. These purpose-built vans are open to both men and women and are a mobile drop-in centre where people can have their body composition and weight management assessed, get one-to-one advice on stopping smoking, care in the sun and early detection, plus free health checks on cholesterol, blood pressure and blood glucose.

As well as this, Lidl and the 2014 Metzler Ulster Grand Prix have launched an amazing new competition where winners will get the chance to attend some of the top sporting events in Europe! “A Season of Sports” offers entrants the chance to go to such events as Wimbledon 2015, The European Rugby Cup final in Milan, The Grand National at Aintree and FA Cup Final in Wembley! All proceeds from the competitions will go to Cancer Focus Northern Ireland. All you need to do to enter is text “LidlNI” to 70111. Entry costs £3 and all the money goes to helping families in Northern Ireland who are affected by cancer.