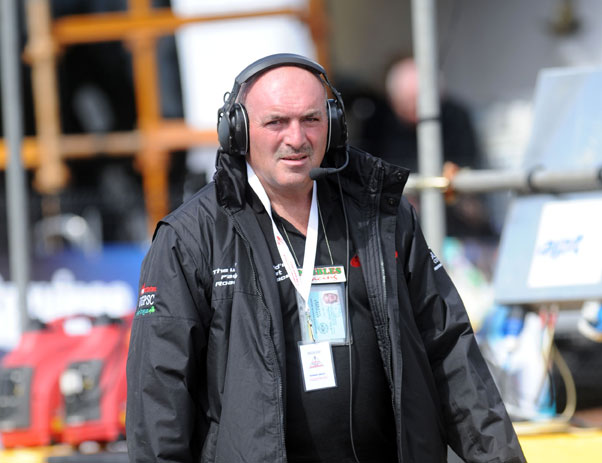 Michael Dunlop most certainly threw down the gauntlet to Guy and William when it came to the Grand Final at Armoy, up to that point it had been a mediocre day at the office for the Maverick.

However as always, everyone remembers you for what you do in your last race, and he blew the opposition away on his Stock machine.

In saying that, Guy, William and Dan Kneen had a great warm up for battle at the Metzeler Ulster Grand Prix in less than three weeks time.

After basking in the sunshine on Friday it was unbelievable conditions could change so dramatically on Saturday; but the large crowd was rewarded for defying the elements with a great days racing.

Full marks to Bill Kennedy and his team for running their full race programme. I was very impressed by the Armoy Club, a lot of clubs could learn from the most recently established promoting club in Ireland.

News this week on the UGP line up is that Moto GP star Danny Webb will be competing in the Supersport races on the Collision Belfast Kawasaki. Danny sees road racing as his future.

Tomorrow our loyal partners, Lisburn City Council, will hold a UGP launch event in Lagan Valley Island. I can’t speak highly enough of our relationship with the council, they have always been very willing to step up to the mark when help is needed.

Our special guests for the night include Hutchy, Keith Amor, Gareth Keys who is progressing well in the Supertwins class at the minute, Shaun Anderson who is just back from injury and newcomer to the road race scene Glenn Irwin.

It will be a great night so make sure you get the News Letter on Thursday for a full report.