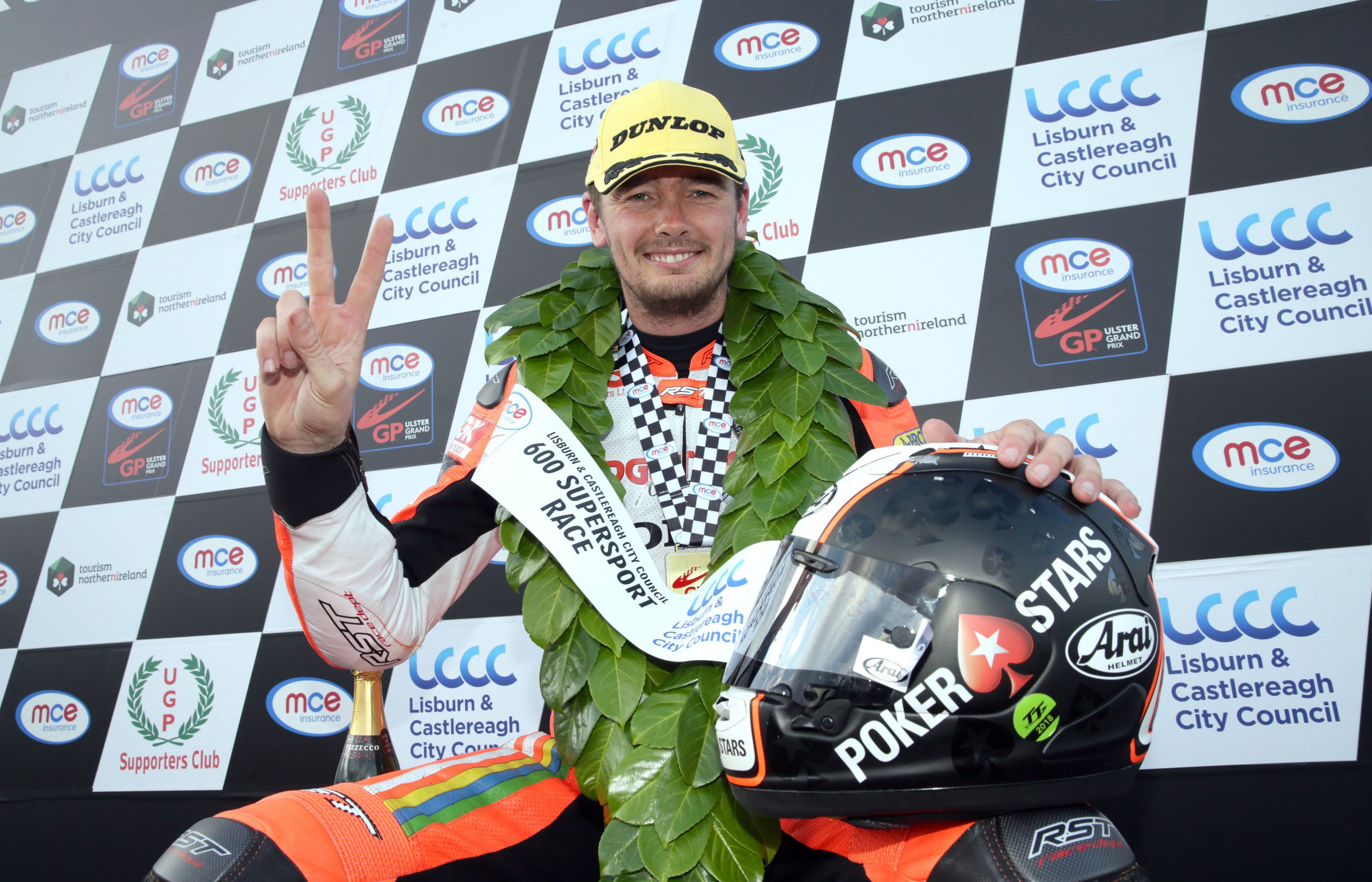 Conor Cummins took his first victory since 2009 at the MCE Ulster Grand Prix today as the first races got underway in damp conditions at Dundrod.

Speaking in parc ferme after the race, Cummins commented:

“The bike was faultless. We made a tyre choice right from the off and stuck with it, and I think experience counted for a lot there. The Padgett’s team and myself have been round here a lot so I’m well happy. The bike was perfect.”

“It’s nice to be back on the top step here after all these years. It wasn’t an easy race as the first two or three laps were pretty ding dong but I just got my head down and got into a rhythm, keeping it as smooth as possible.”

The race followed an earlier outing for the Supertwin class, after Clerk of the Course Noel Johnston made an adjustment to the schedule following some heavy downpours around Dundrod.

That DGH Recovery Services Supertwin race was one to remember for Magherafelt’s Adam McLean, who claimed his maiden international roads win after a close battle with Christian Elkin. Third place went to Ian Lougher, making his first return to the MCE Ulster Grand Prix since 2013, and the 55 year-old recorded what’s thought to be his 51st podium at Dundrod.

Speaking after the race, McLean immediately dedicated that to his fallen teammate James Cowton, who sadly lost his life earlier this year at the Southern 100.

“It’s nice. First international road race win sounds good but I’d like to dedicate that to James. Conditions were tricky out there but hopefully we can get out in the next couple of races and get as good a start as that again.”

In the final session of the day, the Belfast International Airport Ultra-lightweight / Lightweight race, Christian Elkin built on his earlier podium with another dominant win in the Ultra-lightweight class, finishing ahead of an emotional Michal Dokoupil on the Ariane Moto3 machine and Nigel Moore on his Moto3 Honda.

The Belfast International Airport Lightweight race meanwhile, was won by Neil Kernohan, who came home eight seconds ahead of Shaun Anderson on the CB Racing Honda and Darryl Tweed on his M&D Racing Honda.

In the earlier practice sessions, it was Dean Harrison who claimed Supersport pole position and Cummins set the first 134mph lap of the year to take Superbike pole. Roads close at 9.30am on Saturday with a full schedule of racing planned. 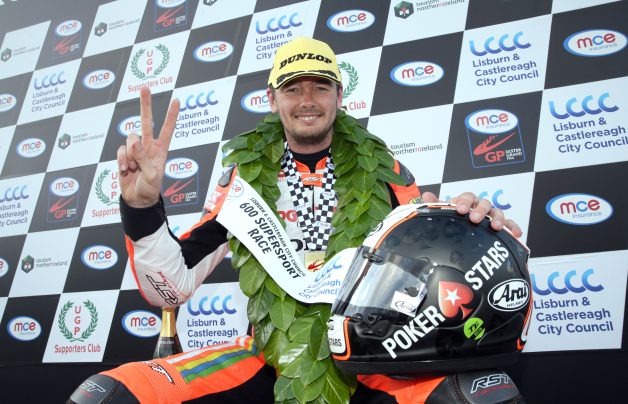