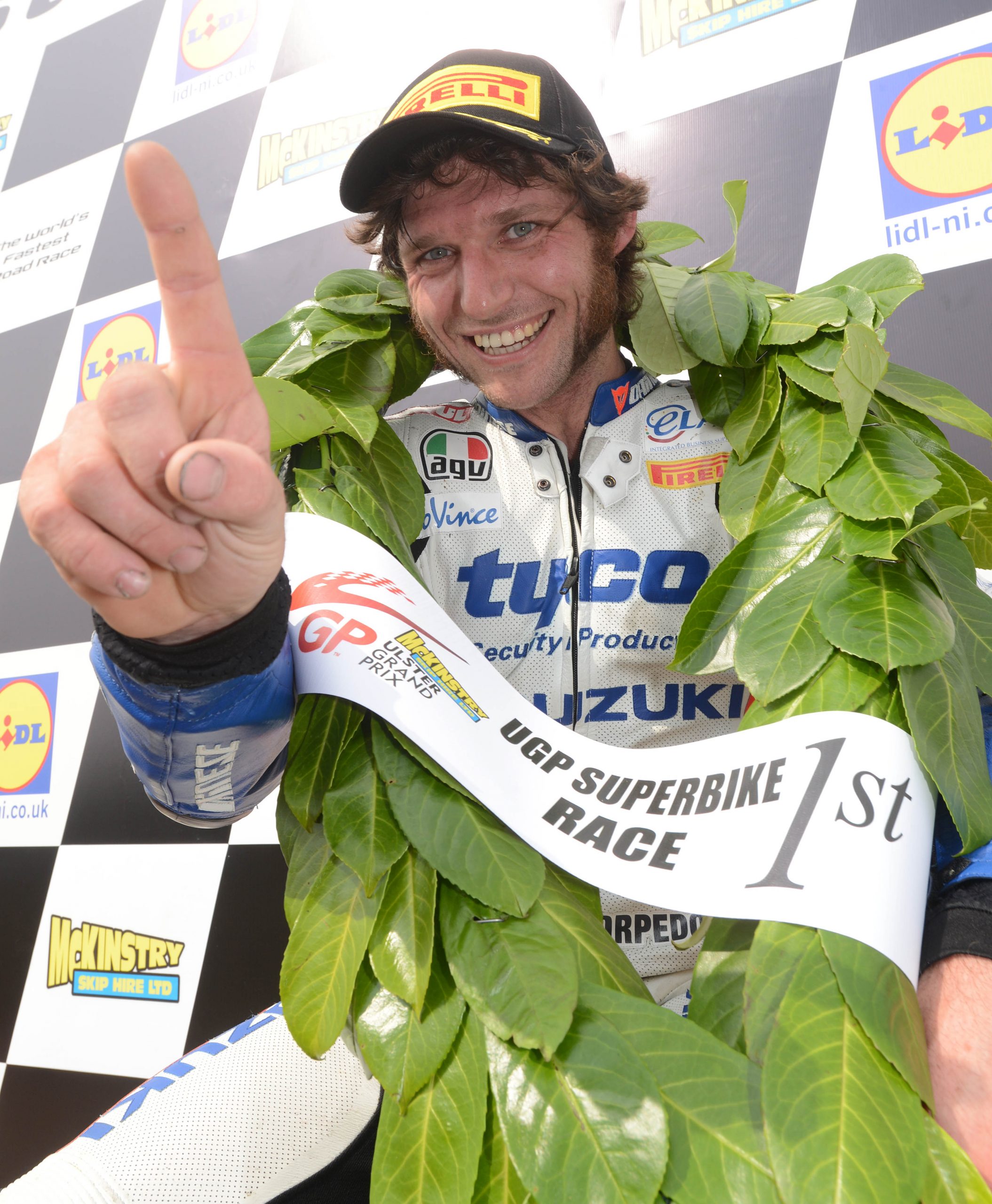 After more than a year of speculation, Guy Martin has confirmed he will once again take his place on the grid at the famous Dundrod circuit this August, as part of his surprise new deal with Honda Racing.

The 11-time MCE Ulster Grand Prix winner and TV personality hasn’t raced since his crash during the Dundrod 150 Superbike race in 2015, spending 2016 pursuing other interests, namely the 2,745 mile Tour Divide across America and his Land Speed World Record attempt.

Now fans will not only see Martin back in action at the TT but the MCE UGP as well, where he’ll no doubt be out to recapture some of his previous form. Before his crash in 2015 he was the looking like the man to beat around Dundrod, taking a double pole position in practice and achieving a best lap time of 133.176mph.

Clerk of the Course at the MCE UGP, Noel Johnston said: “While many thought that Guy’s road racing career was behind him, I’ve always thought he’d return – he has serious unfinished business at the TT and with us at Dundrod. No-one wants to end their career on anything but a high.

“We went out of our way last year to try to get him to the Ulster but due to his other commitments we just couldn’t make it work. Last year’s event was undoubtedly one of the best road races in recent memory, but Guy was definitely missed.

“Having him there this year is the missing piece of the jigsaw. The fans love him and having arguably the sport’s biggest star line up for that sensational mass start at Dundrod will hopefully translate into a big boost in spectator numbers for us.

“Guy’s made no secret in the past for his love of the circuit and I had a suspicion we hadn’t seen the last of him. It’s without a doubt the place where he’s enjoyed the most success, and with 11 wins to his name around Dundrod, he’s one of our highest ever achievers.”

When asked whether Guy will be able to add to his tally of wins however, Johnston believes track time will be key.

“How he’ll perform this year is anyone’s guess, obviously he’s up against the leaders of the pack at the TT and he’ll need some serious track time on the new Fireblade before he gets to the Isle of Man. Whether he can take the fight to Michael and Hutchy I don’t know, but it’s sure to make for some great racing.

“When it comes to Dundrod though, he knows that circuit like the back of his hand and despite his lack of time on a bike last year, I wouldn’t be surprised if he ends up on the podium. It sounds like he’s coming at it more determined than ever, and new boss Neil Tuxworth certainly knows how to win a race,” he added.