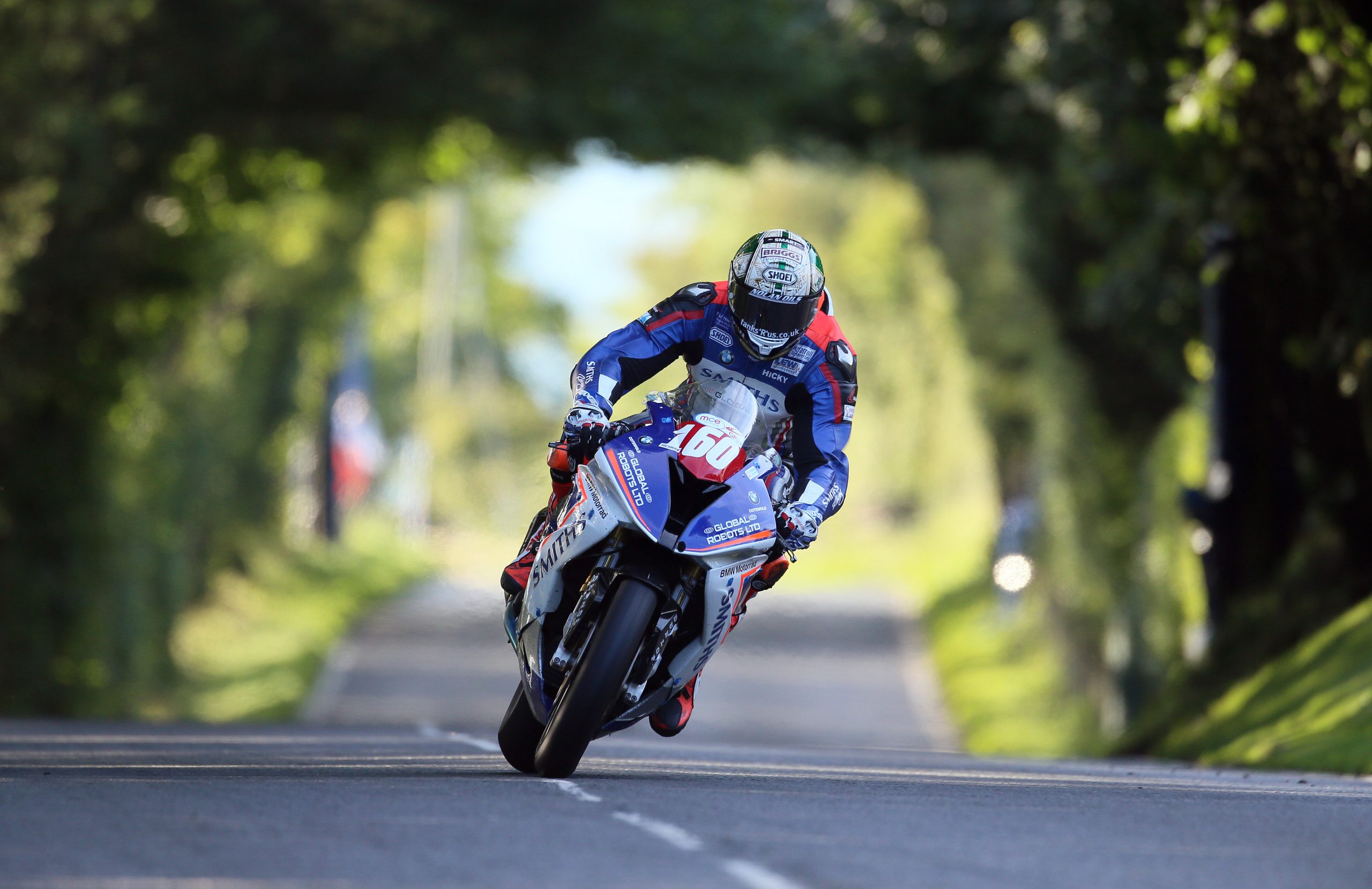 Peter Hickman continued his strong form from Wednesday’s practice sessions to claim provisional pole position for the Superbike races and pole for the Superstock and Supersport classes at Saturday’s MCE Ulster Grand Prix.

The 30-year old, riding the Smiths Racing BMW Superbike and Trooper Beer by Smiths Triumph, has been a dominant force so far at Dundrod this week, but as practice ends the chasing pack isn’t too far behind.

In the Superbike class, Hickman’s lap of 133.560mph was the fastest of the day, followed by Dan Kneen, who is just 0.560 seconds behind on the Tyco BMW. Bruce Anstey, Conor Cummins, William Dunlop, and Michael Dunlop will complete the first two rows. The full running order for the Superbike class will be determined in Saturday’s Superpole session.

Before Hickman’s flying lap it was William Dunlop who was the early leader in the session, and he also became the fastest ever rider to pass through the Dundrod speed traps at 200.4mph. An injured clutch hand has again proven to be no major hindrance for the Ballymoney man, although it remains to be seen how he will fare over race distance come Saturday.

In the Superstock class, Hickman’s 132.334mph lap was enough to secure pole, and he was once again closely followed by Dean Harrison at an average speed of 132.236mph. The duo look like the men to beat come Saturday, as third place Dan Kneen was a few seconds back on the Tyco BMW, with Jamie Coward securing a fantastic fourth place.

Saturday’s Supersport grid will also feel familiar with Hickman at the front, and Harrison, Anstey, Lee Johnston, William Dunlop and brother Michael completing the front two rows. Christian Elkin was another rider running high for most of the 600 qualifying session, eventually finishing eighth ahead of young local Paul Jordan and Adam McLean in ninth and tenth.

Following practice, racing will get underway at the Charles Hurst Motorcycles Dundrod 150.