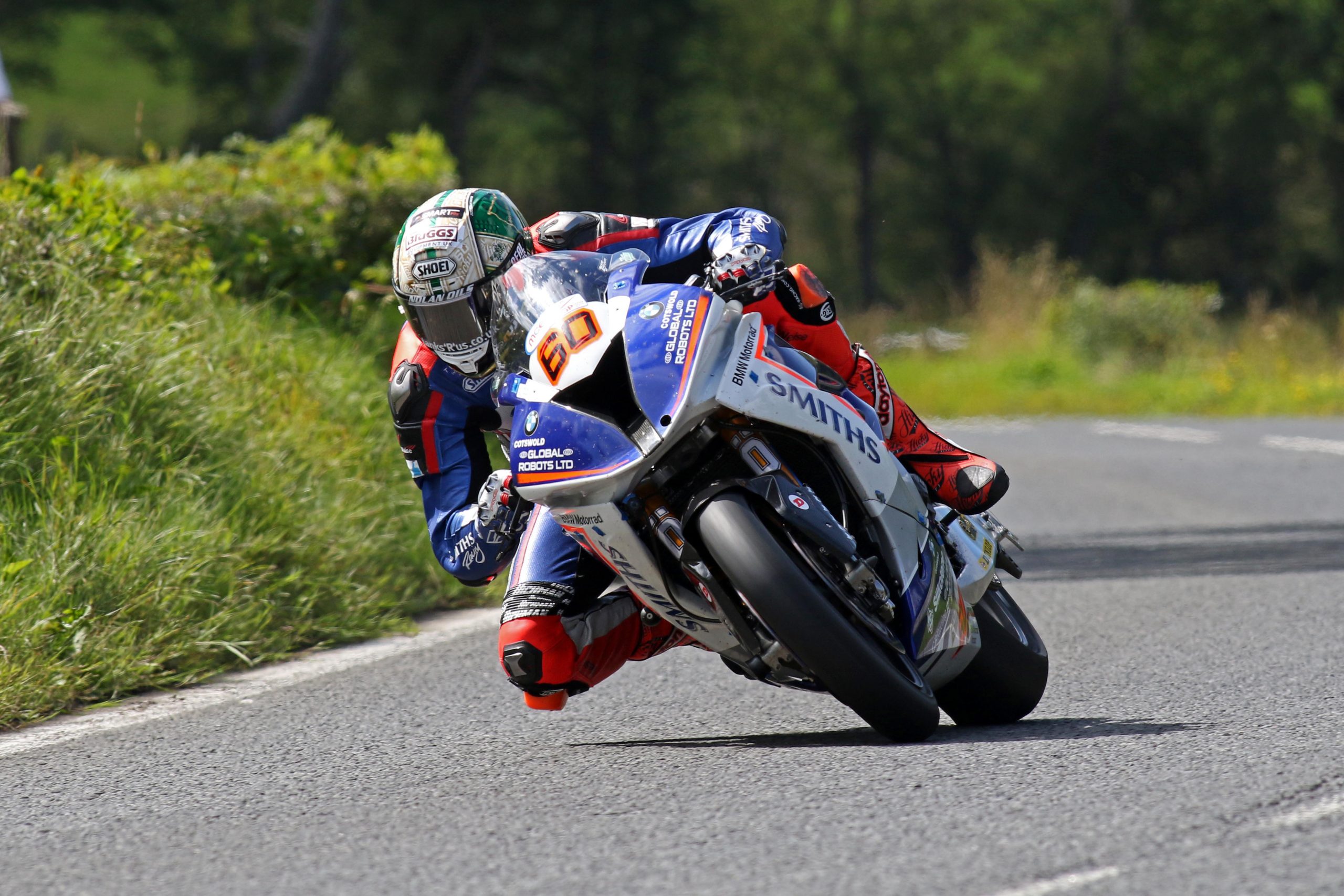 Peter Hickman lived up to his billing as one of the pre-race favourites at this year’s MCE Ulster Grand Prix, with the MCE BSB racer topping the timesheets in the MCE UGP Superbike, Supersport and Charles Hurst Motorcycles Dundrod 150 Superbike classes as practice got underway.

The 30 year-old set the day’s fastest lap of 132.453mph on his Smiths BMW, and then even more impressively claimed the second fastest time on his stock machine. Bruce Anstey and Conor Cummins finished third and fourth, followed by William Dunlop, Dean Harrison, Dan Kneen and Michael Dunlop.

It was a similar story in the first Dundrod 150 Superbike session earlier in the day, when Hickman topped the timesheets with a 131.757mph lap, again ahead of Padgetts duo Bruce Anstey and Conor Cummins. The trio have been the early pace setters and all three have already proven they have what it takes to win a big bike race at Dundrod.

William Dunlop followed home in fourth, with Derek Sheils and Michael Dunlop in fifth and sixth respectively in a 30 minute session where all riders were finding their feet on the big bikes and adjusting setup.

Hickman then made it a hat trick of fastest laps on the smaller Supersport machines, finishing 0.084 seconds ahead of Bruce Anstey and 0.749 ahead of Dean Harrison in a hotly contested 40-minute practice. William Dunlop, who narrowly missed out on a win in the class last year, was fourth as he showed a minor hand injury isn’t going to slow him down too much this Bike Week.

In the combined Dundrod 150 National and Challenge session, newcomers Joey Thompson and Rob Hodson put in impressive performances, both setting 119mph laps to secure the top two times, while Scottish racer Robert Wilson was third on the Stoddart Racing Yamaha. All of the riders were able to make the most of the dry track time, and it sets the scene for a close race on Thursday.

On the Ultralightweight machines Paul Robinson led the way ahead of Christian Elkin, with both riders unofficially dipping below the Moto3 lap record (times set in practice aren’t eligible). Behind them were Joey Thompson, Gary Dunlop and Paul Jordan on the Joey’s Bar MCC Honda.

The Lightweight class meanwhile was dominated by Bruce Anstey, making his first appearance at Dundrod on the Padgett’s RS250. The flying Kiwi set a 113.420 lap to finish over seven seconds clear of Neil Kernohan, Davy Morgan and Callum Laidlaw. He starts the races this week as firm favourite, but the battle for the podium is anything but decided.

Former race-winner Ivan Lintin was resurgent in the Supertwins practice, leading another close-fought session ahead of James Cowton, Derek McGee, Derek Shiels and Daniel Cooper. It was a case of the usual suspects, but that’s going to be no bad thing as fans can look forward to another tight race.