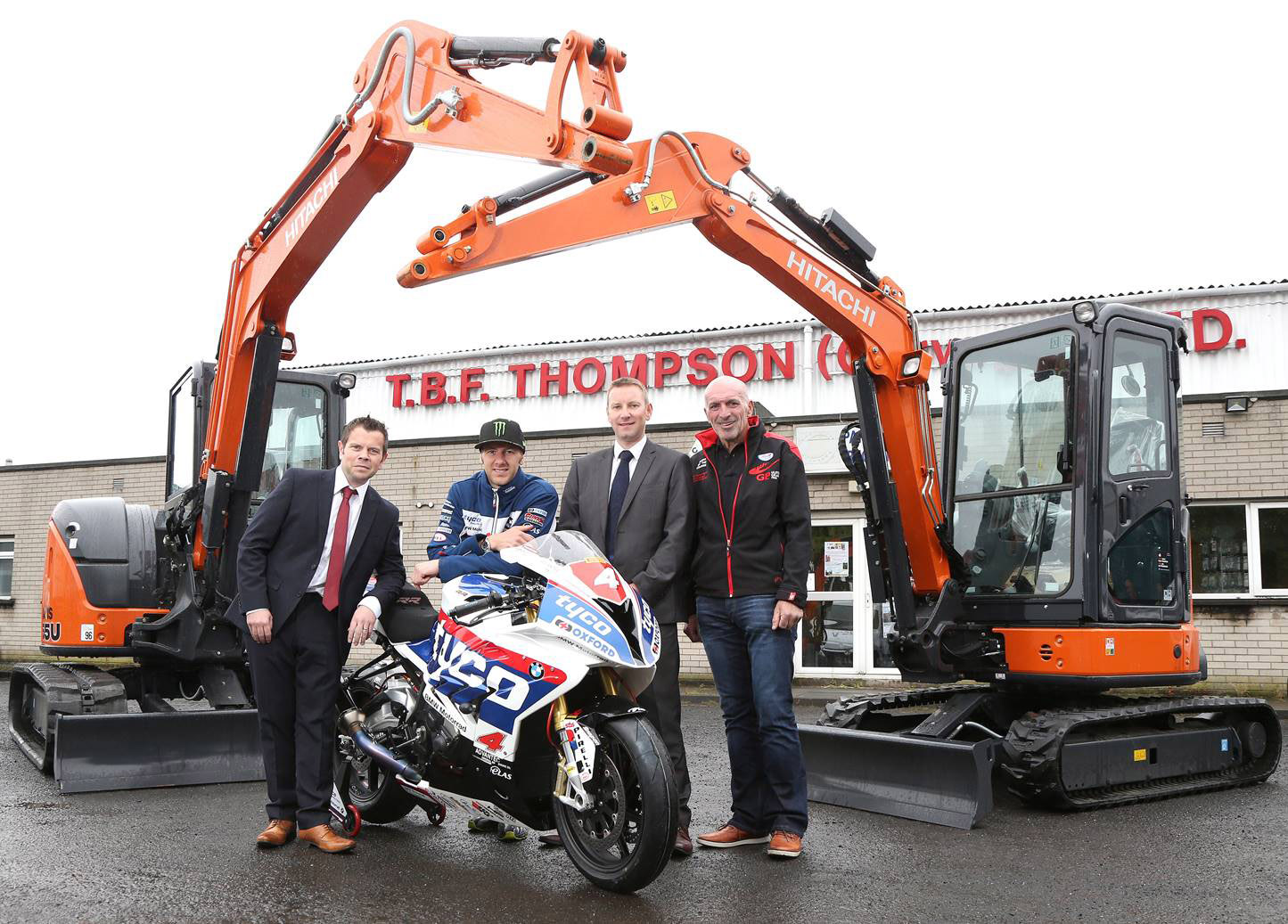 Bingley Bullet Ian Hutchinson has admitted that it will take a massive effort to get to the top step at the MCE UGP, calling it one of the ‘toughest’ road races to compete at.Hutchinson, whose 2016 TT campaign resulted in three hard fought wins, took home the treble at the MCE UGP in 2010, not returning again until 2014 after sustaining serious injuries to his leg which ruled him out of any competition for over three years.

In 2015, Hutchinson came second in the feature Superbike race behind Bruce Anstey, and third in the second Supersport race with Lee Johnston and Glenn Irwin taking the first two places on the podium. He said: “I missed a lot of racing, even more so at the Ulster than anywhere else, so it was great last year to be back in the pack.“It was a long three years watching racing and wondering if I could ever get back to the front. I couldn’t wait to get back to the Ulster. It’s a demanding place to return to, it’s so fast and flowing, but that’s why we love it and I want to get back on that top step.“It will be one of the toughest races this year, it’s a massive battle to take off from that mass start and stay at the front. You have to work out a plan to be in the right place at the right time.”

When asked what he thinks about the introduction of a Superpole session, Hutchinson said: “It’s going to be interesting, and it’s going to really put some pressure on. I don’t know how it’s going to suit my style but I’m looking forward to it and I think it’s brilliant that the organisers are bringing something different to road racing.”

Hutchinson’s comments were made as the MCE Ulster Grand Prix announced a new co-sponsor of the event, TBF Thompson & Hitachi Construction Machinery. The Mallusk based company has been involved in the automotive and plant industries throughout the island of Ireland for over 50 years. Alan Espie, Director at TBF Thompson said: “TBF Thompson and Hitachi Construction Machinery are really excited to have signed a deal to co-sponsor this iconic and high profile sporting event.“I’m a road racing fan myself so on a personal level it’s great to be able to support an international event on our doorstep, and from a business perspective there’s no denying that it’s a good fit for the plant and machinery side of our business.“Thanks must go to Ian Hutchinson for taking the time to come out and see us, and good luck to him and the rest of the guys on the grid next month, we can’t wait to be there!”

Clerk of the Course at the MCE Ulster Grand Prix said: “All eyes are going to be on Hutchy at Dundrod. He and Michael Dunlop put on a spectacular show at the TT, they just seemed to be on another level and the speeds and skill were unreal.“Hutchy has got to be one of the most determined guys on the grid, you only have to look at the journey he made back from horrifying injury to know that he is incredibly focused and driven. I’ve no doubt he’s aiming for a repeat of his success at the Ulster in 2010 – a treble at two international road races in one season would be a pretty nice achievement.

“Thanks also to Ian for visiting the event’s new co-sponsor, we’re really excited to have them involved and it was great to get one of the key men of the moment to their premises in Mallusk to kick things off,” he added.