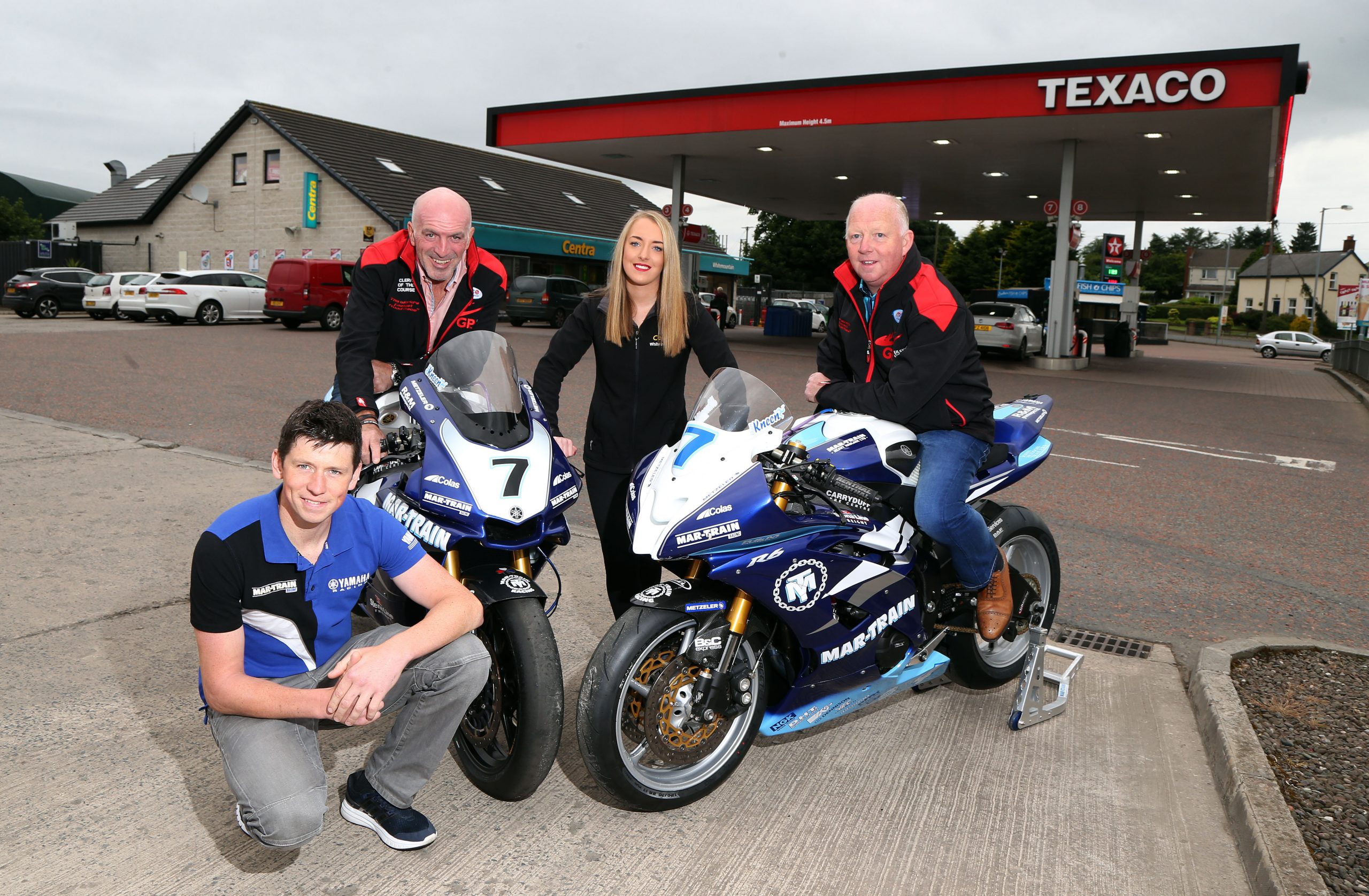 Mar-Train Racing rider Dan Kneen is raring to get out on his Yamaha machinery at this year’s MCE Ulster Grand Prix after being forced to miss both the North West 200 and IOM TT due to injury, making a return at last week’s Southern 100.

Kneen signed for Lisburn-based Mar-Train Racing back in November 2015, with his career to date including a win at Dundrod in 2014, winning the Irish Superbike Championship in the same year.

Kneen said: “Breaking one arm and badly hurting the other one was a massive blow, it was like a bad dream to be honest. It’s been really tough just sitting on the sidelines missing out on so much action, especially since things were going so well with the bikes and the new team.

“As a Manxman, the TT was particularly hard to miss, but the arm is healed now. I’ve had a good run out at the Southern 100, I was very happy with my third place finish and now I can’t wait to get back to the Ulster.

“I’m loving being with the Mar-Train guys and both bikes are going great. I used the opportunity of being over at the Ulster launch to get some time on the bikes ahead of both the Southern 100 and Dundrod and that went well, my aim has been to get back to speed as quickly as possible.

“A win at the Ulster would really be amazing and I’d like to be able to do it for the team after spending too much of the season on the sidelines. I’m going out there for a strong finish,” he added.

Kneen was on hand during the MCE UGP launch to announce a new sponsorship with Whitemountain Centra Service Station, who are backing Supersport race one.

Sam Finlay, owner of Whitemountain said: “We are passionate about road racing and have been for many years, in fact I was a mechanic back in the 80s for Martin Barr and Johnny Rea. Then in 2003 I met a very young Guy Martin and he ended up racing for us and living on the current Whitemountain site.

“We ran our own successful team for many years, Team Racing with riders including Adrian Archibald, Conor Cummins and Paul Hunt, and we currently support local rider Declan Hoey who competes at the Mondello Masters.

“We’re delighted to sponsor the Supersport race this year, the event is just a mile from our shop and we always support it with special offers and deliveries to the paddock. We have planned another fun day on Friday 12th August from 1pm to 4pm; it was a big hit last year and we’re planning a bigger and better one this year so don’t miss it!”

Noel Johnston, Clerk of the Course at the MCE UGP added: “To be a contender for Michael Dunlop at the Southern 100 on his first race since Tandragee is pretty impressive stuff.

“We’re glad Dan is fighting fit in time for the last, and arguably the most important international road race of the season. This is a chance for everyone to end their season on a high, and it goes without saying that everyone is there to win.

“I must also thank Sam and Danielle at Whitemountain Centra Service Station for getting on board with sponsorship of one of the seven feature races at the MCE UGP. The buy-in and support of businesses and people around the circuit perimeter is very important to us,” he said.

The full schedule of races is as follows:

Fans can buy tickets to attend the MCE Insurance Ulster Grand Prix and Plant Lubrication (NI) Dundrod 150 online via Ticketmaster. Tickets will also be available to buy on the roads approaching the circuit during Bike Week and in the race office. 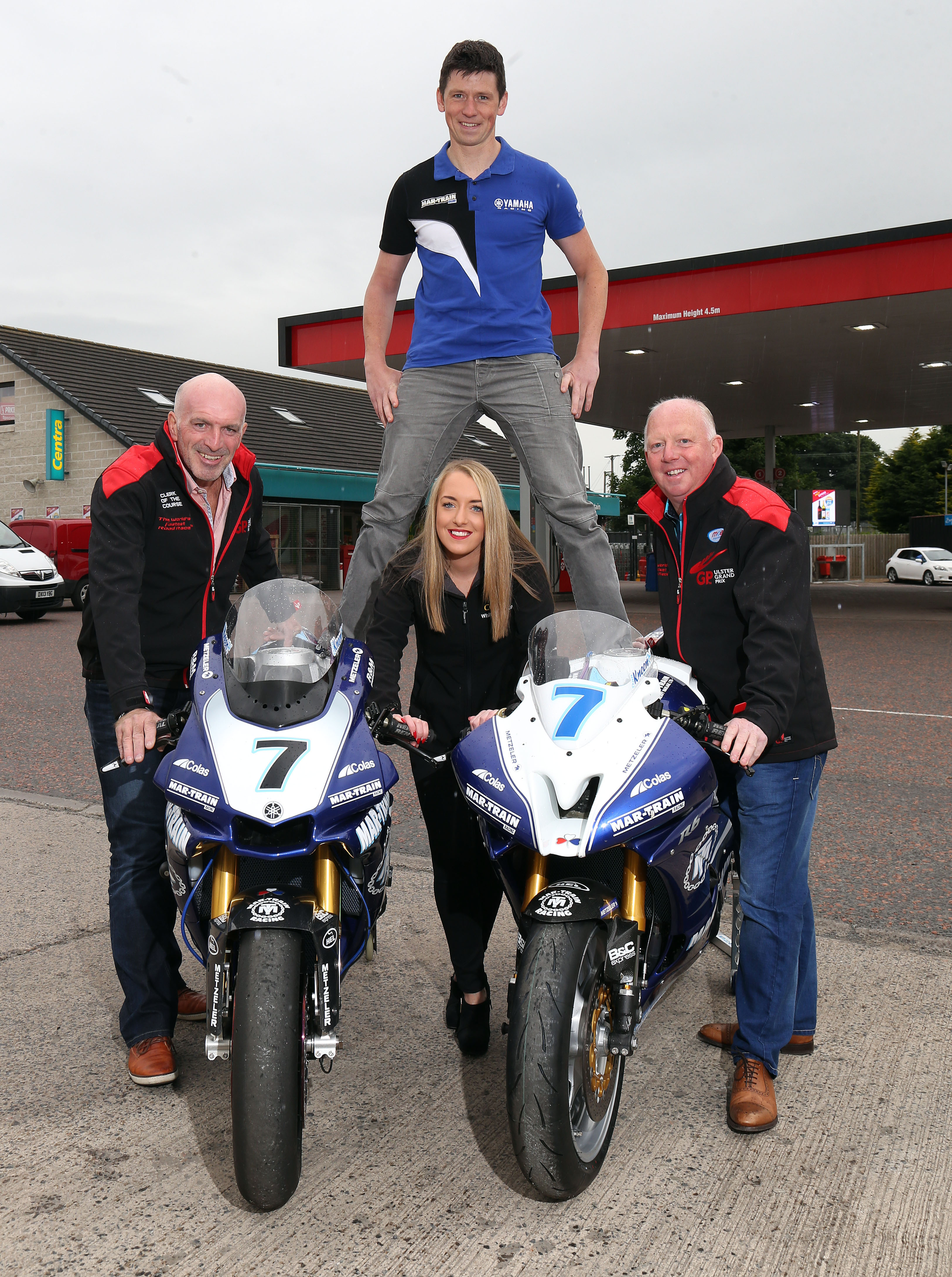