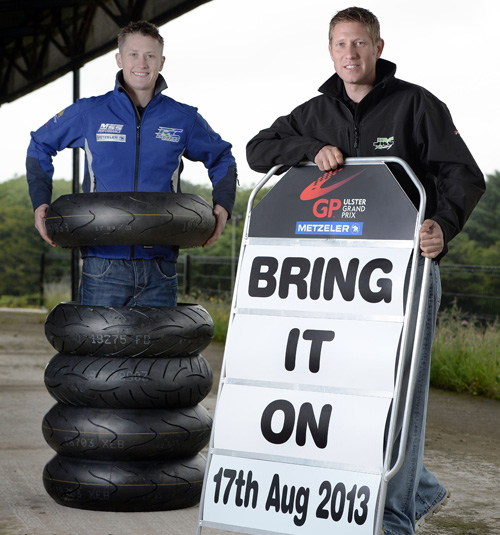 It was revealed during the event that while entries haven’t yet closed, the world’s fastest road race can already boast a fantastic line up of competitors. Clerk of the Course at the Ulster Grand Prix, Noel Johnston said: “I’m delighted to confirm that Cameron Donald will travel from Australia to take part. He’ll be going head to head with Gary Johnson, William Dunlop, Stephen Thompson, Dean Harrison, Guy Martin, Bruce Anstey and of course Michael Dunlop, fresh from his amazing wins at the TT. 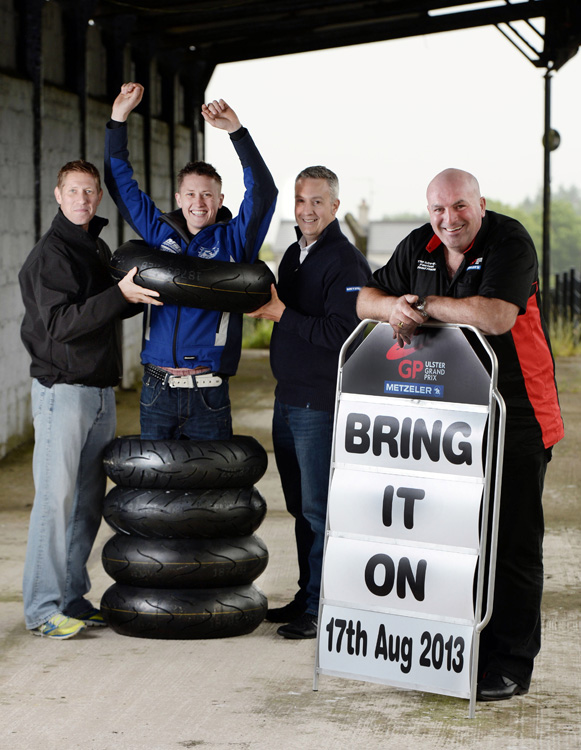 “I am also pleased to announce that Irish superbikes contender David Haire has signed up as a newcomer to the UGP and am hoping he’ll bring a touch of his magic to the roads at Dundrod.” During the launch, Johnston also announced that Ulster Grand Prix favourite Keith Amor plans to emerge from retirement to take part in the 2014 event. “He had been planning to be at Dundrod this year but it it’s now on hold until next year.

He had some good wins there in the past and he’ll be a welcome face in the paddock next Summer,” Mr Johnston added. Speaking at the event, Product and Marketing Manager from title sponsor Metzeler, Jim Worland said: “We’re delighted to begin our three year partnership with the Ulster Grand Prix and to be associated with the World’s Fastest Road Race. “For us, the appeal is the fact that it’s a down to earth, pure road race, attracting the best road racers in the world – there’s nothing else quite like it. “Metzeler will be working hard alongside the UGP to raise its profile with bike fans around the globe,” he added. During the launch event, Gary Johnson admitted the competition would be fierce at Dundrod this August, saying, “Everyone will be trying to get that last big win of the season so it’s hard to predict how it’ll go but I’m happy with my bikes and am totally ready for it. “I’m looking forward to it, the mass start is fantastic and the circuit is so smooth and flowing. It’s a real rider’s circuit,” he added. Dean Harrison,the first newcomer to lap the Dundrod circuit at the Ulster Grand Prix in excess of 130mph said: “I loved my first experience of the UGP and can’t wait to get back there. It’s an amazing circuit, and I’m hoping I can improve on my performance with more practice.”

Councillor Andrew Ewing, Deputy Mayor of Lisburn said: “Lisburn City Council is proud to support the 2013 Metzeler Ulster Grand Prix, and indeed the 60th anniversary of the first Ulster Grand Prix on the Dundrod circuit. “The City of Lisburn is currently celebrating its status as a European City of Sport so it’s fitting that one of the world’s premier motorcycling events is right on our doorstep.

“I’d like to pay tribute to the hard work of the Dundrod and District Motorcycle Club for their hard work as promoters of the event, and look forward to a safe and exciting week’s racing this August.” The Dundrod and District Motorcycle Club confirmed at the launch that the 60m TV screens would be back in the paddock area and at Leathemstown. Further new developments for the event include a newly designed website and mobile app which allows race fans to follow news and developments at the touch of a button. Bike Week 2013 will run between 12th – 17th August in Dundrod, Co. Antrim. The main events are the Topaz Dundrod 150 racing on Thursday 15th August and the Metzeler Ulster Grand Prix racing on Saturday 17th August.

Wristbands that allow entry to the course and the paddock all week cost £25. Under 16s are free.