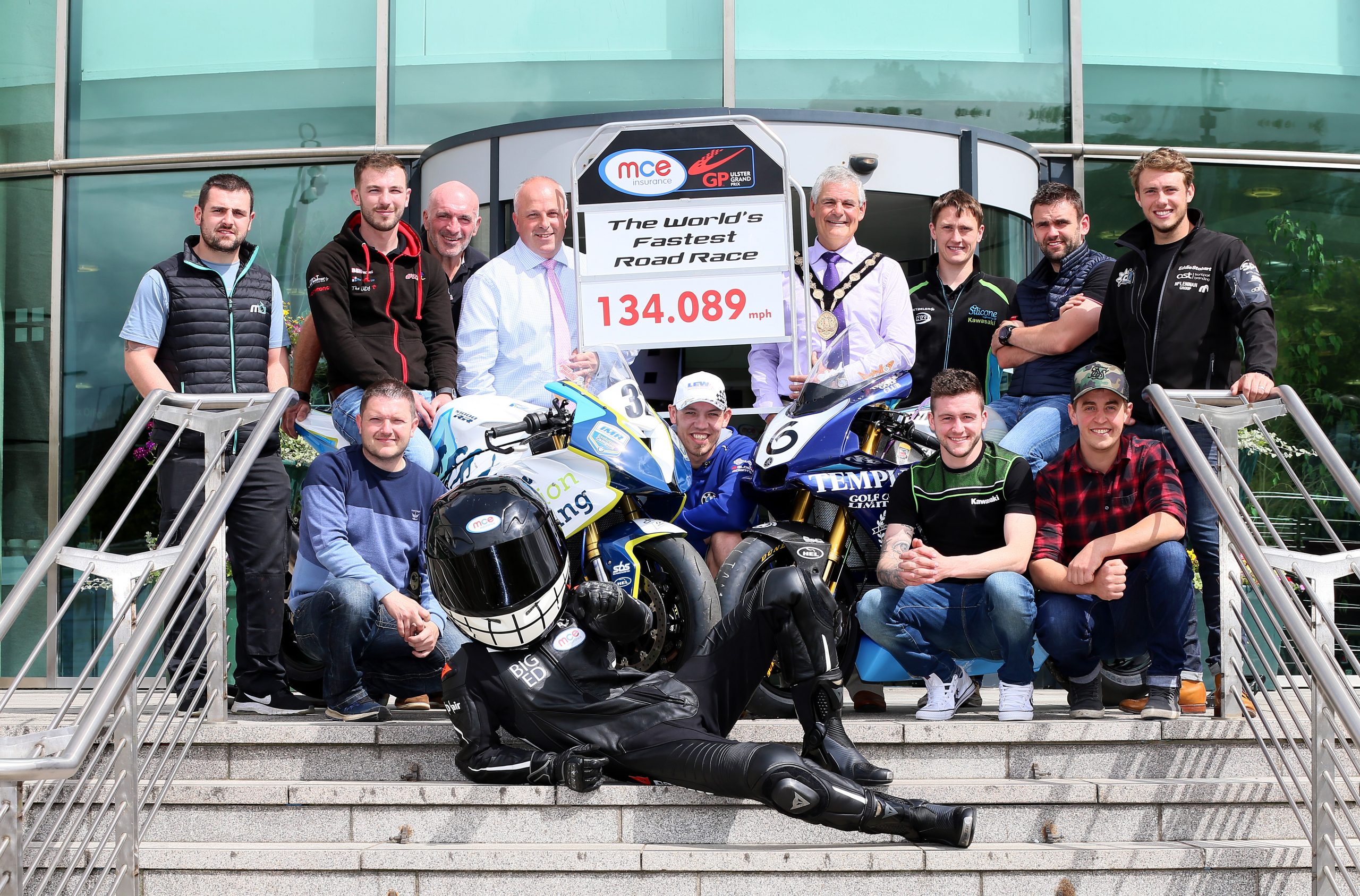 The countdown to the 2017 MCE Insurance Ulster Grand Prix has begun, as some of the biggest stars in real road racing have gathered once again at Lagan Valley Island, Lisburn to launch the 95th year of the world’s fastest road race.

Some of Northern Ireland’s top talent including Michael Dunlop, William Dunlop, Gary Dunlop, Adam McClean and Paul Jordan formed part of an all-star line up at the event, along with Peter Hickman, Dean Harrison, Daley Mathison and Dominic Herbertson.

They will join other big names in road racing such as Bruce Anstey, Dan Kneen, Conor Cummins, Derek Sheils and Ivan Lintin on the entry list, as organisers also confirmed some major improvements to the circuit and paddock.

Noel Johnston, Clerk of the Course at the MCE Ulster Grand Prix said: “We had an unbelievable week of racing in 2016, so the bar is high but the beauty of Dundrod is that the racing is always incredibly close and incredibly exciting, a truly spectacular finish to the international road racing season.

“Obviously I’m hopeful that both Hutchy and Lee Johnston will be fit and well enough to take part, Hutchy looks less likely at the moment but even without them it will be a very strong grid, where anyone could win,” he added. 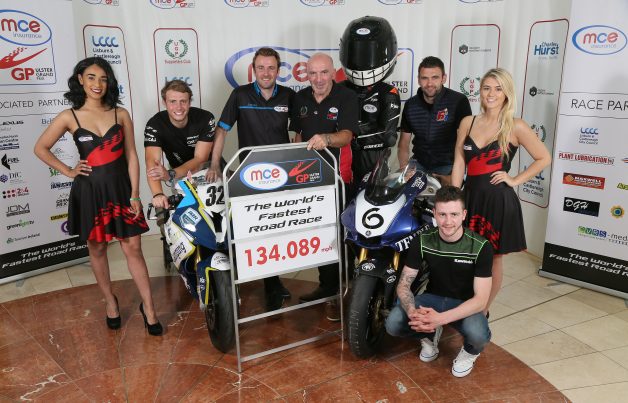 It was announced at the event that the Department of Communities have granted the Dundrod & District Motorcycle Club in excess of £200,000 for health and safety improvements, all of which have been implemented in time for the event this August.

Noel added: “We’d like to thank the Department of Communities for its generous investment, which has allowed us to undertake important capital safety work, as well as improving facilities in the paddock and to provide better access for disabled fans.

“On that note, I’d like to thank all of our sponsors and stakeholders for their support, particularly MCE Insurance, our title sponsor, Charles Hurst Group, a new event partner and Charles Hurst Motorcycles, the new title sponsor of the Dundrod 150, as well as existing event partners Lisburn & Castlereagh City Council and Tourism NI.

“That’s not to mention all of our individual race sponsors, volunteers and fans, all of whom make the event possible year after year to the point where we’re now celebrating the 95th UGP.”

Speaking at the event, fan favourite and 15-time TT winner Michael Dunlop said: “The Ulster is the last international of the year and we’re working hard to get the bike sorted, with new parts on their way and a few improvements to make.

“The competition will be tough, it’s always hot and heavy with that pack start at Dundrod and we’ll all be looking forward to getting stuck in,” he added.

Peter Hickman, who secured an incredible five podiums in fives races at the 2017 IOM TT said: “I’ve had a good year with the MCE BSB and the TT, where I turned up with nothing and left with five podiums.

“I’ve been strong at Dundrod since first turning a wheel there, and while I was a bit disappointed not to do better last year, I’m absolutely coming to make amends this August,” he said. 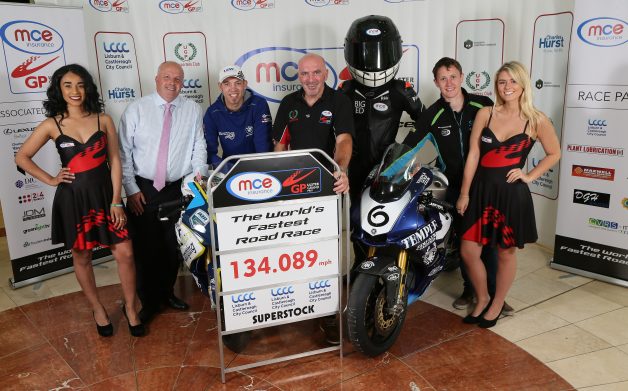 The Mayor of Lisburn & Castlereagh City Council, Councillor Tim Morrow, added: “On behalf of the Council I would like to take this opportunity to publicly thank all the riders, teams and visitors for being part of the 2017 MCE UGP, whether it be their first time or they are returning to the world’s fastest road race.  It is fantastic that the Ulster Grand Prix has continued to take place and grow in the Council area for 95 years.  This prominent event in the road racing calendar attracts thousands to the Lisburn and Castlereagh area and I hope that each and every one of them enjoys the sights and facilities the area has to offer.

“As the Mayor of Lisburn & Castlereagh I am looking forward to attending the races and standing on the grid to start a race.  The Ulster Grand Prix Supporters Club has been helping raise funds for this popular sporting event for over 50 years and the Club’s efforts and contribution to the 2017 event is greatly appreciated by all parties,” concluded Councillor Morrow.

Alderman James Tinsley, Chairman of the Council’s Leisure & Community Development Committee said: “The Council is delighted to be a sponsor of the UGP and show its support for this international event.  I congratulate the Dundrod and District Motorcycle Club for its continuous improvements to the event facilities and safety measures and attracting more visitors each year.  Club members have been working hard to prepare the circuit and pits area for both riders and visitors with plenty more planned in the run up to the event in early August.

“To hear direct from the riders what the race means to them provides us with a great understanding of the importance of the event.  Not only do the riders get so much from it, but the spectators who support the race return each year for a thrilling experience.  The entire event is well organised by the Club and receives great support from all the sponsors including title sponsor MCE alongside people in the local area who volunteer to ensure the event is a success.  I would like to extend my thanks to everyone who contributes to the Ulster Grand Prix; Dundrod remains firmly on the map as the village that is home to the world’s fastest and indeed most popular road race.”