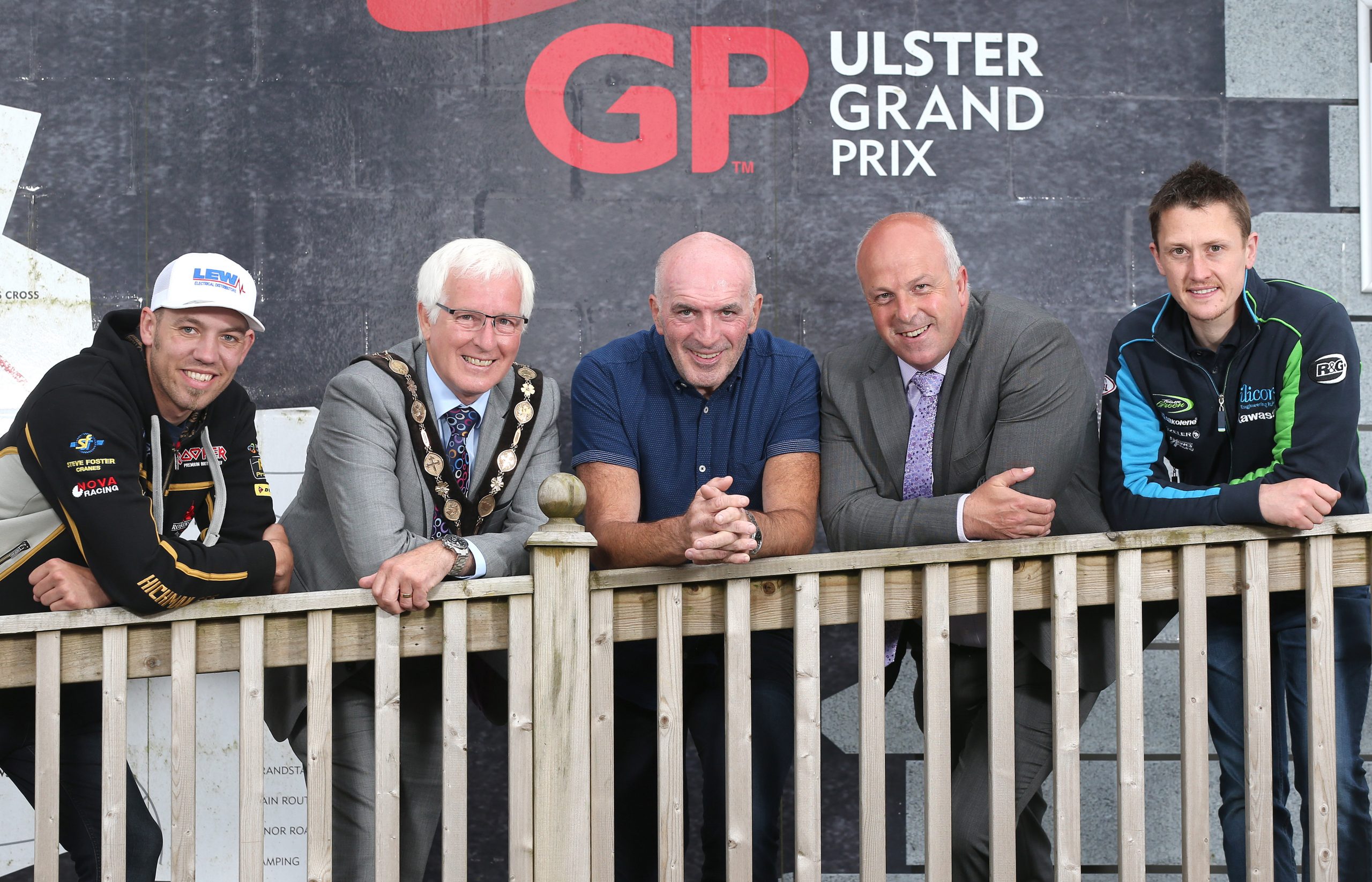 TT 2019 treble winner, Peter Hickman and arch rival, Dean Harrison, the winner of this year’s Senior TT race, visited the famous Dundrod circuit in Co Antrim yesterday to launch the 2019 Ulster Grand Prix which will take place on 5-10 August. Both men admitted they are eyeing the opportunity to reinstate Dundrod as the world’s fastest race track.

‘If the conditions are right and the track is good I think it can be the fastest again.’ Hickman said.

It was the Smith’s BMW racer’s 135.452mph lap in last year’s Senior TT that saw the title shift to the Isle of Man’s Mountain course but Hickman thinks Dundrod has an advantage.

‘Overall I think the Ulster is a faster track with only one slow corner.’ he said.

Harrison, who can still lay claim to being the fastest ever rider around the Dundrod circuit with his 134.614mph mark set on his way to winning the 2017 Superbike race, agrees.

‘I think it is a faster circuit and all we need is sunshine and a good close race and the lap record could go.’ the Silicone Kawasaki star said. But both men declared their principal focus was on race wins and podiums than lap records.

‘I would rather have a podium than a lap record even if it is a world record.’ Harrison smiled.

Hickman and Harrison have dominated road racing’s leading events over the past two seasons and laid down emphatic markers at Dundrod.

Hickman was declared Man of the Meeting at the last two Ulsters after the Smith’s BMW rider claimed a 2017 treble in both Supersport races and the Superstock event. He was also the winner of the 2017 Dundrod 150 Superbike race.

Twelve months ago Hickman claimed UGP Supersport and Superbike victories, adding to the Burton on Trent rider’s tsunami of success since his shift from BSB to the roads in 2014. The 32 year old is now a multiple race winner at the NW200, TT and Macau as well as the Ulster.

The duo will go head to head in the Supersport, Superstock and Superbike classes this time around with Hickman campaigning a brace of Smith’s BMW S1000RRs in the big bike classes plus the Trooper Beer Triumph in the 600cc class. Harrison will be Silicone Kawasaki mounted in all three divisions.

“Dundrod is a track that suits my style because I like to carry plenty of corner speed and we are fairly certain we have sorted the water pressure problem we had on the superbike at the TT.” Hickman explained, referring to the overheating issue on the Smith’s machine that forced him to slow in the Senior TT race to let Harrison through for victory.

‘We are still learning with the new bike but we aren’t sure whether or not we will have a full superbike engine for the Ulster or will run the blueprinted engine that gives just 8bhp more than standard.’

Both Hickman and Harrison are set for plenty of action as they prepare for this year’s Ulster Grand Prix.

‘I’ve BSB races at Knockhill, Snetterton and Thruxton to come and an outing in the French superbike championship testing for Dunlop tyres.’ Hickman explained.

Harrison will also compete at the BSB events plus competing at the Southern 100 in early July.

‘I approach every race in the same way.’ Harrison said.

‘I try to get on the podium and if you are in the right place at the right time the wins will take care of themselves.’

The Mayor said: “On behalf of the Council, I would like to take this opportunity to publicly thank all of the riders, teams and visitors for being part of the 2019 Ulster Grand Prix.”

He continued: “I am delighted that we are supporting this annual event once again. I commend the Dundrod and District Motorcycle Club for its success in creating an event that attracts world-class, record-breaking, national and international riders every year. This prominent event in the road racing calendar attracts thousands to the Lisburn and Castlereagh area and I hope that every one of them takes some time to enjoy the wonderful sights and hospitality our area has to offer while they’re here.”

Alderman Tinsley added: “We’re proud to have the world’s oldest road race right here on our doorstep. This event places the village of Dundrod firmly on the international map for road racing and is enjoyed by people of all ages and interests, racing enthusiasts as well as families. The event receives great support from the local community and landowners. I’d like to thank them for their continued support which goes a long way in ensuring its success.”

UGP Clerk of the Course, Noel Johnston, paid tribute to Lisburn and Castlereagh City Council’s continued support of the event:

“’I’d like to thank the Mayor, all of the elected members and the council staff for their continued assistance,” he said.

“The support we receive from the council is vital and the race would not happen without it.”

Johnston is delighted to have secured the services of the world’s top road racing duo for the 2019 Dundrod festival of speed.

“It is just six weeks until the start of Ulster Grand Prix Bike Week and this year’s event promises to be one of the fastest and most exciting ever,” he said.

“It is great to have Peter and Dean heading the entry list. They are the two riders who are doing most of the winning at the international road races at the minute and they are coming to the Ulster on top form after their TT performances. They went head to head at Dundrod last year and I think we will see lots more of that rivalry this time around.”

The afternoon of Thursday 8th August sees the start of the race programme, including the first of the meeting’s three Superbike races, plus action in the Supersport, Ultralightweight/Lightweight and Supertwins classes.

‘’We will be announcing an impressive line-up of great riders who will be trying to make sure Dean and Peter don’t have things all their own way this time around,” the UGP Clerk of the Course smiled.

“And that will make this year’s Ulster Grand Prix a mouth-watering prospect for every road race fan.” 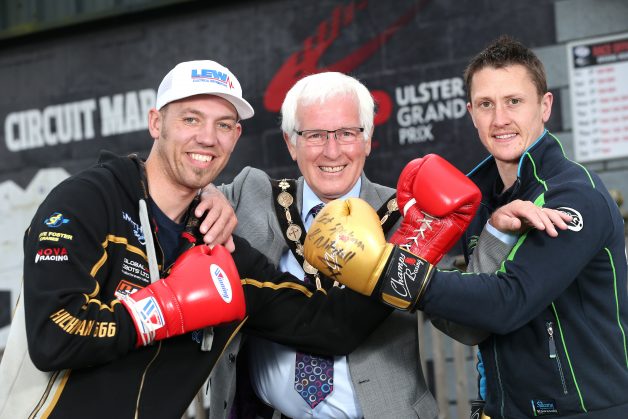 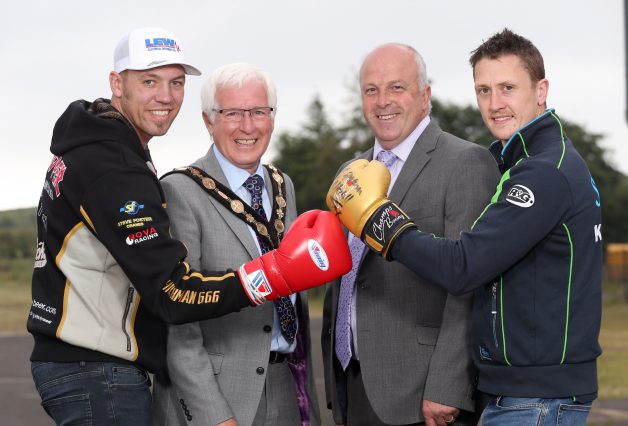 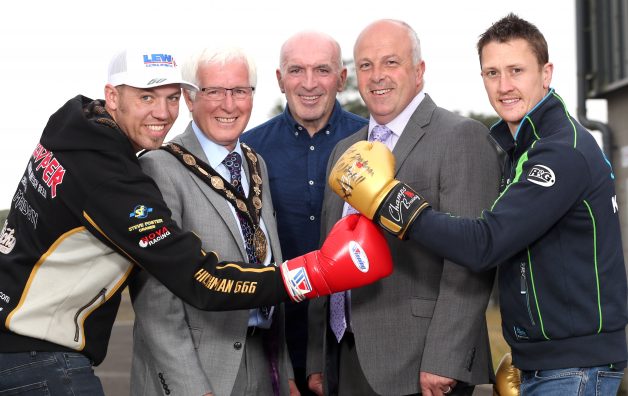 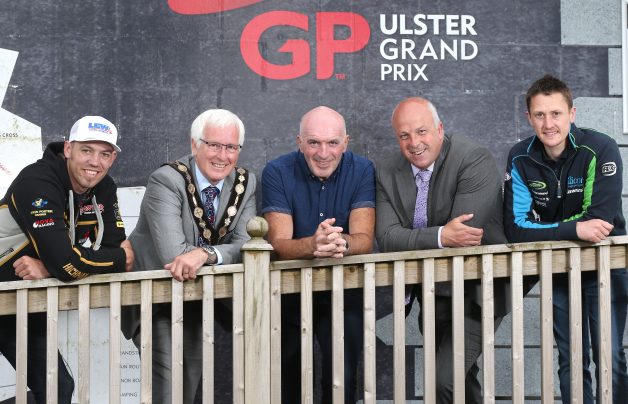