UGP: The Fastest Road Race In The World

Road racing is a sport like no other; it’s exciting, enthralling, entertaining. The speeds reached by riders, in conjunction with how close spectators can get to the action, all combine to create the very special experience that is Road Racing. When you consider that The Ulster Grand Prix is billed as “The World’s Fastest Road Race”, then you can begin to imagine just how much more a unique experience it is.

In all of the major International Road Racing events across the world, there have been just over twenty occurrences of fastest lap records having been set, where the illustrious 130mph average lap speed was exceeded. What you may not know is that, of these top twenty occurrences, an amazing total of seventeen were broken around the UGP Circuit! In fact, Donegal rider, Raymond Porter, was the first to officially break the 130mph average lap speed barrier in 2006…a year before John McGuinness broke it at The TT. And where did Raymond break this lap record?…at The Ulster GP. What may be even more astonishing is the fact that Raymond was still beaten to the line by Guy Martin, for whom it was his maiden international road race win. 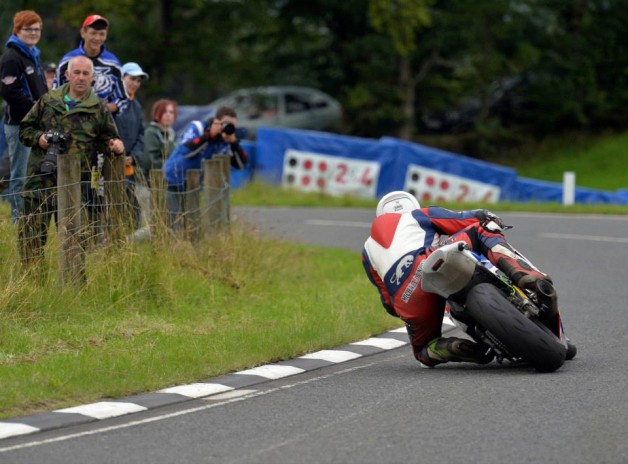 The current lap record, held by Kiwi Bruce Anstey in 2010, was set at an incredible 133.975mph. In 2013 alone, in less than ideal weather conditions, the Ulster GP had the 130mph barrier broken no less than 15 times during both Superbike races. It had the current TT Lap record of 131.671mph exceeded by no less than eight Superbike riders…& that was on a circuit where racing was in danger of being cancelled, due to heavy rain, just 48 hours previously! There can be no denying it: The Ulster GP is not just one of the most exciting & entertaining road races in the world, it’s also the fastest!

To keep up to date with all of the Irish Road Races throughout the season, visit Motorbike Racing Ireland, a FREE TO VIEW online magazine dedicated to promoting this amazing sport. https://www.facebook.com/motorbikeracingireland