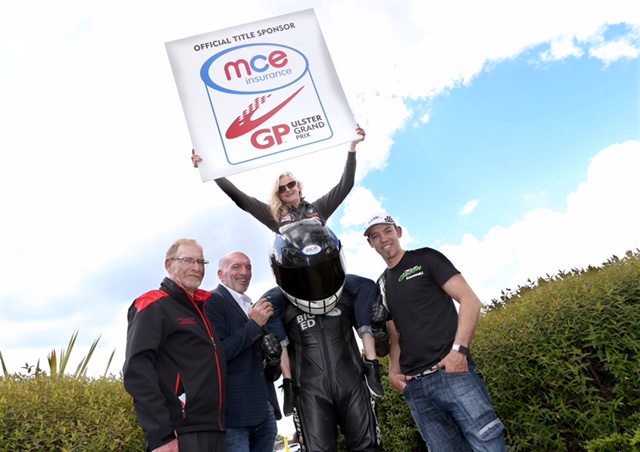 The Ulster Grand Prix is proud to announce that its new title sponsor is the UK and Ireland’s number one bike insurer, MCE Insurance.

The high profile, independently owned motorcycle insurance company, who also headlines the British Superbike Championship, has agreed a significant three-year deal to sponsor the world’s fastest road race, which will now be known as the MCE Insurance Ulster Grand Prix.

Commenting on the deal, MCE’s CEO Julian Edwards said: “We are incredibly proud to finally release the news that we will be the title sponsor for the MCE Insurance Ulster Grand Prix.

“We have been interested in sponsoring a road racing event over in Ireland ever since we began offering insurance for Irish bikers back in 2014, when the opportunity at the Ulster came up it was one we just couldn’t refuse! With such an incredible history, the event truly is a jewel in the road racing calendar!

“We intend to bring all our experience gained over nearly a decade of sponsoring MCE BSB and very much look forward to working with the UGP team. Racing is in our blood here at MCE and this is a very exciting new chapter for us.”

“We’ve seen and been impressed by the support MCE Insurance has offered the BSB in the past eight years. This a company that understands bikes and the mentality of both bikers and bike fans, making it a fantastic fit for us and one which we believe will allow us to really build our profile as the world’s fastest road race across the UK, Ireland and beyond.

“For us, MCE’s decision to commit to a three year deal is a clear demonstration of confidence in the strength of our event, which undoubtedly offers some of the most thrilling racing seen anywhere on the roads, and its ability to offer significant exposure and value to its partners.

“It goes without saying that there would be no event without the support of our stakeholders, and this is an opportunity for us to thank MCE for getting involved, as well as organisations such as Lisburn & Castlereagh City Council, Tourism NI and the Ulster Grand Prix Supporters Club, plus a wide range of private sector sponsors for their ongoing support. We will have more news on this front in the coming weeks.

“As our recent decision to introduce a superpole qualifier for the superbike class for the first time in road racing shows, we are working hard behind the scenes to deliver another spectacular week of racing this August, and I don’t think the fans will be disappointed,” added Noel Johnston. 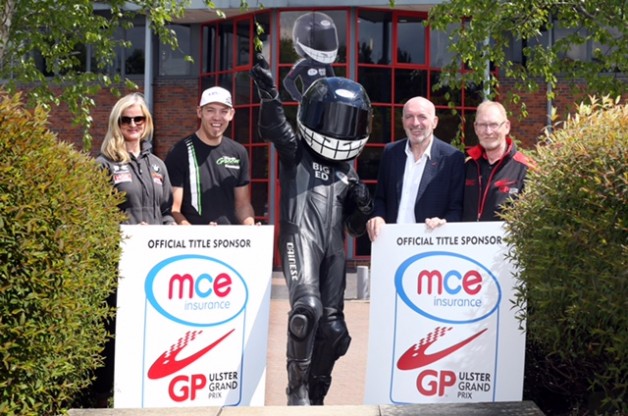 Top road racers Maria Costello and Peter Hickman join MCE Insurance’s Big Ed and Ken Stewart and Noel Johnston of the Dundrod and District Motorcycle Club to announce the title sponsorship of the Northern Ireland race at the insurance giant’s base in Northampton.
PICTURES BY STEPHEN DAVISON 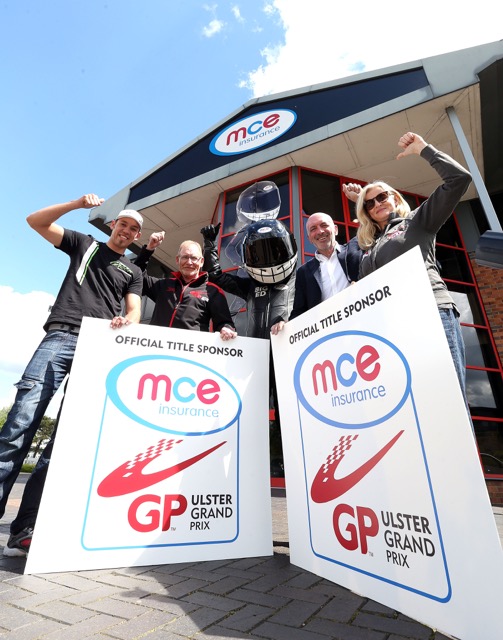