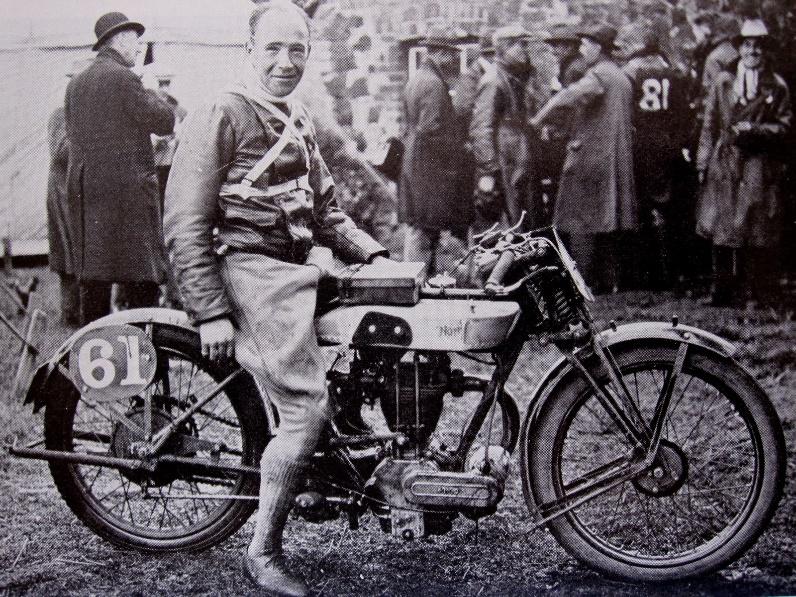 What makes a man want to race a machine at speeds of 200mph on closed public roads, the ‘furniture’ only inches away? Perhaps more pertinently, why and when did it first start?

The simple answer, I think, is for the adrenaline-rich thrill that must make one feel truly alive and, perhaps more importantly, the glory.

In that respect, not much has changed since the 1920’s with many of today’s riders taking a break from ‘day’ jobs as plasterers, plumbers and mechanics to name but a few, to race on the Irish roads; racing is a passion, it’s in their blood and, like an incurable disease, there’s nothing they can do to alter that. This fact epitomises a tangible lineage from the earliest racers to today, many race for the same reasons – the glory is everything.

The Ulster Grand Prix did not start life resembling the well-oiled, media covered famous event it is today, indeed, it wasn’t even the Dundrod Circuit that was used, rather it was the Clady Circuit which included the infamous ‘Seven Mile Straight’.

Only from 1953 onwards was the Dundrod Circuit the venue for the ‘Ulster’.

Irish Road Racing like motorbiking in general is, for many, a way of life and is a desire that runs deep. No matter what style of bike one may admire, we have all found ourselves looking lustfully, like children in a sweet shop, at various machines.

It helps define us and this enthusiasm was no different for a certain Thomas Moles. Moles was a politician born in 1871, and it is he we have to thank for the commencement and ability to continue the tradition of racing bikes, rather quickly, on closed public roads.

Moles’ profession was as a journalist, writing for the Belfast Telegraph from 1909 to 1924 and working as its Editor from 1924 to 1937. However, it was in his role as an elected representative that he helped enact the ‘Road Races Act’ that enabled the roads on the Clady Circuit to be closed for the first Ulster Grand Prix on 14th October 1922.

The original Clady Circuit, run in a clockwise direction, was an impressive 20.5 miles long with the pits on the B39 near Loanends School; the main (‘Seven Mile’) straight was punctuated by a right hand turn west at Clady Corner before the bikes travelled along the A52 Belfast to Crumlin Road between Clady Corner and Thorn Cottage, then taking minor road[s] north from Thorn Cottage (including a section of RAF Aldergrove) to Greenmount near Antrim and from Greenmount to Muckamore Corner before turning south-east onto the B39 ‘Seven Mile Straight’ again.

It is alarmingly difficult to get anything more than ‘mock-ups’ of the original circuit, so I have attempted to compile overlaying the course on more modern Ordnance Survey maps: to do this I had to initially use pre-1945 maps as many features that exist today were not at built at that time, hence why the route appears to cut through modern features.

After a hiatus during the Second World War, the circuit was shortened in 1947 to 16.64 miles, the section from Thorn Cottage to Greenmore removed; this shortened version ran from Clady Corner to Nutts Corner before turning north to Muckamore House near Antrim.

In 1953 the Clady Circuit was abandoned altogether for racing, the Ulster Grand Prix moved to its current home at Dundrod.

The ‘Seven Mile Straight’ was notoriously bumpy and even on a modern bike would probably be buttock-clenching. One can, therefore, only imagine the bravery and more importantly skill of these early pioneer racers.

The straight gave rise to the term ‘World’s Fastest Road Race’ even prior to its move to Dundrod: George Printamp, President of the Commission Internationale de Tourisme Motorcycliste (precursor to the Fédération Internationale de Motocyclisme or FIM), called the Ulster Grand Prix at Clady; “The fastest road circuit in the world”.

Walter Rusk, who won the Ulster Grand Prix in 1934, also stated that he believed it to be the world’s fastest motorcycle race. Appropriate, then, that this lineage has continued today. 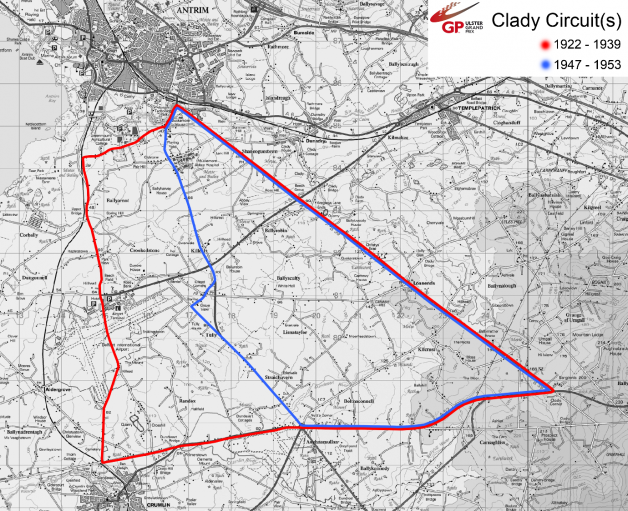